The time has come to break up the two-party system 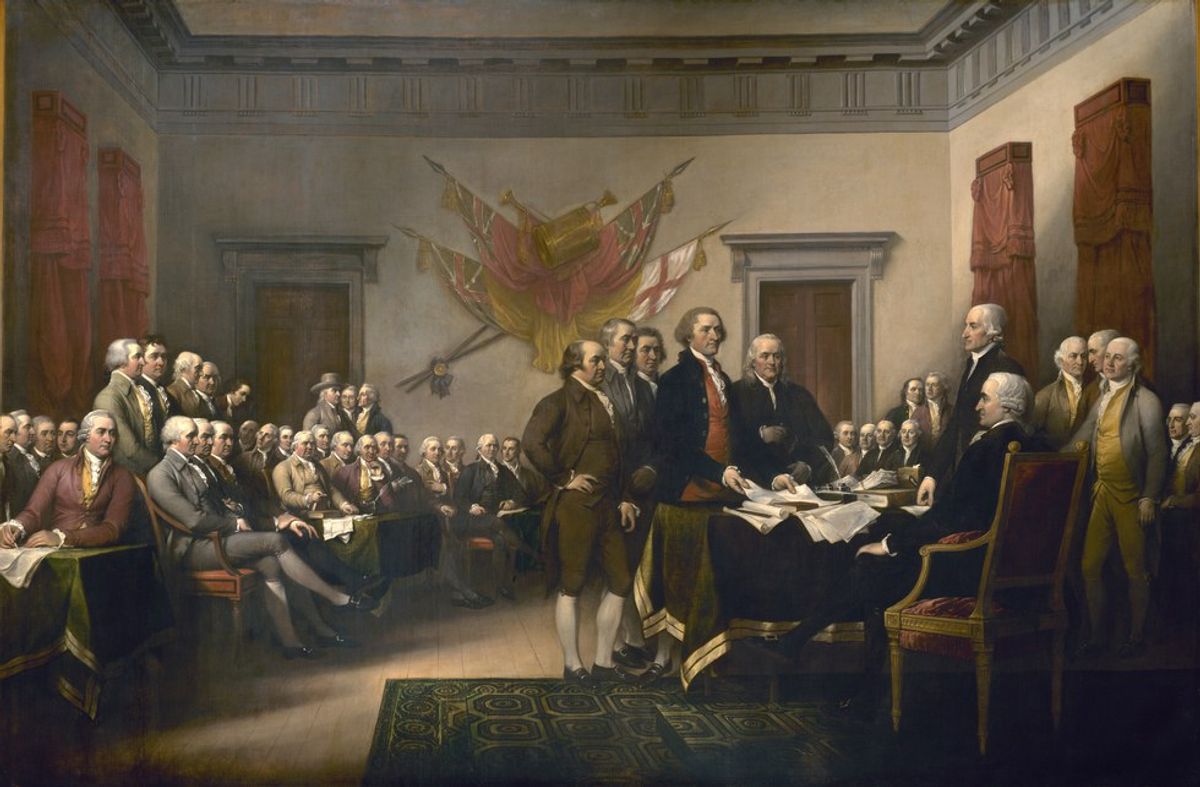 "When in the Course of human events, it becomes necessary for one people to dissolve the political bands which have connected them with another, and to assume among the powers of the earth, the separate and equal station to which the Laws of Nature and of Nature's God entitle them, a decent respect to the opinions of mankind requires that they should declare the causes which impel them to the separation." In case you don't know, this is the opening paragraph of the Declaration of Independence. Opening one of our greatest foundational documents, Thomas Jefferson realizes that the colonial citizens had to break away from the government of Great Britain in order to live as free people. Although the principles the Founding Fathers implemented were designated for the conflict between America and England, the very principles are universal and are able to be applied today.

True conservatives find themselves in a bad situation concerning the presidential election. Voting Clinton is impossible, Trump unthinkable. Yet the two-party system dominates our politics, so we know the next Commander-in-Chief will be one of the two lead candidates. At the same time, though, are conservatives duty-bound to continue supporting the Republican party? I argue we are not. The GOP is all but dead and it is now a group dominated by social liberals. Jefferson and the Founding Fathers knew that when a political organization is crippled by immorality and deception, the time has come to abandon the sinking ship and create a new means of running the government.

America is controlled by social liberals, Democrats and Republicans. To those Republicans I ask, what is the point of a good economy if the people are full of vices and society crumbles? My message to total conservatives is that the time has come to strike a blow to our two-party system. Because there is no home for conservatives, we need to abandon the Republican party and establish a party that will stand up for us. America is lost socially, but that doesn't mean we are unable to reclaim a balanced nation.

Donald Trump might sound good, but his entire track record up to recent years is totally liberal. I'm not denying people can change, but even now, Trump is still proclaiming liberal policies to the cheers of his Republican followers. His recent stance on paid maternity leave is just one such instance. Why should conservatives be degraded if they don't vote for him?

I'm not one to support revolutions often, but I firmly believe the time has come for an American revolution against the two-party system. Our current position parallels the Founding Fathers' situation in more than one way. We have groups such as the Constitution party which could act as a springboard. Or we could even form an entirely new party. Either way, the scales of our political system are completely tipped. The Supreme Court makes laws and no longer keeps the Executive branch in check. The Legislative branch does nothing and submits to the whims of the President. Trump is only further weight on the already tipped scale. Conservatives need to work on leveling the scale.

However, a political party can only do so much. No party or politician can fix America's problems. The government, as Abraham Lincoln said, is "by the people" and "for the people." The task of healing our nation lies with us, the citizens. Our duty is to make an impact of change for the betterment of our society. The single way to fix America and level the scales is to fix the society. John Adams once said that our Constitution was only for a moral people. Revolutionizing our culture to better morals needs to be a priority for conservatives. Join independent conservatives in speaking against not just Democrats, but Republicans just the same.