Follow up on Household life as told by Disney Princes 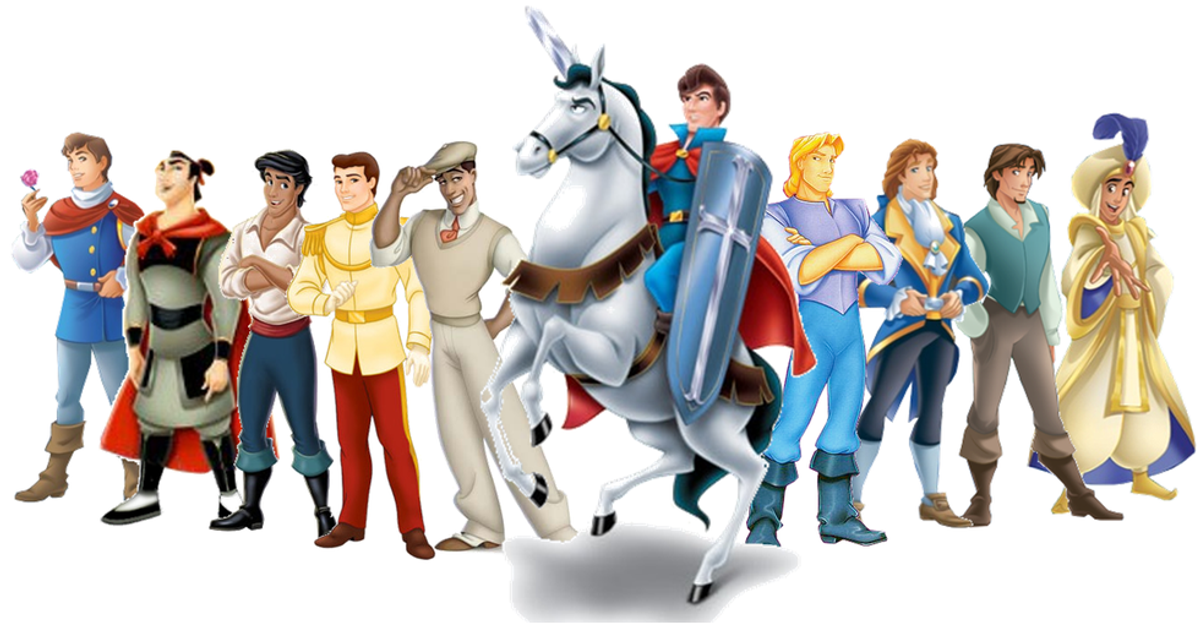 Alright, you asked and I delivered... kind of. Here are the Disney Princes' Franciscan profiles! (I am aware, however, that Han solo is not, in fact, a Disney Prince, BUT I used Leia so I thought we could all share the "Rebel Without a Cause" that we all know and love.)

Household: Guardians of the Divine Will

Why: "As Guardians of the Divine Will, we draw the entirety of our lives into the loving dialogue between God and man through our commitment to purity, consecration, and mission. We make it our priority to offer our entire lives towards the fulfillment of God’s plan of salvation for all men and women -"(http://www.franciscan.edu/households/mens/guardian.)

Major: Theology and Catechesis -- This one was hard to place, but I think with the strength and passion that Prince Phillip has, he would be integrel to help the youth fall in love with the faith

Why: "Following in the footsteps of Peter and Andrew, we drop our nets and follow Him; setting aside our own agenda and having pure trust in His providential guidance. As the disciples were simple, ordinary men, so are we simple, ordinary men whom the Lord has called to build his kingdom." (http://www.franciscan.edu/households/mens/fishers-...)

Major: Biology -- Eric was a fisherman and a man who loved the sea, he would definitley be a man interested in the science of biology, specifically Marine Biology.

Household: Disciples of the Word

Why: "We as brothers in Christ, walking together on the path of righteousness, encourage one another to become models of chastity, respecting women in their complete dignity, for '...everyone who looks at a woman with lust has already committed adultery with her in his heart.' -Matthew 5:28." (http://www.franciscan.edu/households/mens/disciple...)

Major: Communication Arts -- Bold, daring, and absolutely willing to get into the thick of the action, Aladdin would do well in the Comm Arts.

Why: "By virtue of being humans created by God, we have innate dignity. So too, every person has innate dignity, worth, and beauty. The princely dignity we possess gives us a responsibility to treat ourselves and others with the highest level of respect and love." (http://www.franciscan.edu/households/mens/corpus-c...)

Major: English -- Prince Adam, after having Belle in his life, would be an English major because he shares in her passion for literature.

Why: "We challenge one another to love unconditionally, encourage each other to participate in the sacraments and daily prayer, and support our brothers in bearing their crosses by claiming the passion of Jesus as our victory." (http://www.franciscan.edu/households/mens/conquer-...)

Major: Education -- Charming would be an education major because of his unconditional love, not only for Snow White, but because he was also very understanding towards the dwarfs.

Why: "...if that day should come, while more regularly participating in a daily, 'white martyrdom' of dying to oneself and one’s passions. Specifically, the household does not seek out bodily death, but rather courage in the face of death, spiritual and physical, with the knowledge that our King died and rose to conquer death. Upon the foundation of martyrdom, the martyrs build three charismatic pillars of discipline, sincerity, and servitude." (http://www.franciscan.edu/households/men/#sthash.C...)

Major: Marketing -- What does everyone love Flynn Rider for? His smoothness. So pursuing a career in Marketing makes sense as he is a great persuader.

Household: Servants of the Savior

Why: "We brothers who are members of the household 'Servants of the Savior' will no longer be silent to the mediocrity around us. We have recognized our call to Holiness and have chosen to reject the complacency we see in ourselves, the campus, and the world. Realizing that we can do anything in him that empowers us, we will cling to Our Heavenly Father in an intense prayer life searching for the Heart of Christ with no concern for our personal comfort." (http://www.franciscan.edu/households/men/servants-...)

Major: Philosophy -- He is already intruiged by Greek mythology, why not study some of the great Greek and Roman philosophers? As well as some of the newer greats, like Aquinas.

Why: "This statement summarizes our struggle up earth. A struggle with the most important of spoils: the souls of mankind. We realize that our ultimate fate hinges upon this battle." (http://www.franciscan.edu/households/men/#sthash.x...)

Major: Political Science -- This would make sense as to how he would meet Mulan, in addition, being a warrior, it would make sense to understand how the government works so he can act accordingly in a time of war.

Household: Brothers of the Eternal Song

Why: "We feel that the Lord has crowned us with service: Service to God, Service to each other as brothers, and to our duty as Soldiers against Satan. God has formed us, He has breathed His life into our coarse structure of words, and has become our Song, the only thing in this life worth living for." (http://www.franciscan.edu/households/men/brothers-...)

Major: Business -- For a long time, before Kuzco understood ethics, he had the desire to build a kingdom on a hill, now he knows better and could use his ability elsewhere, yet still in the realm of business.

Why: "St. Francis was transformed and received the Sacred Stigmata from a seraph who bore the likeness of Christ crucified. Similarly, the brothers of Seraphic Valor call upon angels to transform ourselves as we enter into a brotherhood of metanoia. This brotherhood consists of continuous conversion primarily through the sacraments of penance and Holy Communion." (http://www.franciscan.edu/households/mens/seraphic...)

Major: Sacred Music -- Naveen is known for being a carefree soul. That's not why he is in music though, he enjoys the joy it brings others, and quite possibly he would enjoy praising Christ with his talent.

Why: "There is only one reason for maturing into the man God calls each of us to be. That sole reason, that sole purpose, is to love, know and serve God -- to be transformed completely in Jesus Christ. Rather, to let him live perfectly in us." (http://www.franciscan.edu/households/mens/apprenti...)

Major: French -- Cinderella is a French tale. Charming would probably be interested in the culture, the language, and the history that comes with his heritage.

Why: "It is our understanding that we are only what we are before the almighty, infinite, and all-loving God and nothing else. It is therefore important that a brother endeavor to act in a way that will lead to a humble spirit." (http://www.franciscan.edu/households/mens/brotherh...)

Major: Biology -- Reindeers ARE better than people and Kristoff would love learning how to better care for reindeers, hence why biology would be the best place for him.

Why: "We, the brothers of Ad Majorem Dei Gloriam, pledge from this day forth to glorify God through our actions and unified brotherhood. Guided by the power of the Holy Spirit, with the Blessed Mother as our model, we proclaim our dedication to growing in the Catholic faith." (http://www.franciscan.edu/households/men/ad-majore...)

Major: Engineering -- In order to fly a "hunk of junk" one needs to understand how to modify, fix, and fly it.

Household: Knights of the Holy Queen

Why: "Knight is a servant. The way we treat one another must be guided by humility, each kneels down to wash the feet of his brother Knight. A Knight is pure. We call one another on by words and example to purity in our relationships with women. For the honor of our Holy Queen, may we always honor all women; in our conduct towards them and in all our conversations about them." (http://www.franciscan.edu/households/mens/knights-...)

Major: I honestly think Robin Hood would be either Nursing or Pre-Med, as he lives to serve people and help people in times of need, what better way to do so than helping save lives?

Emmaline B
The Narrative
65577
https://unsplash.com/photos/O0T1SIgHAfM