I'm Discovering My Favorite Sounds In Life Aren't Songs, They're Sounds Of Happiness

I'm Discovering My Favorite Sounds In Life Aren't Songs, They're Sounds Of Happiness

It is important to listen to the sounds around you 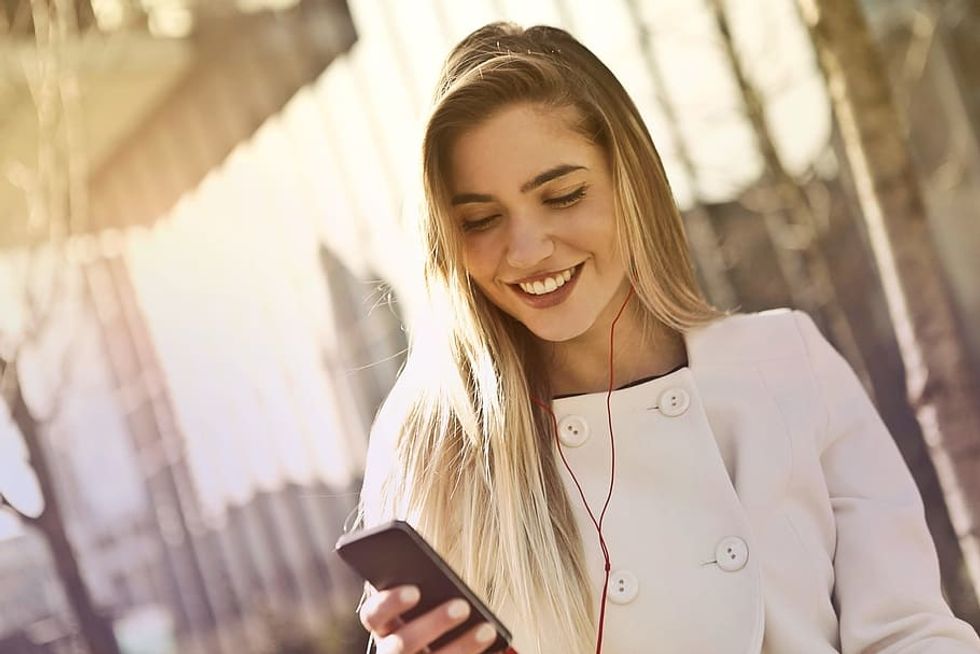 In this lifetime, we come across different songs at different stages in our lives that captivate our souls.

When I was seven years old, I was utterly obsessed with every single Hannah Montana song out there.

When I was 12 years old, Madonna songs were the soundtrack to my daily life.

When I turned 16 years old, Fleetwood Mac's "Dreams" was suddenly the only song that existed.

Now, I am 20 years old, and although I cannot get enough of The Stone Roses, Ian Brown, Oasis and The Verve, I have discovered that my favorite songs are not in the traditional forms of music:

I have fallen head over heels with the sound of happiness in people's voices.

It started with my friend. She loves art history, floral printed blouses and folk music. It was the middle of May when we were having lunch together. Her voice was its usual soft monotone until she told me about a new exhibition that was being displayed at the Museum of Modern Art.

Although I was staring down and digging into my pasta while she was speaking, I heard the exact moment a spark of excitement ignited a ripple of excitement within her vocal cords. Suddenly, I looked up and there was a glimmer in her eyes and a radiant smile on her face.

The more I listened and engaged in the conversation, the more I noticed the joy that was bursting from her soul.

Next, it was with my sister. She loves Disney, her boyfriend and a whole bunch of legal terms that I do not know how to pronounce or spell. (She's in law school.)

One time she was feeling down so I started asking her questions about her trip to Disney World with her boyfriend. With each detail she told me about her trip, her voice that once sounded like it was polluted with clouds was now filled with an abundance of light.

Her mood took a complete 360, and all it took was for me to listen to some of the things that she found great pleasure in.

Then, it was with my mom. She loves Madonna, reality shows and dogs. We made plans to go to Target after work, but when she got into the car she told me that she had an extremely stressful day at work. Her voice was contaminated with irritation.

After she expressed her frustrations, she suddenly remembered her Madonna concert was less than one week away. As we engaged in a conversation about Madonna, which songs my mom was hoping she would sing at the show and what costumes she would wear on stage, the irritation in my mom's voice transformed into complete bliss.

I even noticed it with my stepdad. He loves football, especially the San Francisco 49ers. Though I don't care much about the sport, I always make sure to listen when he tells me about how well or how poorly his favorite team did in their last game.

I listen because I know it makes him happy to know that someone cares about what he cares about.

I listen because I love the sound of happiness in people's voices.

So yeah, I do love my British bands, but I also love when the sound of sunshine is exuded when people talk about the things they love and the things they're passionate about.

I guess all I need to do to hear my favorite song is to really listen to the people around me, and you should do the same.

Take a few moments out of your day to hear someone talk about the things they love dearly. The light heard in their voice may bring immense light to your day.