Disagreement Does Not Equal Hate
Odyssey

Disagreement Does Not Equal Hate

In a world full of hate, more hate isn't the answer. 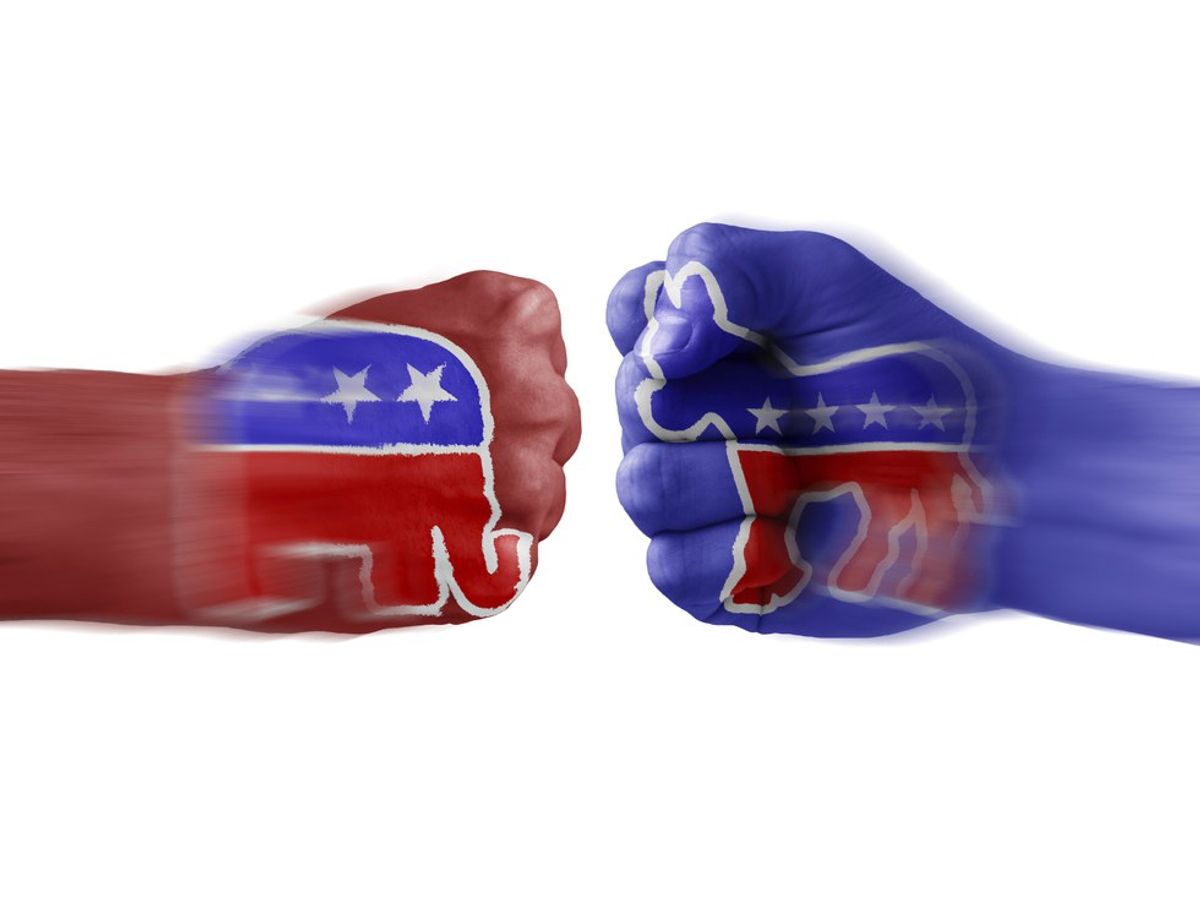 The 2016 presidential election. The Orlando shooting. The transgender bathroom debate. The Brock Turner rape trial at Stanford. Various social, legal, economic, environmental, and political issues that have plastered the headlines of newspapers, magazines, and the internet. These recent events have caused an extremely large amount of hate among the citizens of our country; is that really the best way to handle it all?

Now, I'm not talking about hate towards the tragic events of the shootings, Brock Turner's sentence, or even towards Trump's and/or Clinton's proposed policies. I'm talking about the hate thrown by innocent people to other innocent people when talking about these issues. Whether it be discussing gun control laws or Trump's immigration policies, we simply aren't having discussions anymore. Many of us are being immature and occasionally verbally abusive to people just because we disagree with their opinion. And that needs to stop.

I wholeheartedly agree that it is important to discuss the issues at hand. Completely ignoring and being apathetic towards these topics is not the answer by any means. I'm not saying we should avoid confrontation entirely and keep our opinions to ourselves just to keep the peace. Thanks to the first amendment, we all have the freedom of speech, which is something that not every country grants its citizens. We should take advantage of this and voice our opinions, but also be prepared for people to disagree with us. The freedom of speech does not guarantee that people will not respond with hate; those hateful people also have freedom of speech. But just because we are free to spread hate, doesn't mean we should.

Disagreement and hate are two very different things that we have started to make synonymous when talking about politics. Fifty innocent people were shot and killed in a night club in Orlando, and meanwhile, people are flinging hate at each other in the comments section because they disagree on gun control. Posts about a presidential candidate's stances on certain issues have turned into metaphorical bloodbaths among voters. It's about time we asked ourselves: amidst all of the horrible events happening in our country, not to mention those throughout the rest of the world, is spreading hatred really the best way to deal with it?

Take the presidential election, for example. If you were to say to me that you think Trump would be a great president of the United States, I would disagree with you. But how would me hating you as a person change anything? It wouldn't make you change your mind or your vote in the election, so what exactly would I be trying to accomplish? As I have written about earlier, "No matter where you go, who you hang out with, or what you say, people will disagree with you." If we hate everyone we disagree with, eventually everyone will hate everyone.

We will never all be in agreement about anything, so it would be a lost cause to expect that to happen. Disagreement isn't the problem; it's outright hatred. Our country is going in a downwards spiral, and one of the forces pushing it down that spiral is the hate manifesting itself in everyday Americans. Hating someone won't make them change their stance on an issue, so maybe acting like cruel 12-year-olds isn't the best way to go. Let's all try to be mature adults and discuss the issues at hand with some grace and respect, shall we?