Difference Between Baseball and Softball

Difference Between Baseball and Softball

While observing these two games, typically, they do look and feel similar, but certain differences make them

individual sports. What is better? Softball or baseball? Let's find out. 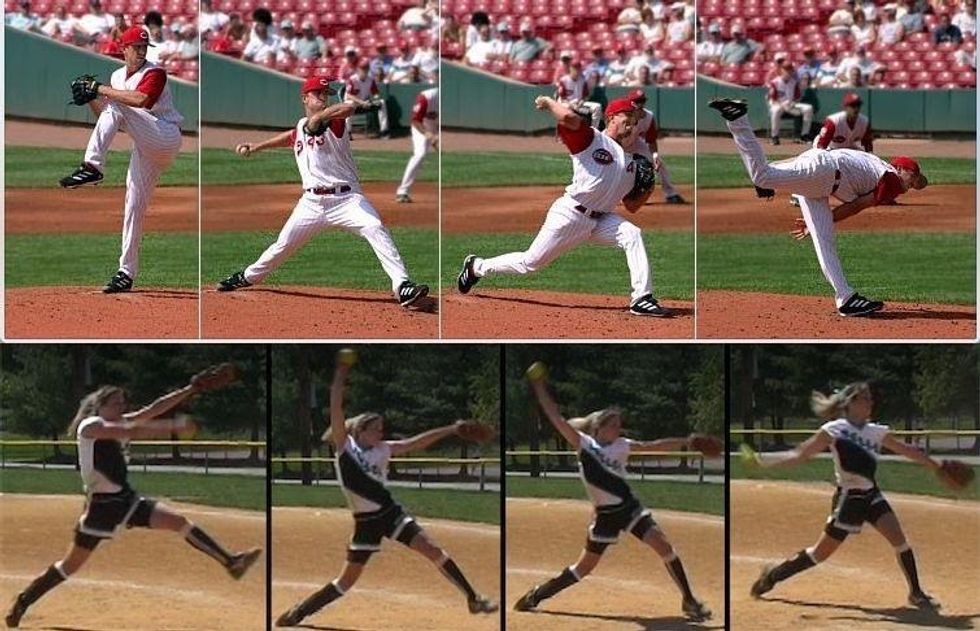 It is important to note that much of the difference between the two games is dependent on the instructions and the materials used in the game.

Baseball was a prevalent sport even before softball was invented.

Softball is a subtler version of baseball that was first regarded as an indoor sport but was soon turned into an outdoor one with its own independent set of rules and regulations.

Here is what you will come across in this article-

Keep reading, because we are just getting started.

Where does Softball come from?

Softball was developed as an indoor sport and as a version of baseball.

Whereas baseball is a more sturdy game played by toughies and not suitable as a breezy recreational game.

Since baseball and softball seem very similar in most aspects, softball can be said to be used as a base game to learn the basic rules of baseball.

Even though the rules in the two games seem very similar to each other, they are but two different individual sports with a separate set of individual rules.

Hence, baseball and softball are considered as two separate due to their underlying differences. Let us look at what these differences are in detail.

Minute Differences between baseball and softball

If we are to look at the differences underlying softball and baseball rules, we need to review the minutest details that there is.

Bats- The first and primary thing we are going to look at is baseball bats. There is a difference between bats used in baseball and bats used in softball.

The baseball bat is usually longer and wider and is heavy. It takes a lot of strength to lift the bat up to hit a home run. Baseball bats are predominantly made up of wood, a heavier kind of wood.

Ever heard that 'CRACK!' sound that you come across every time a baseball bat hits the ball? The bat used in baseball needs to be that strong to sustain that noise.

Looking at softball, on the other hand, we can say that since the game was created for recreational activities so that children and families could play it, the bat was crafted in a way that was light to lift and has an easy grip to hold. The players use bats made of various light composites so that it is easily operational.

Balls used - The balls used in baseball are sturdy and are white with red stitching around them. When you hear the word 'stitching' on a ball, you know how hard and heavy it is. They are only 9 inches.

Hence the balls used in baseball are typically really heavy and sturdy. You'll get a black eye if they come your way, so watch out.

On the other hand, the balls that are used in softball are bigger and 'softer', hence the word 'softball.'

The balls used in softball are designed to not be a threat to the players since it is considered a recreational sport. The ball is usually around 12 inches and is feasible for safe-play.

What does that mean? Let us find out!

In a baseball game, the pitching is mounted 60 feet away from the plate. This gives out the impression that the field encompassing the baseball game is much

larger, entailing more and more people at the end.

However, when it comes to softball, we can say that the field per se is much smaller than the baseball one. It is pitched at only 43 feet away from the plate. That makes it easier for the players to score a home run.

However, there is a significant difference in the way the home run is scored.

In softball, the ball is usually thrown underhand and in baseball, the ball is thrown overhand. However, there is no written rule per se. It is just a rule, which baseballers and softballers are used to following. It just establishes a definitive difference between the two.

The Field of Play

When it comes to differentiating between the two, the way and the distance by which the bases are placed, is very crucial.

When it comes to baseball, the bases are placed at about 90 feet apart from each other. This makes it challenging gameplay.

Now, when it comes to softball, the bases are placed about 60 feet away from each other, which makes it a more feasible and shorter place to play the game.

Another mode of differentiating between the two games is by comparing the salaries of professional baseball and softball players.

When it comes to baseball, the National League

Baseball is the real gameplay. This is where all the professional players get to show their talents. On playing matches here, professional baseball players earn up to 4 Million dollars a year.

However, when it comes to softball, the professional tournament that people opt for is called National Pro Fastpitch. Here the yearly salary roughly mounts up to

Now that we have learned about the differences surrounding the two games, we are going to answer a few of your most asked questions regarding the two.

Let's Bring on the FAQs

So as we have observed from the extensive FAQ section in this article, softball generally seems to be a lot tougher than baseball as a sport.

However, this is not reflected in either the salaries of professional softball players or in the adequate representation of the game.

However, with the guided representation of softball as an Olympic Sport in the 2020 Summer Olympics, we

might finally be able to expect an official and professional representation of the sport.

Hopefully, this lengthy article has been of use to you who have had extensive doubts regarding the paradoxes and comparisons between the two sports.

In case you have come this far, make sure to leave a comment below, either stating an interesting fact that you learned about softball and baseball, or leaving any further questions in the comment section below.

We will revert back to you as soon as possible.