Why we should be looking at it as a social movement instead of as a “boochie” fad. 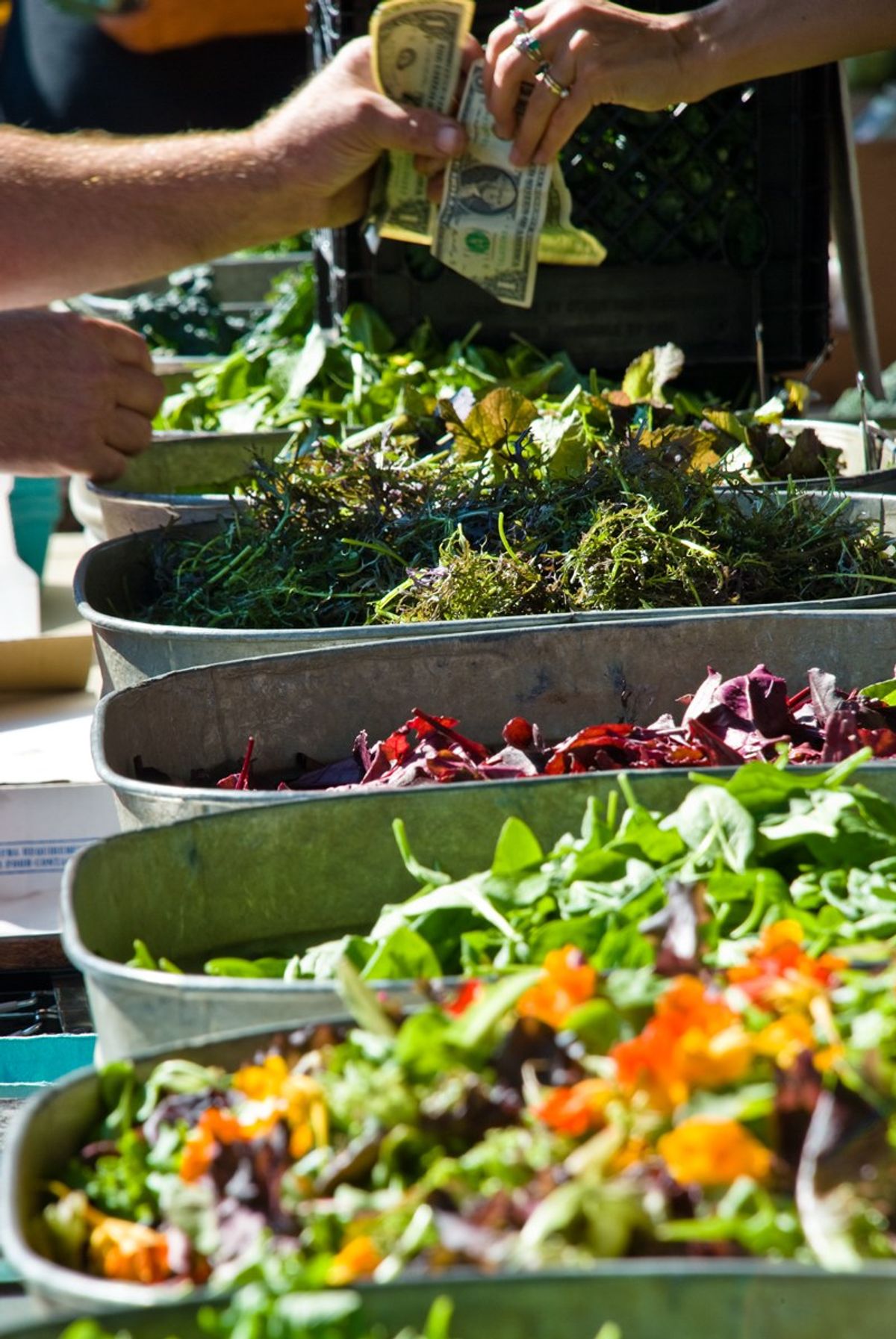 When you walk into most supermarkets in the United States it’s hard to picture that anyone feels limited in choice. With aisle after aisle stocked with a rainbow of brands shouting in bold letters how they are the “World’s Finest” or “Best Value”, instead the average consumer can at times feel overwhelmed with choice.

…. But what if I told you poor people don’t get to choose what they eat, and for the most part neither do you.

In the United States McDonald’s is the largest purchaser of ground beef, potatoes, pork, chicken, tomatoes, lettuce, and even apples. And if you are McDonald's and want every happy meal across the map to be made exactly the same then that’s exactly how you will make sure each of your main ingredients is produced. This monopoly on food production is not limited to McDonald's. There are just a handful of companies controlling our food system and this is even more apparent within the meat industry. When four companies control about 80% of the meat market you are eating food produced from this system even if you do not buy directly from these companies.

A plethora of research illustrates that a plant-based diet reduces the risk of disease. But this is old news! Your mom has been telling you to eat your fruit and vegetables since you were old enough to pick up a fork. What she hasn’t been telling you is that the meat on your plate is doing the opposite to your health. It might be because she never knew, or because she does not have a choice either way.

A common claim made by meat enthusiasts is the need for meat because of protein. But the reality is that humans do not need to eat a lot of protein at all. In fact, if humans get too much they result in health problems as a result. In the end, plant proteins can be just as effective.

The term "organic" wasn’t even used until 1940 because there was no need for it. The food people had access to then is completely different from the food people have access to now. There was a time when heart disease and obesity was not the greatest terrorist America had to worry about.

The increase in relative wealth worldwide over years means that people now have unprecedented access to meat. In the past, this was a luxury reserved only for the rich. Historically, it was the wealthy, the queens... the pharaohs, who succumbed to these same diseases -the same arteries clogged and the same obesity. However, as our habits shifted towards devouring more and more meat people left behind much of their vegetable starch that is so vital. Now we are all on that same destructive path. In the US alone we have 27% of people dying of heart disease, 25% of cancer, 10% of stroke, and four or five percent from diabetes.

We have a food system where uniformity and cheapness are prioritized over the health of consumers... a system where unless you can afford (or care to search for) organic, or truly natural products, you are left without a say in the quality of your health.

Because of this those of us who do have a choice have a moral responsibility to fight back. Living a vegan lifestyle is more than just about saving the animals. By refusing to eat meat and dairy products you cut the power from these monopolies. If McDonald’s does not have the demand, they do not have the control and the same goes for the large meat industry. So be a vegan because you dare to be defiant because you dare to make a sacrifice for a cause bigger than you, because you want the poor to have a choice too.

How My Past Made Me Who I Am Today