Give Him More Credit
Odyssey

Give Him More Credit

So, to all the men out there, thank you. 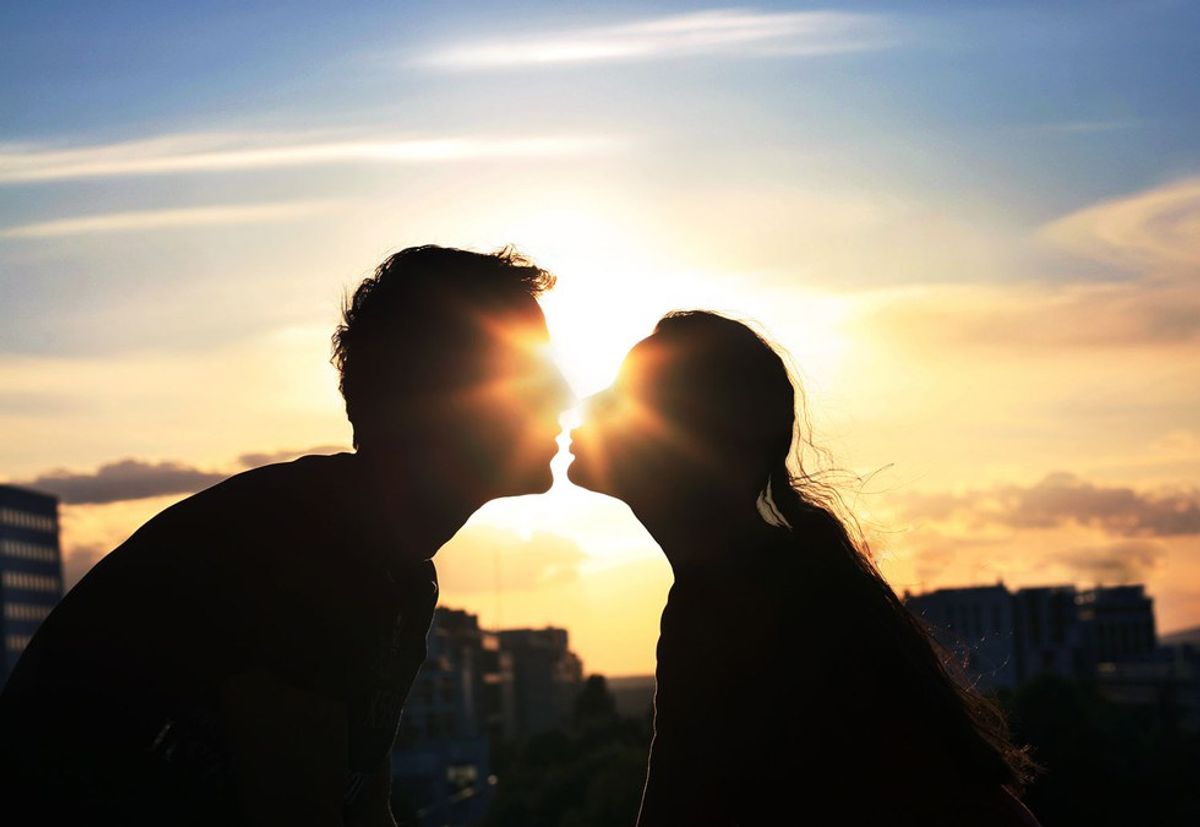 Why is it that women always have an excuse? Oh, she's on her period so she is automatically allowed to be bitchy to you for absolutely NO reason, but if you dare treat her the same way... You might as well run for the door and get out before she explodes into a big ball of hormones and emotions that will ultimately turn into a fight you will never win.

Or you'll have that woman that you hold the door open for that is a hardcore feminist, which means she will likely look at you with disgust for doing such an offensive thing. Just because she's a woman, doesn't mean she can't open the door herself- will be the start of the argument that you will also, never win. She will go on and on about how powerful women are and how just because she has a vagina, doesn't mean she needs some man to open the door for her. This is true, but you were raised different than that. Your act of old-fashioned kindness backfired and you're left standing there, scratching your head.

You can't forget that YOU'RE the man, so you absolutely have to pay for not only your dinner, but hers too. And if you dare let her pay for herself, be prepared for the long car ride home that will consist of non-stop bitching about how you weren't man enough to pay for both of you. You'll think to yourself how she never pays for you both since she is a woman, but you would never dare say that aloud.

You better be ready when she suddenly is mad at you for a reason that she can't even explain. This could go on for days. Then, she will wake up one day and everything will be fine. She will forget that she was mad at you and turn back into a cuddly, love-bug. Oh, but you, you have to forget too and give her all the attention you have. It's like a test almost. A test to see if you can deal with her craziness and still decide to stay. Lucky for you; you passed.

Ladies, let's be honest. We've all been one of those girls before. Sometimes on purpose and sometimes we don't mean to at all. Hormones are a mother-trucker! It's like they bring out this side of you that you didn't even know existed. Unfortunately, we are unable to control the satanic side of us, so men never know when to expect a mad woman.

It's like playing the game "Pie-Face." You spin a needle and whatever number you land on, that's the amount of times you must spin the knob on the game. The trick is, you don't know when the big hand will launch whip cream in your face. Each turn of the knob is one turn closer to pie, in your face. Each day is one day closer to a hormone filled woman that will make you question your sexuality.

But you love her. Her good days make up for the bad ones. You might have grey hair at the age of 25, but she's worth it, right? You look at her and see a perfect woman. You love the way her hair curls when she's just getting out of the shower or the way that dress fits her in all the right places. You love the way her body curves right above those hips or how she smiles at you when you've finally done something right. She is yours and that's enough to make you stay, even on the worst days.

The perfect image you see is nothing compared to what she sees. You'll deal with her crying because of how "ugly" her hair looks or how her face is like playing a game of connect the dots. You'll remind her that she looks beautiful and she will look at you as if you were crazy. She will fight back saying how she isn't even close or that you just don't understand. Once again, you will never win. She has an image stuck in her head and there's no making her feel better.

You can't forget those nights that you're cuddling in bed. It's not your fault that her body just gets you going. Oh, but beware. If she isn't in the mood, this could go one of two ways. She will either want to gauge your eyes out for always wanting sex or she will gauge your eyes out for always wanting sex. However, if she is the one that wants it, you have no choice but to give it. There are no ifs, ands, or buts. It doesn't matter if you're too tired to comprehend or just not in the mood. What a girl wants, she gets and she won't stop till she does. You better just pray for a freak in the sheets or you're stuck getting it only on her terms.

A woman can make you go mad. Between the raging hormones and the urge to just tear your hair out; one thing is for sure: she is quite the mystery. You just never know with women. She may seem like one of those cool chicks that's like one of the boys, but the second you get her to yourself, a different side comes out. One wrong word, move, or action and you're toast. Then you're stuck asking yourself, "Why me?" How could a wonderful ball of sunshine turn into your worst nightmare, but still be the one you love to pieces? My friend, only God knows why.

You may wonder how you got stuck with the woman who is by far, the "craziest." Don't feel alone because you aren't the only one. Every man knows what you're talking about and can relate. That's why you deal with it. There is no escape or such a thing as a "better" woman. Although they're all different, they go through things that are very much the same. You're just lucky enough to live through it with the woman you have. Even when all hell breaks loose, one thing remains the same: you both love each other with all you've got. That's what makes the good days even better and the bad days bearable.

So, to all the men out there, thank you. Thank you for putting up with us. We don't make it easy, but I promise we make it worth it. How you guys manage to deal with it, day by day, is beyond me. They say women are strong for the pain, they go through giving birth. I say men are strong for dealing with nine months of pure chaos. Give him credit.

And to my man especially, thank you. I test you every day and you always pass. You're the part that makes me whole and the calm to my craziness. You're patient on my impatient days and the shoulder I need to cry on. There's billions of other women in the world, but you still choose my crazy self. And I love you for that.