In Defense Of Tomi Lahren's Freedom Of Speech

In Defense Of Tomi Lahren's Freedom Of Speech

The beginning of a troublesome trend 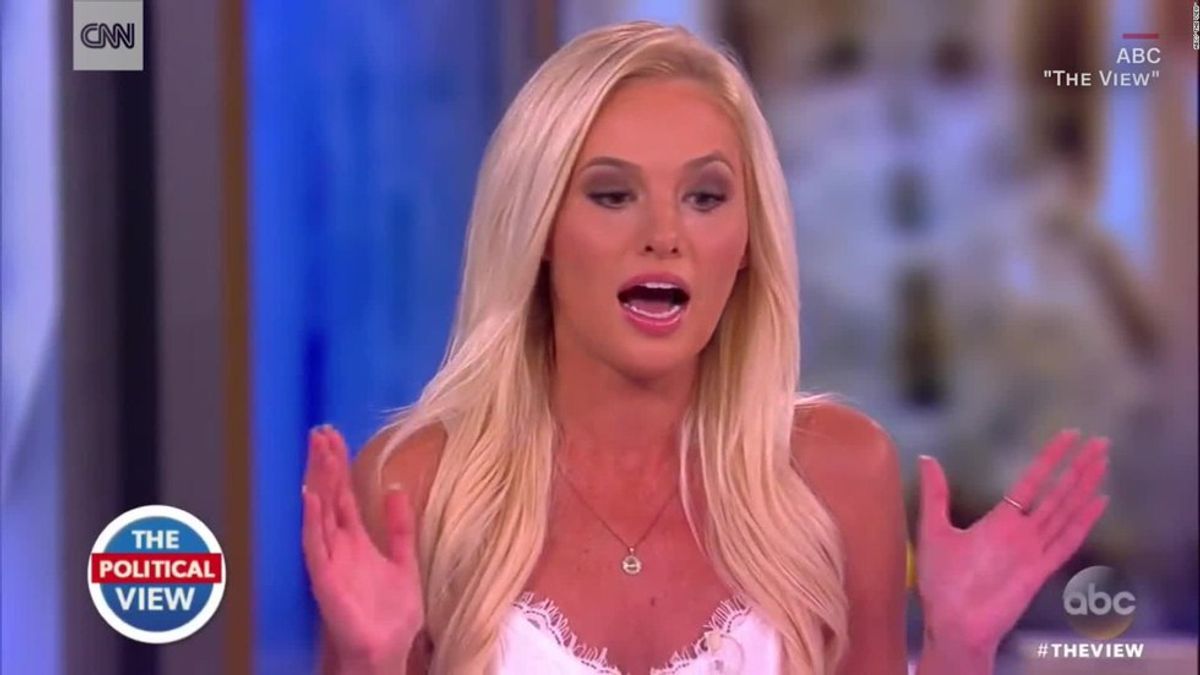 I had never heard of Tomi Lahren before the election of Donald Trump. Now I follow her on Twitter and check out her latest content at least once a week. Yes, I'll admit that half the time this is through a video critiquing her, but I can't deny how well she's made her presence known since the election. Probably because she's a woman who supports Trump and, let's face it, that's not that common.

Just because I don't agree with someone's opinions, doesn't mean I can't respect their achievements. Also, as I've mentioned before, I believe that exposing yourself to opposing ideas is important. Tomi Lahren is a good source of Republican opinions, and I need to keep up on those at the very least to fuel my own writing against them. And occassionally something she says makes sense.

Like the comment she made during her appearance on The View last week. She admitted to supporting limited government, meaning limited gun regulation and limited regulation of women's bodies. While my personal opinion is that we need more regulation on guns, what she said makes sense.

Yet she's faced so much backlash for it her show has even been suspended.

Some claim that her being pro-choice isn't Republican. But supporting limited government, the reason she cited for her opinion, definitely is. Others are criticizing her for using the constitution to explain her position, citing the line in the preamble that "secures the blessings of liberty to ourselves and our posterity." Apparently the fact that the constitution mentions our unborn children means the government should be able to regulate abortion.

That's the most frightening part of this whole thing. Ever since Trump's election the press has been coming under fire. Our president has accused huge media outlets like CNN and ABC of reporting "fake news." It may be a joke for now, but it's already starting a trend. Protesters are getting huge backlash, its been reported that some colleges are attempting to silence student voices, and now this. Now someone has been suspended from her job for voicing her opinion.

Freedom of speech is the most important right my constitution secures for me. I'm already building my career around it, so to see it threatened frightens me.

I'll leave you with Evelyn Beatrice Hall's famous quote: "I don't agree with what you say but I will defend to the death your right to say it." Think about that.