Pro-Life advocates claim that abortion is mentally and physically damaging, murder, irresponsible, and a financial burden on tax dollars, but are those true, fair claims? 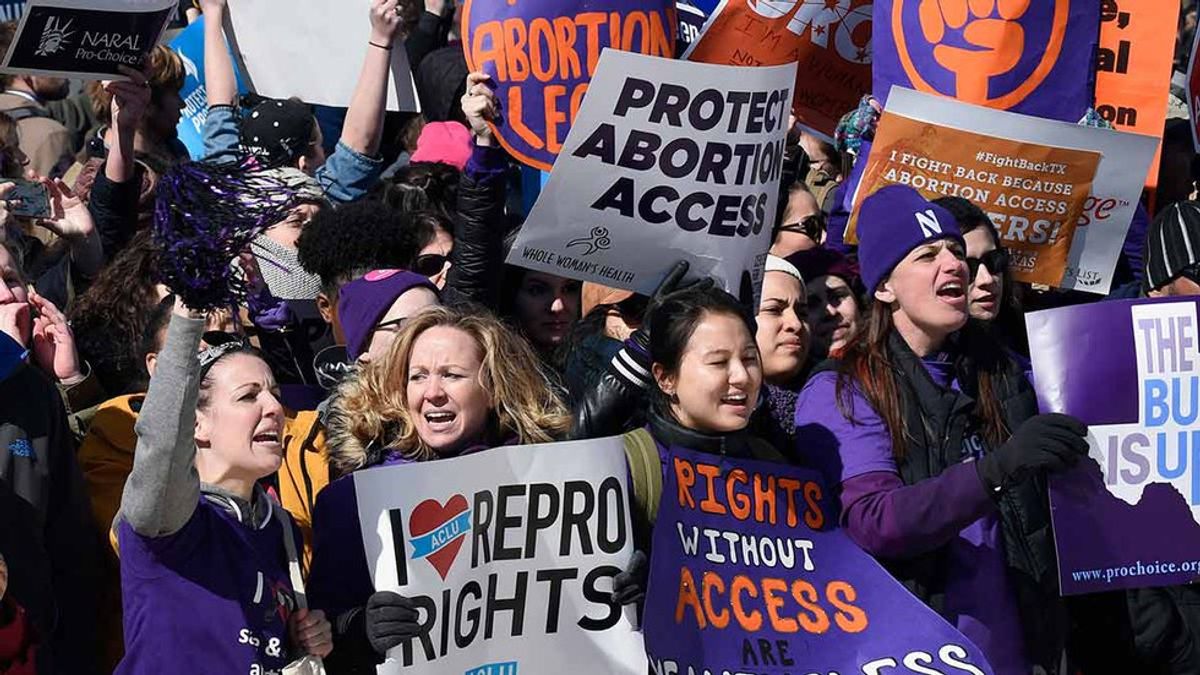 Women have a basic human right to be in control of their own bodies and this was determined by the United State’s Supreme Court in the decision of Roe vs. Wade, yet too often government threatens those rights. Abortion, a personal decision, is thrown around in the political sphere for votes, but when did it become okay for the government and men to interfere in a woman’s health decisions? Whether or not a woman has an abortion should be entirely up to her and she needs to be trusted that she will make the very best decision for herself.

1. Nearly 39 percent of Americans are morally opposed to abortion, therefore it is unfair that it is funded by taxes.

American taxpayers fund military and war efforts, so by that logic because war is controversial it should not be funded by taxes. Don’t worry because the United States' taxpayers have protection against funding a woman’s constitutional right to control her own body under the Hyde amendment. Federal funding can only go towards abortions in serious instances such as rape, incest, or when the mother’s health will be compromised by carrying to term. States can decide to fully fund abortions under their medicaid program but only four do. Taxpayer dollars only fund roughly 24 percent of all abortions.

2. Abortion can cause serious psychological stress and pain and puts a mother at risk.

Yes, abortion can cause stress and presents some physical harm but so does just about every other responsibility, decision, hardship, medical procedure, or activity. Planned Parenthood along with other clinics provide pre-counseling to assist a woman in making the right decision for her within the safety of a non-judgmental environment. A woman is literally more likely to die from a colonoscopy than from an abortion, and it is still not anywhere near likely that you will die from a colonoscopy.

3. Women have the option of adoption.

428,000 children on any given day are residing in the foster care system, foster care is already overflowing. Children’s Rights, an organization focused on advocating for neglected and abused children state; “Many of America’s child welfare systems are badly broken — and children can suffer serious harm as a result.” Is that really a better solution than abortion, to subject a child to years of uncertainty and instability? You may still be thinking that every life deserves a chance, but realistically all of the odds are against these children.

4. Women act irresponsibly and use abortion as another form of contraceptive.

It is no secret that even when used, PERFECTLY different forms of contraception fail. No one thinks abortion is fun or risk free, it is not an easy decision to make, and to assume that of women is to think the worst of them. The reason why many contraceptives fail is because the users lack the sex education and information that could stop product failures.

The claim that women who have abortions are “irresponsible” isn’t a fair assessment. Women who have abortions respect life just as much as those who choose to abstain, they both believe they are doing what is right. Life comes with responsibility and a woman making a conscious decision that she can not provide what is best for a child and neither can the foster care system should not be denounced from society and her government for that belief.

5. It is murder, the fetus is an innocent human being.

To quote Bill Nye, “a fertilized egg is not a human." Even though the science community has moved past the belief that it is, pro-lifers still use that outdated argument. A fetus relies on the mother for survival and since when has something that can not survive on its own had rights? Fact, ninety percent of abortions are done prior to viability.

Please keep in mind that making abortion illegal or placing more regulations that hinder a woman’s ability to receive a safe abortion doesn’t stop the process but makes it deadly. These methods consist of using leeches, wire hangers, purchasing unsafe medications online, and trying to create a force, such as falling down the stairs, to cause termination of the pregnancy.

WOULD YOU LIKE TO GET INVOLVED IN THE FIGHT TO PROTECT WOMEN’S CONSTITUTIONAL RIGHT TO ABORTION AND ENSURE THAT ALL WOMEN HAVE ACCESS TO FEMALE FOCUSED HEALTH CARE: Text WE STAND to 22422 to continue the fight and stand with planned parenthood.