Dear White People: The Feminists We Need To Be

Dear White People: The Feminists We Need To Be

Why we need to be intersectional feminists. 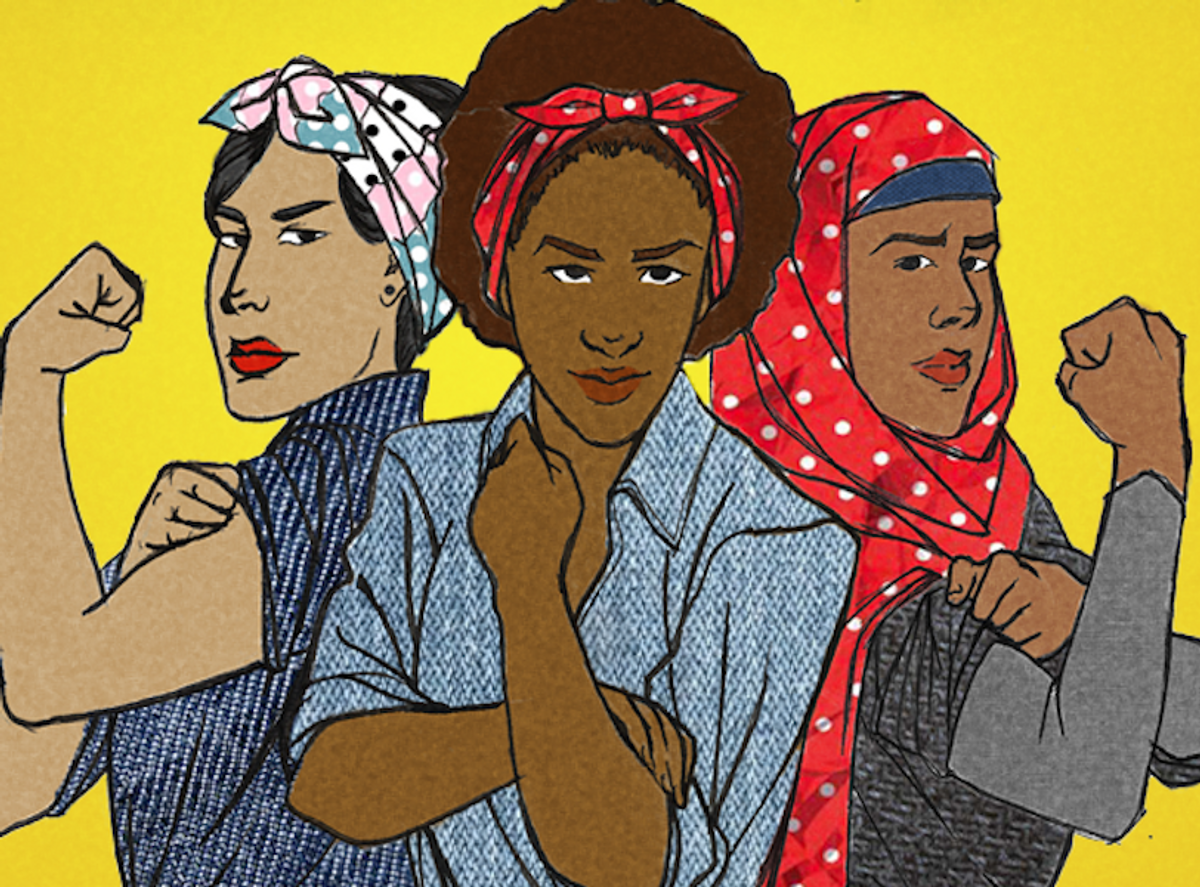 As silly as it sounds, for a brief moment I thought I had all this feminist-thing figured out. I had decided on a major in Women’s Studies, and tacked with my second major, English, I would spend my life writing about social issues. My books would be on Gloria Steinem’s bookshelf.

That was, until, I got the rude awakening I needed. On February 3rd, a few friends and I went to an event put on by the Women’s Center at the University of Minnesota, “Claiming Intersectional Feminism in a New Political Reality.” (In short, Intersectional Feminism is the idea that issues of race, class, religion, ethnicity, sexuality and more intersect to form one united smorgasbord of love and empowerment.)

In the span of an hour, my smile went from enthusiastic to barely there. I expected to walk away with the afterglow of a massive, feminist group hug. Instead, I walked away disheartened and discouraged. For most of the discussion, I found myself nodding along to the panelists, agreeing but making mental notes to google things.

It was when they addressed what advice they would give to white women who felt oppressed for the first time after the presidential election that my heart sinked. I scoffed at that and thought of course this isn’t the first time that I have felt pushed down. It took me a week of thinking to understand what they meant. I’ve experienced the wrath of the patriarchy, but never in such an established, systematic platform as the presidency. But others have (Jim Crow Laws ring a bell?)

The panelists, 6 amazing, kick-ass activists in the Twin Cities gave white people what we need to hear. Essentially, their message was one of humility, solidarity, and openness. Although at the time it just felt like a slap on the face and a “Shut up”, looking back it wasn’t harsh at all. The reason I felt hurt was because of my own internalized racism. Some sort of instinct flared inside of me when they suggested that white feminists need to step back and listen to marginalized communities. The notion that intersectional feminism maybe isn’t about white people, made me instinctually hiss. None of my experiences up to that point had suggested that. And I am embarrassed of that sickly state.

But us white people need to seek out discomfort- read a book, watch a documentary, go to an event on campus, or have a meaningful discussion with that person who shares fox news articles on Facebook like candy - and lean into that feeling of discomfort. (Side note: marginalized communities are not responsible to teach you- you are.) I know it feels gross and yucky, but it is better to embrace it than to plug your ears and scoff. That feeling will fade, and the afterglow of stretching your mind and preconceived notions will replace it. And that is how we will learn how to be better allies to marginalized communities. Equality is not a threat to our existence. To quote Paul Wellstone, "We all do better when we all do better."

After this event, I came to the conclusion that just as I will never be perfect, I will never be a perfect feminist. I don’t find that discouraging- I find it liberating. Now I can just focus on learning and honing my voice in my writings. I have written about feminism before, but that was before intersectionality entered my life. But that’s okay- I learned. Just as we have to.

That’s not to say that our perspectives and experiences are not valid. Rather, we have to accept that marginalized voices need to be heard, right now, more than ever. And our job is to step back, and hand them the microphone- or part of the Grammy.