I'm A Believer Of God And I'm Dating A Non-Believer
Odyssey
CurrentlySwoonLifestyleHealth & WellnessStudent LifeContent InspirationEntertainmentPolitics and ActivismSportsAdulting
About usAdvertiseTermsPrivacyDMCAContact us
® 2023 ODYSSEY
Welcome back
Sign in to comment to your favorite stories, participate in your community and interact with your friends
or
LOG IN WITH FACEBOOK
No account? Create one
Start writing a post
Lifestyle

I'm A Believer Of God And I'm Dating A Non-Believer

But We don't stop believing in Us. 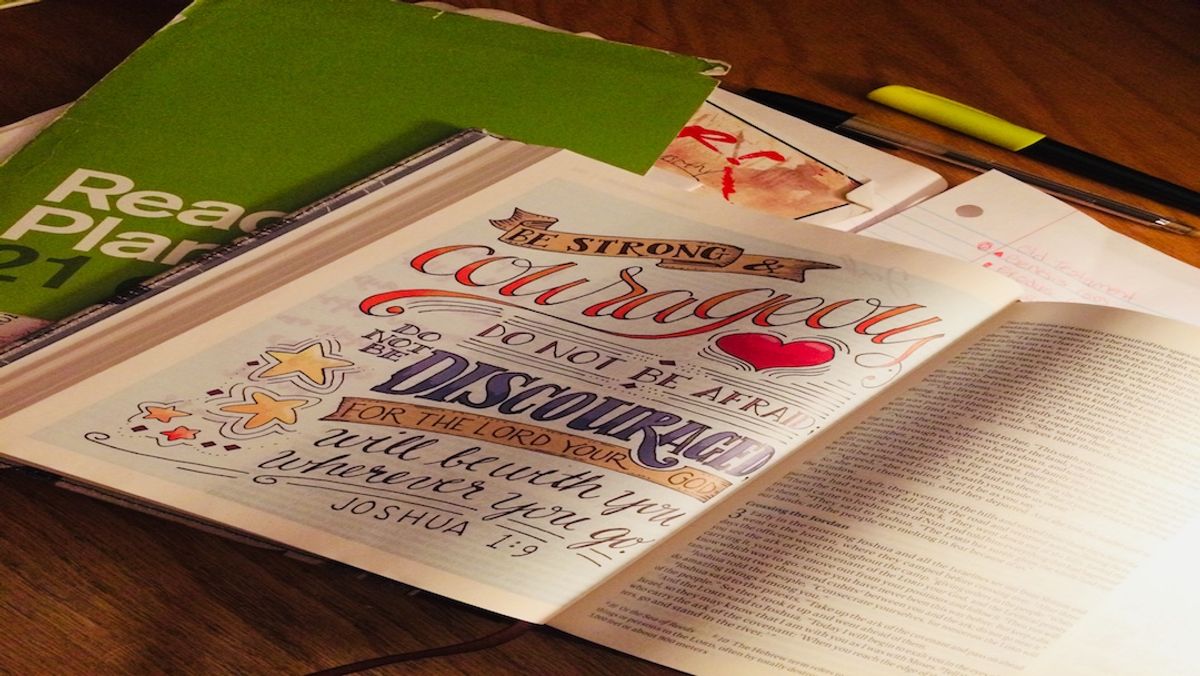 In high school, I started dating this guy who used to go to the same church as me. I began to be amazed at how devoted and philological he could be about God. We both shared the same beliefs and had some of the same concepts of what God was like. We could talk for hours about different interpretations of passages in the Bible and how it made us feel.

Then after three years, we reached a rough patch and we decided to break up. Nine months passed, and some magically insane way, we found each other again. We picked up right where we left off, expect something was off. He had stopped believing.

I was shocked and angry at first. Then I tried to get him to go back to church with me, but nothing would change his mind. It began to get really hard on me, especially if he said remarks about religion. I would cry and beg him to see his wrongness and asked him to believe again. I prayed and still pray for him.

But we've both realized we love each other too much to let go again. So, we make it work. Now I know there are people who would to tell me to let go, or try harder to convert him back. But that's just not me, I do not try to push religion down anyone's throat and I won't let that push someone I care about away either. Truth be told, we've had many talks on the subject. And there's no way we are going anywhere at the moment.

He may have fallen off the wagon, but I don't think it's forever. I try to encourage a positive view of God and how to still have hope just about every day. And he doesn't try to make me change my ways, we find a common ground in our love for each other.

In all seriousness, I still worry about what could happen to him and it makes me sad that he gave up. But look at the world, there's not much to have faith for the future. He's not a Satanist or atheist, and that's a bigger difference for me.

I think God, is giving me a chance to prove myself to Him. I still carry some resiliency and I feel a big role to keep showing the light in the dark for him. I'm not going to lie it's extremely hard and tiring sometimes, but I can't give up, for him and myself. Frankly, our stories, our testimonies, are not over.

QueenRadhi
The State University of New York at Stony Brook
2879