Being An Empathist And Dating A Narcissist

Being An Empathist And Dating A Narcissist

Energies are always shifting, pay attention to them. 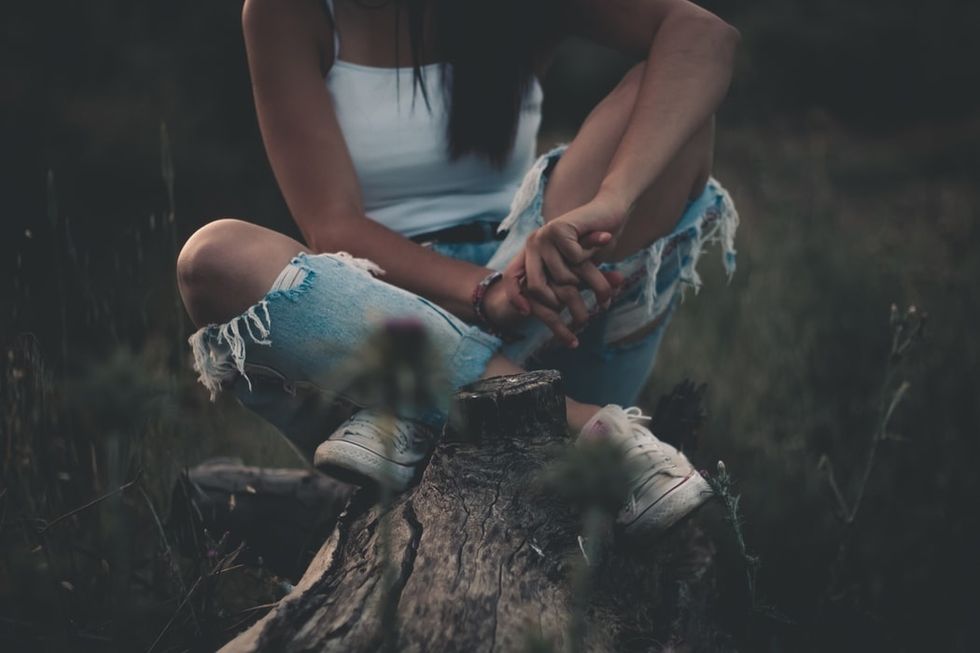 Being freshly eighteen, a freshman in college, and able to be intuitive to other people's emotions can take a lot out of you; at least that was my personal experience. I was used to the emotions of my family and my best friend and her family. Starting college, even just at a community college, and adjusting to other different energies was a big change. Everyone's emotions were all over the place, and it began to affect my work and my grades. It wasn't until (we'll call him HE for this story) HE came along.

HE swooped in and shut out all the negative, bad energy I felt throughout the day. It was always draining and began to affect my mood at home around my own family. For the first few months, my energy had never been better. I was over the moon when I was with him, but when I went home all this negative energy came at me. I have no idea where it came from, but I began lashing out at my family. It began straining the relationship between my mom and me, doing damage to all the repair work we had made from when I was a preteen. I would always end up running to him. Ranting and raving...HE would always make me feel better. Until, one day, everything changed.

We had been dating for five months, still feeling each other out, learning new things, and slowly but surely getting out of the "honeymoon phase" of our relationship. We were beginning to fight, HE would give me the silent treatment, even if HE was the one who started the fight. I would end up apologizing, begging for him to forgive me. Half the time, I couldn't remember what the fight was about, all I knew was that I wanted everything to be alright. I hated confrontation, and with him, it was even worse. I cried so much during my freshman and sophomore years of college. Between my workload, trying to manage to graduate on time, working part-time, maintaining my social life, and maintaining my relationship. I let things slide, red flags got ignored, all for the sake of having someone. Someone finally paid attention to me; HE made me feel like a million dollars.

Things came to a head when HE started taking my energy from me. Everything had to be about him, nothing good could happen to me without him saying "well my day was better/worse." Everything became a competition. That is not a relationship. Everything bad also seemed to be my fault. HE was in a bad mood; it would be my fault, and HE would take it out on me. Work was shitty, oh let's take it out on the girlfriend. I will never proclaim to be a saint in this relationship, but I tried my best to give him what I thought HE needed, and what I thought would help him along his path to healing from his hard teenage years.

HE told me all about them. All the dark secrets HE kept hidden - I took all that energy into myself and tried my best to keep it at bay and away from him. But someone has to want to be helped in order to get better and stay better. Our relationship was a rollercoaster of emotions, I never knew what mood HE would be in. HE would go days without talking to me, and I didn't know how to fix someone who wouldn't let me in.

I felt drained after every date (though we didn't have many), every interaction, each family function HE would take me to, and the rare times HE came to visit me at college once I moved away. HE was the cause of my anxiety and stress. I had never met someone who thrived off stealing other people's energy and making them feel like they weren't good enough. In reality, I was too good for him, but I never got back as much as I gave away and it nearly destroyed me.

I broke free though.

I'm here to tell other people that they can break free from a narcissist. But it's hard sometimes, to tell you the truth. What's hard is the kickback; everyone asks questions:

Who was in the wrong?

I'm not shy about telling what happened between us. I used to be so embarrassed, and I felt as though I had wasted two years of my life for nothing. But it wasn't for nothing. It was a lesson learned, and I came out on the other end stronger than I have ever been.

Don't ignore red flags, gut feelings, or bad vibes/energies. They are there for a reason; the universe is trying to tell you something. You need to take a step back and think for a moment. This was a hard lesson to learn myself, but I will forever be grateful for my time dating someone who stole my energy. I'm a whole new me. Still healing and still learning; the only difference is I'm not crawling anymore, I'm running. I'm running towards my future and where life takes me.