DWTS stars have found their dance partners for life! 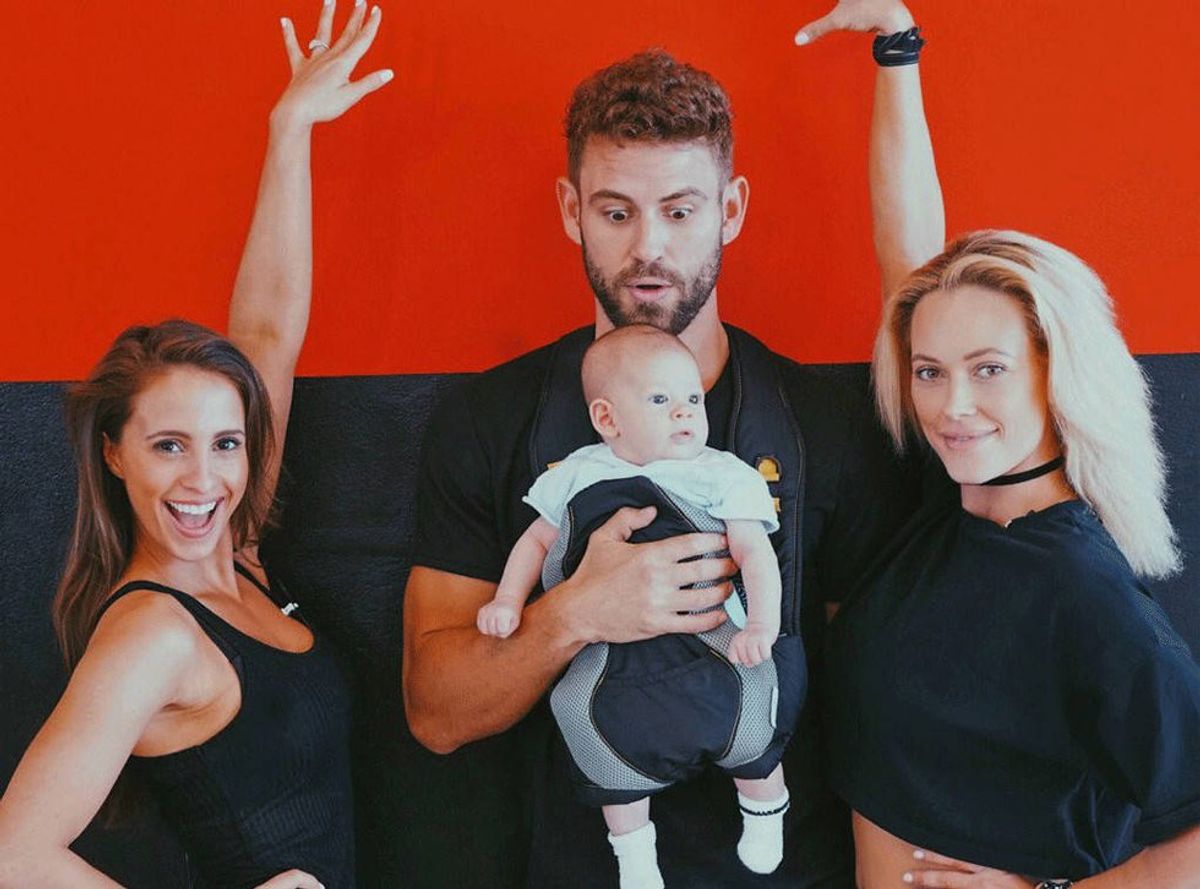 With the Bachelor ending and Dancing With the Stars starting up again tonight, I figured I would show how love has sparked on and off the dance floor.

These ABC shows have been on for many seasons, and have even crossed over with some of the Bachelor and Bachelorette contestants competing, not for love, but for the coveted mirrorball trophy. (One, Melissa Rycroft, even accomplished that goal, and STILL found love.)

Although Dancing with the Stars and The Bachelor are very different shows, they do have one thing in common…. Relationships….

And surprisingly, Dancing, even though that is not what that show is about, has more successful relationships than The Bachelor.

Fans see the girls pining after this one guy for the whole show, he picks one girl, and they usually break up within a few months. The amount of relationships that last on The Bachelor is the same amount of fans Corinne had….

Dancing is a very intimate sport and causes love to cha cha into the hearts of the contenders!

Here is a list of pros and celebs that have competed on the show and have fallen in love off of the dance floor:

Maks and Peta got started dating in 2012, got engaged in 2015 on stage at the Sway: A Dance Trilogy, and welcomed a baby boy, Shai in January of this year. Between the two of them, they have 3 mirrorballs and a wedding to plan.

Check out the proposal here:

They both return to the dance floor this season after taking some time off for parenting duties. Speaking of the Bachelor, Peta returns with this season’s past bachelor Nick Viall, and Maks is partnered with Glee Star, Heather Morris.

Although no more mirror balls for the couple (hopefully soon), there is wedding bells in their future. Sasha and Emma got engaged on season 23 of DWTS after their contemporary dance to Bruno Mars’ “Just the Way You Are.” The pair has been dating for 5 years, and have recently bought a house together.

You can watch that epic moment here:

The fiancee’s are back this season with a great chance at the mirrorball! Sasha is paired with Olympic Gymnast, Simone Biles, and Emma will be hoping to score a touchdown with NFL player Rashad Jennings!

Shark Tank’s Robert Herjavec and professional dancer, Kym competed together on season 20 (2015). From the moment they stepped out on the dance floor, there was chemistry. They may not have won the mirrorball trophy, but they won each other’s hearts. They couple got engaged and married in 2016.

Kym is back this season after taking some time off! She is partnered with actor/ wrestler Mr. T.

Hough has competed on 17 seasons of DWTS and has won a record of 6 times, and has many more accomplishments to his name, including two Emmy’s and a best-selling book. Erbert competed on season 10 of So You Think You Can Dance and placed in the top 6. Recently, she has been a troupe member on DWTS since season 21.

Although the couple is keeping their relationship low key, they have been spotted out together and posted on social media. They have toured together for Derek and Julianne’s sold out MOVE Live on Tour in 2014 and 2015.

Many fans are hoping for Hayley to become a pro and for a Dayley engagement. Derek is not returning due to his tour and other engagements, but Hayley is back in a troupe.

Although already married before competing on season 21 together, this couple is the first married couple to be on together. Vega (Spy Kids) competed with Mark Ballas and placed 6th, while Pena (Big Time Rush) danced with Witney Carson and placed 4th.

The couple welcomed their first child, Ocean King in 2016.

While there are other couples who maybe didn’t meet on Dancing With the Stars, it is still notable to mention the pros, judges, and contestants who have found their dance partner for life.

Both starting out on So You Think You Can Dance, these two lovebirds have two kids together. Twitch has never competed on Dancing with the Stars, but Allison has. She has been a pro since Season 19. Holker as never won a mirrorball, but has come very close. Twitch is Ellen DeGeneres’ DJ on the Ellen Degeneres Show.

Allison is not returning this season, due to other projects.

Julianne has won 2 season of DWTS, and is returning to the judge’s table this season! Watch her on your screens on Monday and her and Derek on the road this Spring.

Ballas has won 2 mirrorball trophies, both with Olympic gold medalists! Unfortunately, he will not be returning this season.

You can check out the amazingly talented duo, in their band, Alexander Jean.EP #2 is coming soon!

Savchenko is married to professional dancer, Elena Samodanova. They have appeared on various versions of DWTS, including the British version, Strictly Come Dancing.

Gleb is back this season with Real Housewives star, Erika Jayne.

The one-time mirrorball champ married her high school sweetheart, Carson McCallister, in 2016. She started her career on SYTYCD, placing in the top 2 girls, moved to troupe on DWTS, and became a pro.

Witney is returning this season and has SNL star, Chris Kattan.

Lindsay also started off on SYTYCD, made it to the top 20, and became a pro in season 16. She has made it to the finals many times but has never won.

This season, Arnold is paired with MLB star, David Ross.

The odd thing about all of these relationships is that they blossomed from dancers. A show about relationships and love doesn’t have nearly as many couples who have lasted.

Once you find your dance partner for life, you are set!

Check out the DWTS cast this season, every Monday, starting tonight at 8/7c, and watch the love heat up the dance floor!