Dancing My Way Through Life
Odyssey

Dancing My Way Through Life

While not partaking in dance for the past six years, I've been able to gain perspective on all I've learned from it and how much I miss it. 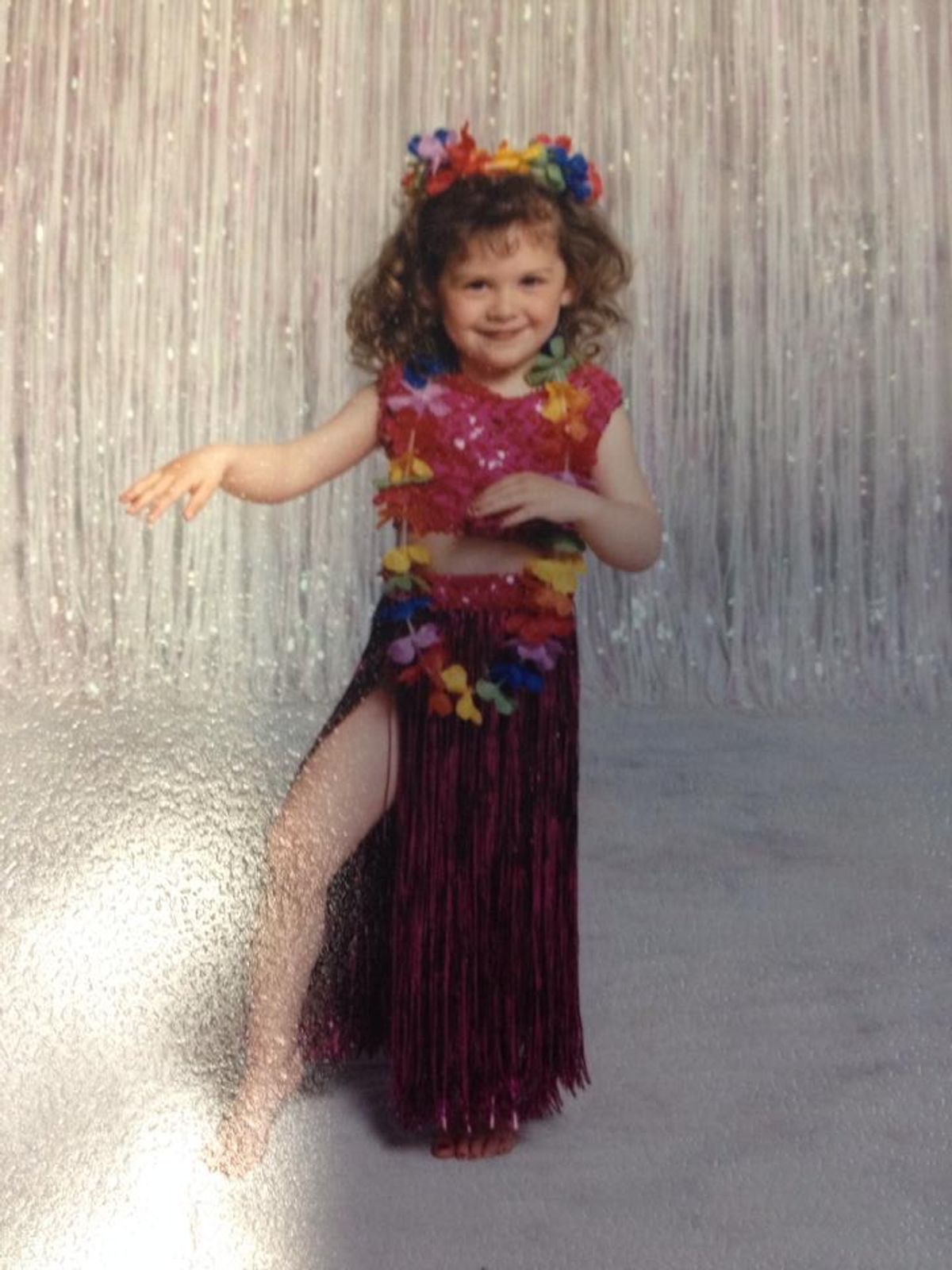 When my mom forced me into dance classes a year earlier than she was supposed to (she was an instructor at the time), I was just as anxious as she was. Loud and proud I raised my hand high and announced to the whole class that I was only 2 ½.

Little did I know that ten years later—the exact year I would receive my ten-year trophy in front of the entire theater of parents, family members and friends of the dance company—I would beg my mom to let me quit. She said no, but that didn’t stop me from pouting, whining and complaining. At the time, all I could think was “how dare she force me to do this when I don’t want to anymore.”

“You’ll thank me for this one day,” she would mutter under her breath. At the time, I would reply with something snark like, “Yeah, I doubt it.” My twelve-year-old self thought I knew the lay of the land.

I credit her to this day for making me stick it out. Just a year after I begged on hands and knees for her to let me quit, I fell in love with dance quicker than I could have planned.

Maybe it was the combination of studio competition team and high school dance team camps that planted the seed in my heart that would forever hold a spot for dance. Maybe it was the fact that I got to compete and train with some of my closest friends at the time. I really like to think that it's due to the fact that I got to dance out my feelings and stress at least four nights a week. In that time, all that mattered was if my turnout was improving or if I had mastered my float turn.

Dance assisted in molding me into the woman I am today. My entire life is applicable to the lessons I learned in the old studio, the new studio, on the stage or in the gym and I'm sure dancers everywhere can relate.

I apply what I learned from dance on a regular basis.

I’ve learned that more times than not, life is like a solo routine. Training alone is empowering, but also mentally and physically challenging. Your instructor only has you to look at and only your previous move to compare your current move to. The thirty minutes a week you spend with her (or him) aren’t always geared toward learning the routine, but also toward learning new skills and perfecting your practice.

You learn a lot about yourself in that one-on-one time. You learn what you are (and aren’t) capable of and how far you can push your body and mind. You learn how to stand up for yourself and how to respect the hell out of someone who has the ability to make you very mad. You realize that when people push you, it means they believe in you.

Solo lessons and routines teach you to be strong on your own, but vulnerable enough to make (and accept) your mistakes.

Although invigorating, you only have yourself to rely on during your solo routine. From the second you step on stage and throughout the entire three-minute dance, it’s just you, your brain and your body moving to the music.

Just like in life, if you start to forget the moves, you just have to trust yourself. You keep going and figure it out—even if that means making it up for a little bit.

But sometimes life is like a group dance and things aren't just about you anymore.

You're learning how to move and work among others, how to respect their space and not only encourage them, but compliment them. They’re relying on you. To remember the moves, the formations and to do your part. When you make a mistake, you learn to take responsibility and how to apologize to those who were relying on you and actually mean it.

But you learn from those mistakes and you do better next time. You learn that they're working hard for you so you train harder not only for yourself, but for them.

You learn accountability, reliability, and how to let someone else shine.

And your dance instructors, my gosh. They work the craziest hours and oftentimes, that isn’t their only job.

They spend a lot of their free time away from the studio deciding anything from warm-up music to the next five eight-counts of the dance. They take the time to care about what you’re doing outside of dance class and they spend their weekends traveling to competitions or camps on their own dime.

Dance instructors are proud to show how invested they are in their students. These people were once complete strangers and now, they care about you just as they care about their family.

From your instructors, you learn to care about others, you learn how to build relationships at a young age and you learn about discipline. You also learn how to pursue something you love for the rest of your life whether it's your career or not.

For some people it’s dance and for other people it’s soccer, piano, or whatever extracurricular they dreamt of pursuing. When you or someone you love wants to drop everything and quit, it’s so important to encourage them to really think hard about it first.

I totally agree that you shouldn’t force yourself (or anyone else) to do something you don’t want to do, but I’ve found that oftentimes an idea to quit is solely a reaction to something else that’s going on. By giving yourself time, you're able to weigh out the pros and cons. You can think through what you could be missing out on. This process allows you to develop the desire and passion to continue or to pursue something else.

And who knows, it might be something that thoroughly influences your life.