The Curse Of The Competent Woman

The Curse Of The Competent Woman

The better you are, the harder you have to work. 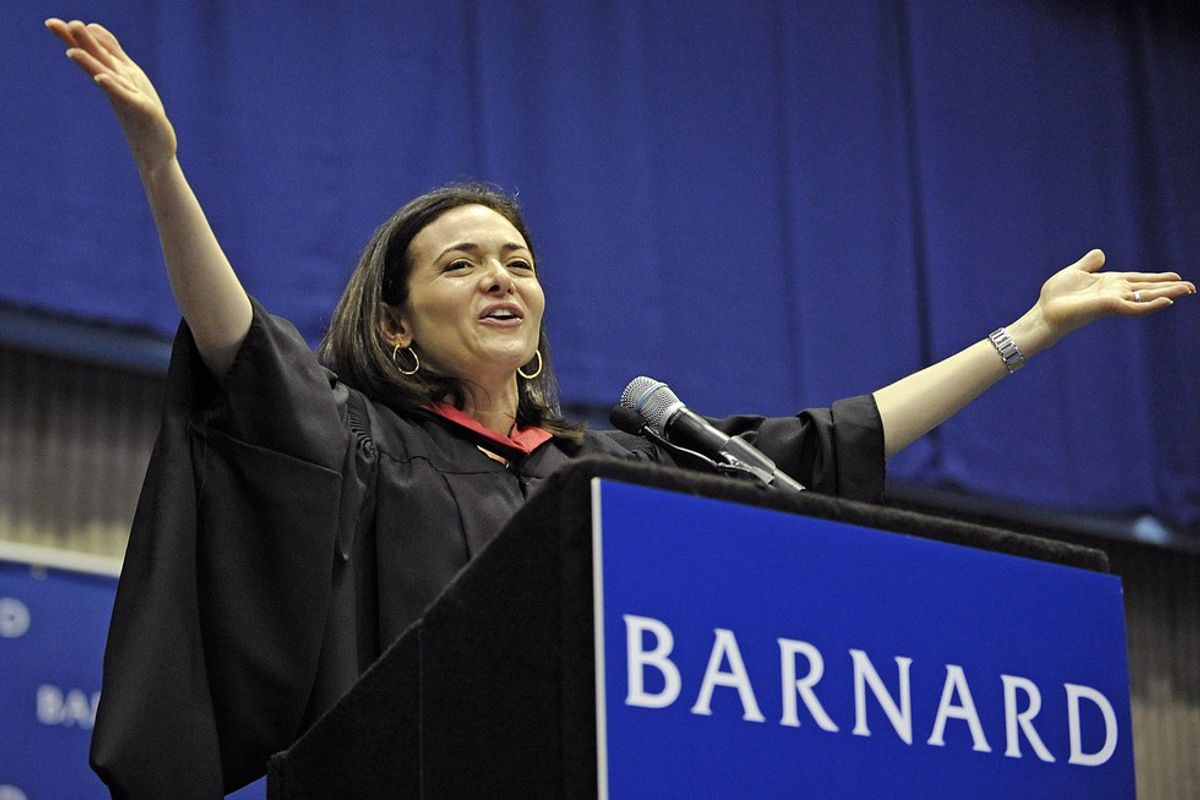 I’m going to say the thing you’re not supposed to say: being a working woman is not easy.

Women who are FTYR (full-time, year-round) workers are still only making about 80 cents for every dollar earned by a man. While this number has been on the rise since the 1960’s (when women were only making 60 cents to the dollar!!!), and women are outnumbering men on college campuses by a wide margin, this is still a major issue. Men and women are still not equal players in the workforce.

Sheryl Sandberg, a woman I mentioned in a previous article, is the COO of Facebook and well-versed on why women aren’t as “successful” as men in the workforce. Her book and her—TED Talk—explore many different facets for this argument, some of which relate to motherhood. One of her biggest arguments is that women don’t negotiate for a raise as often as men. When they do negotiate though, they tend to do better than their male counterparts. Sandberg herself was nearly a prime example of this problem when she didn’t want to negotiate the terms of her contract with Mark Zuckerberg (CEO of Facebook) for fear of losing the opportunity.

After looking at a study on starting salaries of master’s degrees, students found that 57 percent of male students tried to negotiate for a higher offer, whereas only 7 percent of female students tried. Part of this difference is because the risk of negotiating is far greater for women than it is for men.

What could women have to risk by negotiating? Their reputation.

Women’s success and likability are negatively correlated, meaning as one factor goes up, the other goes down. There is an expectation for women to be nice, polite, not forceful and communal. This notion of how women should act creates gender norms that suppress women’s ability to be successful.

I had a coworker and good friend say to me just a few weeks ago, “I feel like I can never bring up my personal life at work because I want to be taken seriously." Women are held to a much different standard than men, based mostly upon gendered norms.

One of my favorite research experiments is the Heidi/Howard experiment done by a professor from Colombia and a professor from NYU. The experiment tested people’s perceptions of successful men and women. The study centered around a real-life business woman named Heidi Roizen. They gave her story to one group of college students and polled the student’s impressions of her. A different group of students were given the same story with only one difference - rather than using the name Heidi, they used the name Howard.

Not surprisingly (or maybe you’re going to be very surprised), Howard came across as the more appealing colleague. Even though they both displayed the exact same character traits, Heidi was perceived as more selfish and thus less likeable. These perceptions hold true for both male and female students participating in this experiment.

The standard for women is simply not the same for men, even in just the way they "should" dress. In a department at my school, there are four “core” male professors and three “core” female professors. The female professors are all well-dressed in dresses, nice slacks, fancy tops and high heels, typically with accessories to match. In comparison, all the men wear jeans, (sometimes) polos and either sneakers, flip flops or the occasional loafer. It seems unreasonable not to equate that to gendered expectations. If women were more equal, would these female professors feel less pressure to dress nice in order to be taken seriously?

Women who are competent leaders and skilled workers face a lot of pressure at their jobs. I’ve seen it in myself and I’m sure many of my colleagues have as well. A cycle starts to occur where, when women are asked to do something that would “prove their worth” around the office, they feel pressured to say yes in order to show that they’re competent. Now, in order to maintain that competence, women have no choice but to say yes when asked to perform a task. If they were to say no, then they "aren't a team player" or "can't do it". A research article about women’s leadership said, “research shows that people fail to recognize women’s leadership potential even as they acknowledge women’s leadership competencies” (Ely, Ibarra, and Kolb, 2011). This is a really powerful thought, given that women must continue to prove themselves over and over again.

Are we ready for a world where men and women are making equal incomes? Where it’s a fifty-fifty chance in a heterosexual relationship whether or not the male partner or the female partner will make more money? I don’t know. What I do know is, like Sheryl Sandberg, “I believe women can lead more in the workplace”.

Madison Franz
The Narrative
1116795
Photo by Brooke Cagle on Unsplash

Madison Franz
The Narrative
653988
Photo by Manny Moreno on Unsplash