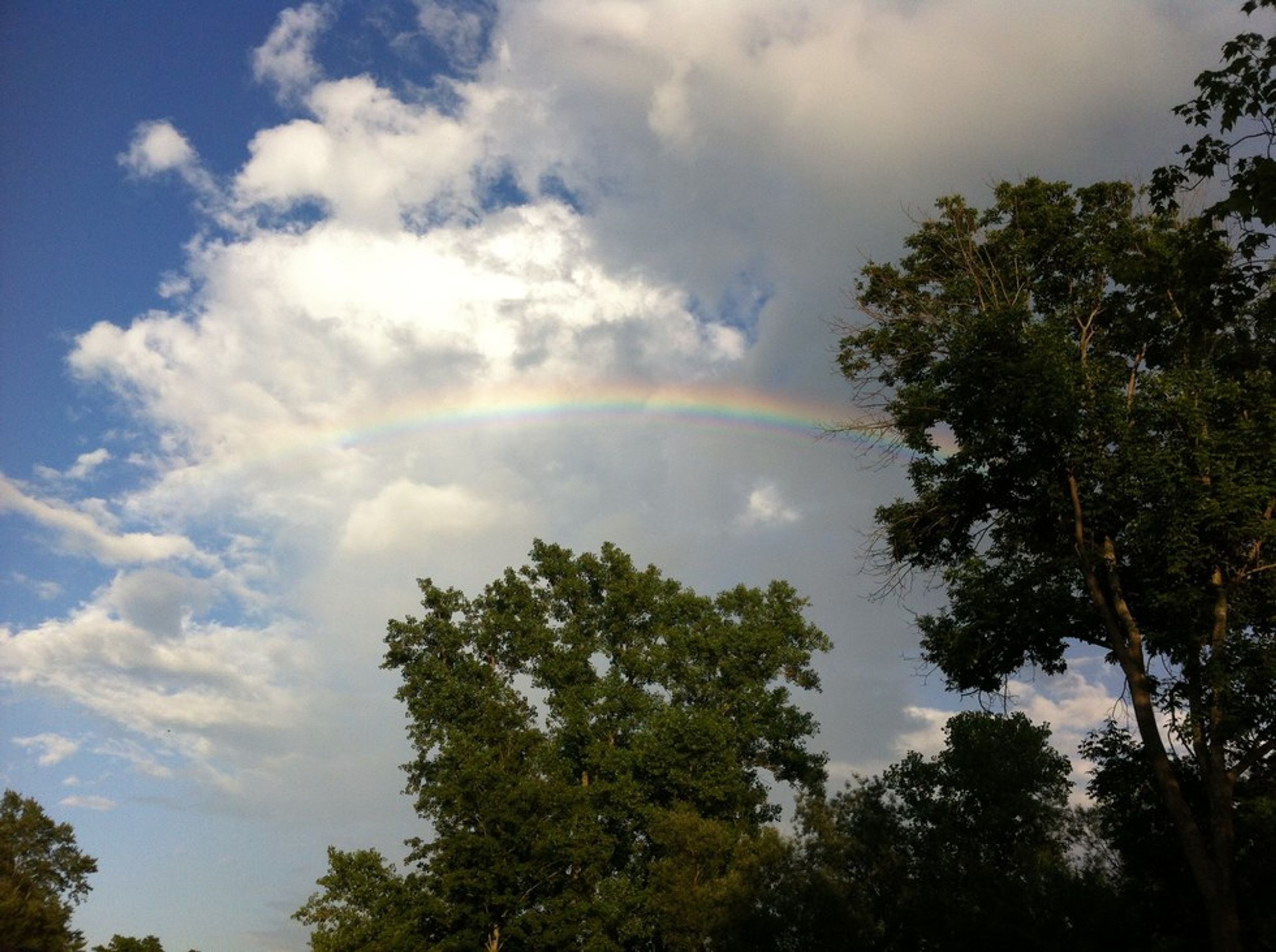 The Governor of New York State, Andrew Cuomo, and the state legislature has recently moved to pass a set of laws and policies in regards to alcohol, as part of their work nearing the end of the legislative session. These include an expansion of the state Beer Production Credit, and altering the state’s Alcoholic Beverage Control laws to allow bars and restaurants to sell alcohol earlier on Sundays. The Beer Production Credit (which has previously given reduced taxes to beer producers in the state) has been expanded to the production of various types of alcohol, and renamed the Alcohol Production Credit. The restrictions in the A.B.C. on the sale of alcohol on Sundays was reduced; allowing for bars and restaurants in most instances to serve alcohol at 10 am rather than 12 pm. It reduced the 200 foot licensing rules regarding the placement of bars/restaurants, and in some instances allow them to be placed next to schools. These are the new policies which the states elected officials have had the poor judgement of enacting upon the state’s citizens and residents.

Now for some, these changes may seem innocuous or trivial, but make no mistake, these policies are more pernicious than they may look at first glance. I would make the case that these policies are to the detriment of the health and wellbeing of New Yorkers. They constitute a service for moneyed interests at the expense of the public interest, and a mis-prioritizing of public issues.

Now, the plainest reason why these policies are detrimental is their support for the expanded availability of alcohol. Alcohol is a psycho-pharmacological substance and toxin which distorts the mind and contributes to physical and mental illnesses. It has been well-known since the nineteenth century that alcohol contributes to criminal activity, violence, suicide, poverty, and reduction in functional capacity. It is also a deadly substance. Alcohol is the fourth leading cause of preventable death in this country. Information from the CDC and the National Institute for Alcohol Abuse and Alcoholism indicate that over 30,000 Americans are killed as a result of alcohol use. When those killed indirectly through alcohol induced illnesses are included in the count, it kills about 90,000 Americans a year. In the year 2012, 3.3 million deaths were attributable to alcohol consumption. To give you some comparison; that is like having the 9/11 attacks repeating in America once every five weeks. In 2014, Alcohol killed more Americans than prescription medication and heroin (you know, the thing they had the sense to pass a bill to help combat) combined. So basically, the governor and those legislators who voted for these policies, have made a harmful substance, one deadlier than heroin, easier to produce and access.

Given that their policies are effectively making a harmful substance more abundant, it seems reasonable to say that their policy decisions are to the detriment of public health and wellbeing. This will be the effect if there policy works as they intend it to. For they are counting on it increasing the production and consumption of alcohol in the state in order to achieve the economic effects they hope to produce. These policies are inclined to increase the harm done to New Yorkers by alcohol, and quite possibly may contribute to their deaths.

On the surface, this proposal looks like it is beneficial to the economy. But the economy is much more complex than it looks, and such a matter needs to be looked at more holistically, for the whole picture. Will this be likely to create more jobs in this industry? At least some. Will this increase the wealth of the owners of this industry? If they succeed in their expectations, it should. Will it lead them to invest more in expanding their industry and hiring more people? Only in so far as they believe there to be a growing market for it and only in so far as they view at as being likely to increase their profits. But there is more to consider, as there are costs on society and the economy to look at. There is the medical cost of the illnesses brought by increased alcohol consumption. There is the loss of productivity and work hours from drinking and illness. There is the legal cost of criminal activity committed under the influence. There is the loss of potential from those injured and killed from drunk driving. There is the loss of business for those businesses who the alcohol consumer may have otherwise spent their money on. There is the cost of the social services that address the poverty, neglect, and abuse which alcohol can contribute to. Now these costs in large part already exist due to all the alcohol use and misuse which already exists in this state. But the increase in consumption, which they hope to achieve, would be inclined to increase the costs, which society and the economy are made to bear as the side effects of this industry. In the early 20th century, the economist, Roger Babson, calculated that for every dollar the alcohol industry made from its product, the economy and society lost twenty dollars, as a result of its effects. It should be considered whether this change, as well, may be costing more than it brings.

Whether it is more conducive or more costly, these policies are still for the sake of moneyed interests. The owners of these producing companies stand to pocket millions from tax deductions. The reduction of restrictions is favorable to their profitability. But beyond that, the decision making process gave those with a financial stake in it, a great deal of say. The 23 member Alcohol Beverage Control Working Group, which played a significant role in helping design these policy changes, was composed largely of industry professionals and lawyers for these companies. Local communities and their representatives were largely left in the dark about this process. Even though the A.B.C. Laws give local community boards the ability to issue opinions on the matter, they were given little opportunity to do so, as the governor and legislators moved forward in their effort. Policies serving the wealth of a special interest group were passed in a rush before the end of the end of the 2016 legislative session. Now special interests seeking to influence the law and companies trying to make themselves more successful are not in themselves bad things, and at times are positive things. But when they are done so at the detriment of the public welfare and are achieved through means which offer give these interests ample say, while giving little opportunity for public input, there is a problem.

Though beyond this is the larger issue of priorities. Even if the legislators who supported this law and governor Cuomo believed these policies to be beneficial, there is a question of how much they prioritized this. This was one of the key things which they had set the goal of tackling before the 2016 legislative session ended. This was placed in similar standing with the goals of passing a bill for dealing with the heroin epidemic and passing ethics reforms. A bill seeking to help children who were the victims of sexual abuse didn’t get made one of the top priorities before the end of the legislative session. Making it easier for alcohol to be produced and consumed was given greater priority than protecting our children and getting justice for the victims of these absolutely evil crimes. This seems rather clearly to be a case of grotesquely misplaced priorities.

This is what the state government has done. Policies which seek to increase the prevalence of a harmful substance, for the sake of enriching the industry that trades in it, were given priority over protecting the most vulnerable, passed with little input from the common people it would effect, and now New Yorkers will receive the consequences. Is this what a government committed to the health and wellbeing of its people would do? Is this what a government committed to progress would do? I think not. The state would be working to reduce the availability of alcohol and should be supporting people who wish to move away from its use. But the government officials are unlikely to come to their senses and get their priorities straight, until enough citizens work to make them see the light and/or remind them that their political careers are to live or die by the voters.

Caitlyn Morral
St Bonaventure University
1769
Wordpress
Odyssey recognizes that mental well-being is a huge component of physical wellness. Our mission this month is to bring about awareness & normality to conversations around mental health from our community. Let's recognize the common symptoms and encourage the help needed without judgement or prejudice. Life's a tough journey, we are here for you and want to hear from you.