How Cultural Integration Has Changed Vietnam

The preservation of traditional values versus the demand of globalization. 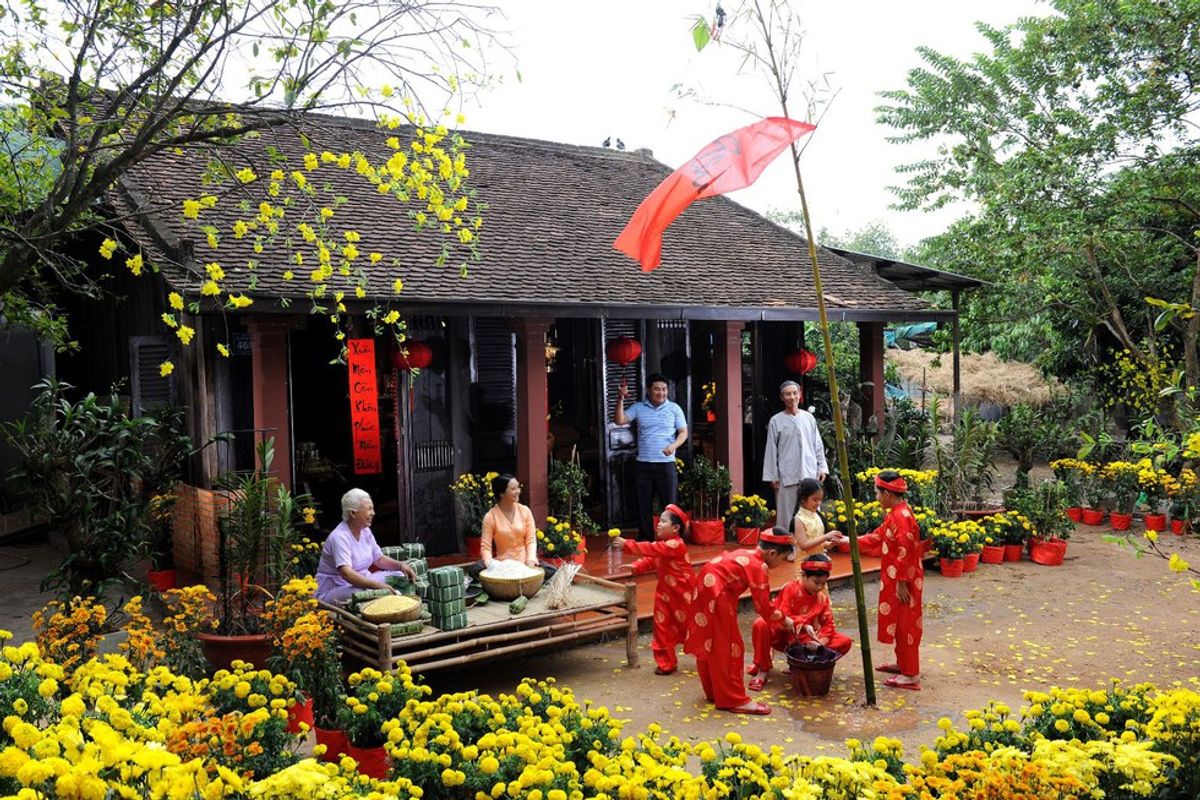 In the past, when the trade and cultural networks of Vietnam were confined to South East Asia, Confucianism and Chinese culture were the only frames of reference. The Vietnamese adopted said cultures to compare themselves with their neighbors. However, as Vietnam has gradually become globalized, those frames started to be replaced by a range of other foreign cultural standards, such as Western and South Korean values. Vietnamese citizens attempt to modernize their culture by eliminating outdated and dehumanizing customs and preserving distinctive traditional values. However, to some extent, the negligent imposition of foreign cultural norms might put an end to the distinctiveness of Vietnamese culture.

In language, many young Vietnamese usually replace some Vietnamese words with English synonyms. For example, when a person wants to tell his friend about his trip, he might say, “Hôm nay mình hang out với bạn ở Royal City. Thấy phấn khởi với happy dễ sợ.” This literally means, “Today, I hung out with my friends at the Royal City shopping mall. I felt so excited and happy.” They put some English words in their sentences to show that they are well-educated and cool. Vietnamese composers started to use some English sentences in their lyrics or they gave an English name to their songs to make them catchy. Around tourist attractions, many shop signs are not written in Vietnamese, but in English, Russian, or Chinese to attract more foreign tourists. In business, as customers believe that goods with English brand names will be made in the Western world and that it automatically implies a very high quality, many trademarks have a half or whole English name to gain more revenue. That trend is not economically, but culturally wrong and it could deteriorate the Vietnamese language. The language may become bastardized and corrupt when it cannot preserve its clarity and purity.

Vietnamese people now tend to impose foreign standards to evaluate their own beauty standards. In fashion, because of the integration of South Korean culture through pop music and dramas, a potential compliment might be, “You look like a South Korean guy,” when they see someone who is wearing trendy clothes. In beauty pageants, judges adopt Western standards rather than Vietnamese to decide who will be the winner. An ideal winner should have a Western appearance with a tanned complexion, an angular face with high cheekbones, endless legs, and breathlessly sexy curves. These features will increase the probability of winning in global beauty pageants when all of the judges are Western. In contrast, a traditionally beautiful Vietnamese woman has a light skin, a harmonious face with low cheekbones, and is elegant in “Ao dai,” a traditional dress that gently shows off her body's curves.

In reference to traditional festivals, many people oppose killing pigs in public for a local festival or object to the national buffalo fighting festival. Some foreign animal protection associations located in the middle of nowhere argue that it is brutal and savage to animals. Those protestors might forget the mythical legends that brought about these cultural norms in which blood from pigs and harsh buffalo fights embody luck and best wishes for the coming New Year. Some others believe that these violent scenes will negatively affect children’s behaviors.

If this does happen, then the government should ban violent movies as well, such as "Game of Thrones" and "The Lord of The Rings." Some economic experts suggest that the Vietnamese should shift their New Year celebration from the Lunar to the Gregorian calendar because of global business. While we are on vacation, we might miss highly profitable contracts because people all over the world are working. I wonder whether that means that the Vietnamese should, instead, celebrate some national holidays of the United States, such as Thanksgiving and Christmas, because no Americans work on those days.

Those impetuously rapid changes to fit Vietnamese culture into the mainstream of global cultural exchange are no different from the burning of books and burying of scholars in the Qin dynasty of ancient China 2000 years ago. It led to many disastrous impacts on the cultural development of the Chinese. Those changes are similar to cutting off the continuous connections among the past, the present, and the future, and re-writing history of Vietnam. Those actions are betrayals to the nation and to ancestors who sacrificed their lives in patriotic wars to protect Vietnam from foreign domination and cultural assimilation.

An advanced and civilized society, obviously, should not be completely assimilated into others. In contrast, it should welcome cultural exchange without losing its own uniqueness. In other words, people in that society need to know not only how to make room for others’ differences, but also how to preserve their own cultural frame. Vietnamese culture survived several Chinesation attempts over a 1000-year period of Chinese domination. However, now facing globalization, Vietnamese culture seems to be less resistant and quick to assimilate.

The allophilia phenomenon in Vietnam could be a result of the French colonization and wars in the 20th century. That process impoverished the greater mass of the Vietnamese population and it kept the economy outdated and underdeveloped. When the middle and upper classes increased, they started to believe that the material and cultural values from more developed countries could help them show off their social status and wealth as well as helping them gain others’ respect and recognition. Gradually, allophilia has become a phenomenon that occurs in many aspects of life and in every social class, making changes to the language, festivals, and beauty standards as I mentioned before.

Culture exchange and economic integration should be equal in importance and neither should be given preference. If economic integration happens at a slow pace, there is a high potential that we will be out of line and underdeveloped. If cultural exchange occurs without vigilant attentions, then the tragic scenario where Vietnamese culture could be assimilated by other foreign countries might be worse. As culture is the backbone of a nation which differentiates itself from other countries, the disappearance of distinctive culture exemplifies its doomsday. A less developed economy does not mean a less civilized culture. Although we cannot shut off all of our global cultural connections, we should be selective in the cultural essences that we choose to integrate with and we should work to preserve our own distinctive culture.