'Tis the season—no, not the season to be jolly—to start cuffing. 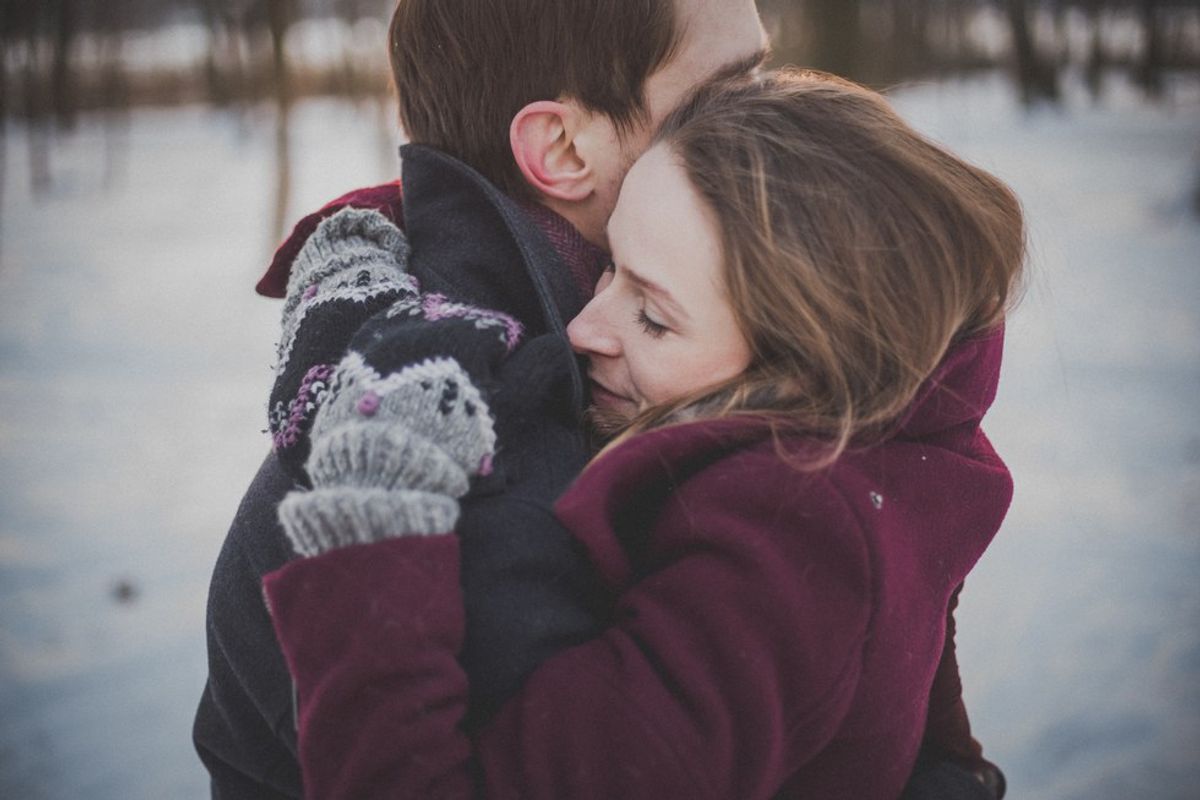 'Tis the season—no, not the season to be jolly—to start cuffing.

I only recently came across this term in a group text, where we assumed it was either something sexual or that it's finally good weather for cuffing your jeans. Upon further inquiry, a.k.a. typing "cuffing season" into Google, I discovered that neither of those were correct. Cuffing Season is defined as, “the time during the Fall and Winter months when people who would normally rather be single or promiscuous find themselves along with the rest of the world desiring to be "Cuffed" or tied down by a serious relationship. The cold weather and prolonged indoor activity causes singles to become lonely and desperate to be cuffed.”

I was intrigued. My first thought being "who comes up with this shit?" My annoyance towards this concept and the feeling that I was supposed to be unhappy because I am single lead me down the rabbit hole that is the internet. What I found included "guides to survive Cuffing Season," some memes, Fabolous lyrics, but little proof that Cuffing Season was anything besides a social construct glorified by media.

Most mammals do have a mating season. However, humans aren't included in that. We have actually evolved to not need a mating season. Despite the lack of biological or scientific evidence there can be an argument made regarding the human psyche. With cold weather comes the desire to get warm, and according to a study in the journal Emotion in 2011, "humans associate cold temperatures with actual loneliness." That makes sense; what better way to warm up in the cold months than with cuddling (which does actually have other positive side effects – aside from potentially leading to sex, but I won’t go into that now)? Additionally, studies have shown an increase in sign-ups for dating websites/services in the colder months. Coupled with the idea that the holiday season is the loneliest time to be single, but you aren’t about to bring some random you just met to a family holiday party, it “makes sense” that now would be the time to start looking and getting serious. Also, supposedly the further we get into fall, the less opportunities there are for promiscuity, so it would be easier to just have someone and not have to worry about going out to find a hookup. Clearly, whoever thought that never lived in New Orleans, though.

So how did we get to "the leaves are falling, time to be monogamous otherwise I will be single forever"? (I should add that social media sites, such as Facebook, do tend to see an increase in breakups in the spring). And what about in places where fall has technically started, but the leaves falling and temperature dropping has not (i.e. New Orleans)? I wonder how many people are settling just so they can at least have someone or postponing an inevitable breakup so you can have someone to kiss at midnight on New Year’s Eve. Google search, however, does not have those answers.

Maybe Cuffing Season can be a good thing. Maybe for some people it is time to settle down and the impending family time and intrusive questions from bubby are the necessary motivation. Or maybe you are simply tired of casual dating. But if you are single, regardless of whether or not you’re loving it, don’t let this bullshit get you down. To each her (or his) own.

Caitlin Marie Grimes
University of South Florida
11222
Beyond The States