The Crooked B*tch That CAN Run This Country
Odyssey

The Crooked B*tch That CAN Run This Country 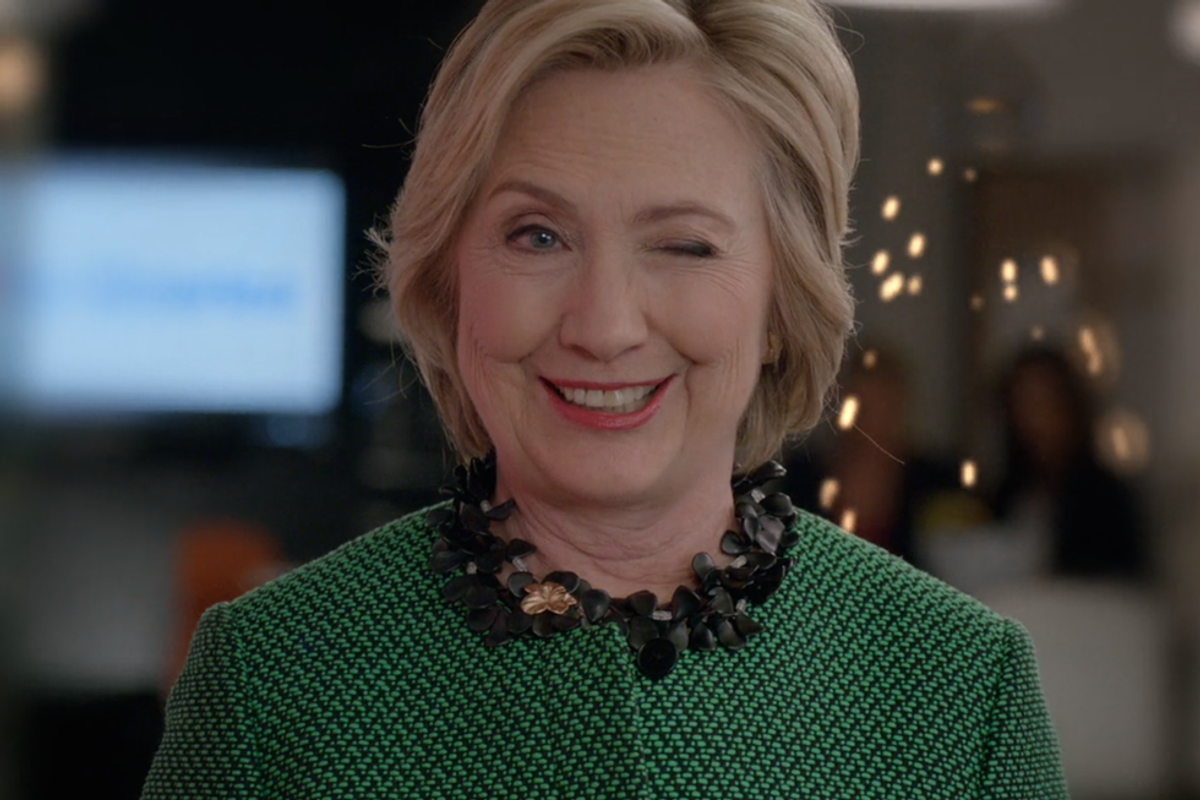 The 2016 election year has been faced with the most dynamic candidates that America has seen in a long time. Of course, a milestone was reached eight years ago when Barack Obama, a black man, was elected but this year typicality has been thrown out the window. Donald Trump has ignited a fire under those who have been introduced to the idea of a self-funded non-politician. Bernie Sanders, a Jewish man from Vermont cemented his place in the hearts of young voters by experimenting with ideas of Democratic Socialism, an equalizing need based system. And Hillary Clinton, a former Secretary of State and First Lady, has broken the glass ceiling, being the first woman nominated as the DNC candidate for president, and whose personal lessons may elude to the disintegration of the two party system and the white knuckle grip of big business on major politicians.

Many people have deemed this election “a bad one” but, if we were able to look back at this year from the future, it is more likely that it will be seen as a year for great transformation.

Non-politician, ultra progressive and a woman in man’s shoes.

Hillary has been all but torn apart for her fundraising and campaigning, with many outlets accusing her of being bought out by Wall Street but she is not the first president to do so; in fact she is not even setting a precedent on how much money a presidential hopeful has ever taken from Wall Street. This is where I have defined her as “a woman in man’s shoes.” I don’t want this to be misleading; I am not trying to define the job of president as a “male only” job, just thus far that is who it has been. Hillary Clinton, besides the fact that she is a woman, is the most typical candidate this year. Besides being a woman, she has done almost everything the same as presidents before her.

And the thing is, this is not out of the ordinary. If you look back in the presidential election years, there is a “bipartisan buyout” of every president in the modern age. Can we say how much that affected their presidency? There will be Democrats who say the Republicans were crooks, and there will be Republicans who say the Democrats were crooks. But what we’re really facing is a crooked system and people from each party that know how to work it. Hillary, no matter how crooked some people are convinced she is, is no different.

Hillary is the most typical candidate, you know, besides her genitalia. She, like past Democratic nominees, runs a progressive but safely conservative campaign, offering change, but not too much change. This is where the wildly progressive and socialist campaign run by Bernie Sanders toppled her. His words spoke to the Americans that wish Obama had been more liberal.

And on the complete opposite side of the spectrum and perhaps even off the chart altogether, is Donald Trump. He is running for the Republican Party, but even many of them have rejected him and his relation to the principles of the Republican Party.

A common argument however is that Donald is not a politician. He is popular because he is not part of the system that “crooked Hillary” has conformed to. And partly this is right; Hillary has spent the majority of her life in politics.

She attended Wellesley College and was active in student politics as well as elected senior class president.

She worked for the campaign of Democratic presidential nominee George McGovern.

She was a member of the presidential impeachment inquiry staff.

During her time as first lady she was the head of the Task Force on National Health Reform, which eventually helped form Universal Healthcare.

She was the first wife of a U.S. president to seek and win public office when winning he U.S. Senate seat from New York.

And finally, Barack Obama appointed her U.S. Secretary of State.

Now why, why would someone so “crooked” dedicate her life to public office? Could it really be about the money and the power if she has spent her life fighting for what she believes in?

In this different election year, America has gotten a look at where we may be going. If we don't like our candidates, we may see a rise in a third party. Unlike previous years, Gary Johnson has gotten more recognition as a independent party representative. And for whatever reason, America may now finally see that their candidates are being influenced by big business.

But, in this author's opinion, long live Hillary. The crooked bitch that has the balls to run this country. Even if she is smug about her accomplishments, at least she isn't a homophobic, sexist, elitist, xenophobic ass who parades around claiming "crook" when he himself has entangled his little hands in all the workings of big business his whole life.

Change doesn't happen in a day, and the change of American democracy won't happen in one election cycle. If you really want change, try caring about politics when it isn't an election cycle, little steps will change the nation, not a bunch of people screaming their separate opinions at each other for a little while.