Why I Cried For An Hour After Finishing 'The Office'
Odyssey

Why I Cried For An Hour After Finishing 'The Office'

This morning, at 6:33 a.m. I finally finished it, and I haven’t stopped crying since. 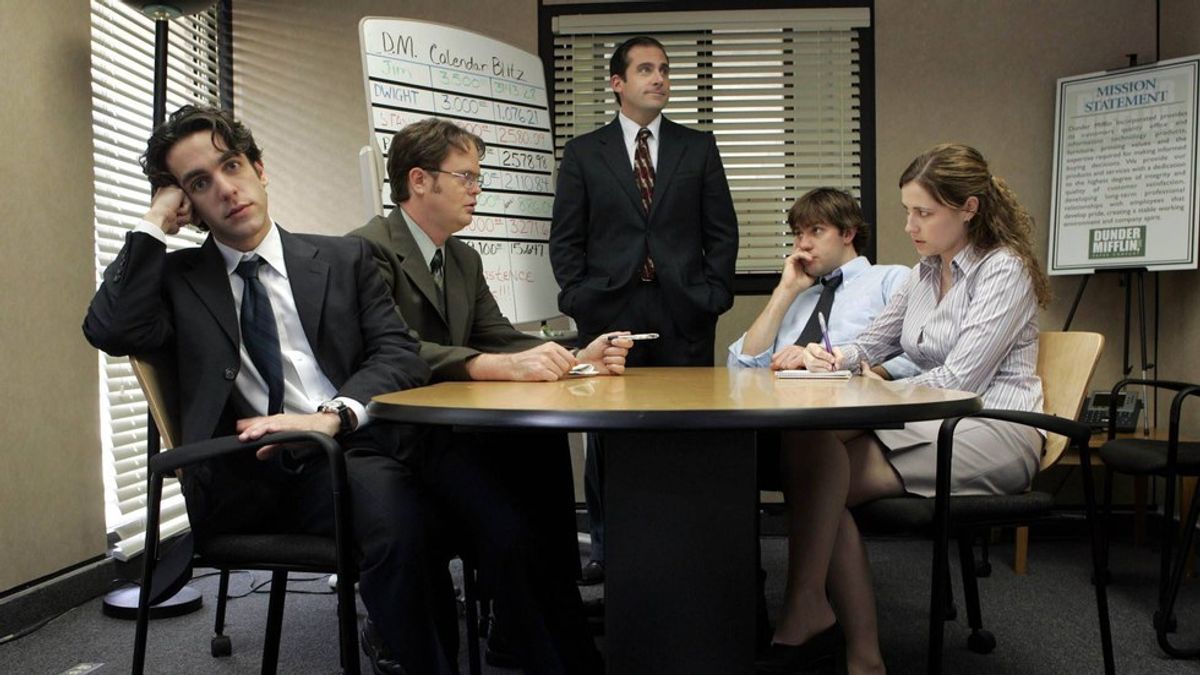 Ten days ago, a friend of mine gave me the password to her Netflix account. Since then, I’ve spent every waking moment watching "The Office." This morning, at 6:33 a.m. I finally finished it, and I haven’t stopped crying since.

When I started watching "The Office," I hated it. The humor was too crass for me. I especially didn’t appreciate the humor of the main character, Michael Scott. But, I kept watching anyway. After the first season or so, the characters started becoming more in depth. I learned their thoughts and their dreams, and realized I had many things in common with them.

At that point, I was in too deep to stop watching. There were times when the show was boring or annoying, but I couldn’t stop. I wanted to make sure that all the characters got their happy ending, because I hoped that, somehow, it would mean I would get my happy ending.

You see, I recently changed my major from pre-med to marketing. This means that my future is not as cut and dry as I was hoping. It means that one day, I might get stuck in a boring office going nowhere. I don’t want that to be my future.

My biggest fear is never achieving my full potential and being unhappy for the rest of my life. And, in this show, my biggest fear was being realized by the characters. And, to make matters worse, sitting in your dorm room, watching "The Office" 24/7 isn’t a recipe for success either.

The finale eased the sense of dread I was feeling up until the last episode. It made me feel like even if life gets hard, even if I get stuck in some stupid desk job in the middle of nowhere, until I am in my late 40s, still unmarried, my dreams can still come true.

It also made me more excited to go out and achieve my dreams. Like maybe the people in the office had their bad days in small town Pennsylvania so I don’t have to.

Towards the end of the episode Pam says, “It’d be great if people saw this documentary and learned from my mistakes. Not that I’m a tragic person. I’m really happy now. But … it would just … just make my heart soar if someone out there saw this and she said to herself 'be strong, trust yourself, love yourself. Conquer your fears. Just go after what you want and act fast, because life just isn’t that long.'”

So maybe "The Office" is what I thought it was in the beginning – just a stupid show with zany, unreal characters designed to make you laugh after a bad day at work. Or maybe "The Office" made to inspire people like me to conquer our fear of normalcy and pursue the best life possible for ourselves.

Glorie Martinez
5535
Why I Write On Odyssey