Continuing Propaganda, Then And Now

What is propaganda to us? 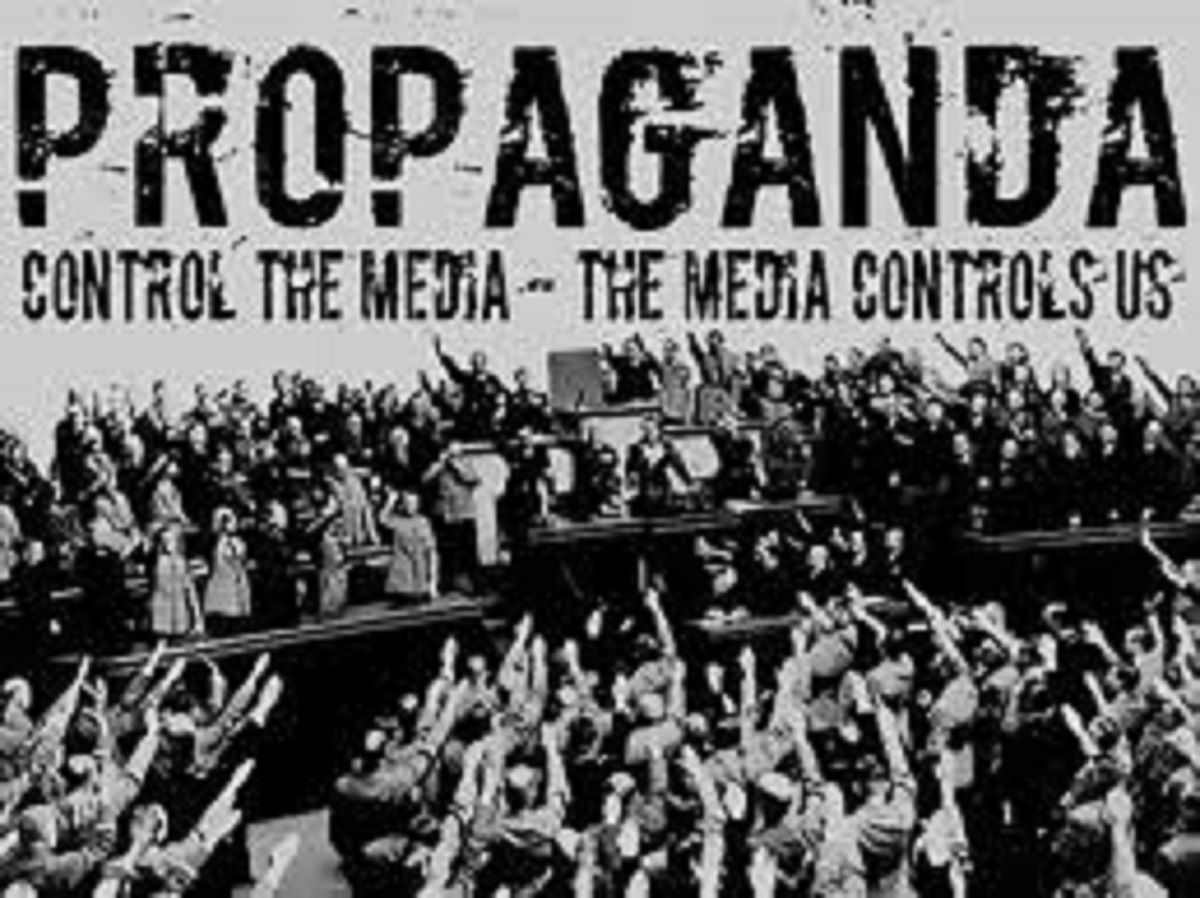 Throughout the war and across the lines of war the ideological agendas were as differing as they were similar. It was hard to tell where an Axis country left off and an Allied began in the field of psychological warfare, each equally malevolent in their attacks on their enemy. The Nazi hatred of the Jew begins with propaganda against them, and morphs into a full scale genocide. The American hatred of the “Jap” also ends up equating to an imprisonment and view of each as subhuman and inferior. This view is perpetuated by the propagandists; and as each is vilified, the propaganda grows even more extreme and plays upon the emotions of its citizens to reinforce these views. There are a number of examples of this ideology. In one example, an essay by Joseph Goebbels, in a newspaper called Der Angriff, and titled The Jew, where he weaves a tale of anger and resentment; telling readers that if they say something derogatory about a Jew that the Jew will twist it and send it back in an attack. Magazine and newspaper articles were one of the ways propaganda was spread, but another little known fact is that while the propaganda was wildly spinning, another nefarious concept was involved in ensuring its success. That was the concept of censorship. Government control of the news ensured how it was handled and in the United States the Office of War Information would issue communications with respect to what could be reported. Like one issued June 28,1943 indicating the ‘codes of wartime practices for the American Press and American Broadcasters’ not publish any information about new or experimental weapons. The media was restricted and instructed as to what the masses would be fed for news. Can anyone see this very tactic being used today in our own media outlets, often times bought and paid for by some kind of political affilitation?

This kind of propaganda that vilifies or dehumanizes the enemy is the form of propaganda is known as, name calling. It is effective when promoting one’s own ideology over another. Goebbels goal in his article was to create animosity toward the Jew, reinforcing the ideology of the Nazi Party. While the article was written long before the atrocities of the death camps, it is one of the ways the Party was able to convince the German people that this was acceptable and even the right thing to do. The U.S. created similar stigma in the propaganda of the time by painting the “Jap” as rats or monkeys, murderers and thieves ; this paved the way for executive order 9066, ordering the internment of all those of Japanese descent, citizen or not, within the United States. Again, a tactic known as name calling to reinforce the ideology of one against another, painting a picture in the minds of the masses that is repulsive or insights fear to further one’s own objectives. Again in the United States another less obvious form of name calling was also being carried out against African Americans within our own military, stating they were less capable and took longer to train. They were therefore, kept in low positions and not recognized for their contributions to the war

Adolph Hitler is probably the best known political propagandist for his use of propaganda to further his political aspirations. In his book Mein Kampf, he outlines this and it is doubtful even he realized the far reaching effects of what he had produced. The utter brainwashing of a country was quite a feat indeed. Some of his doctrine is still in use today. Others hoped to further their political positions with the utilization of propaganda. One notable personality was William Joyce, also known as, Lord Haw Haw. His aspirations were ones of not only joining the Nazi party but hoping, that through his use of propaganda, he would gain favor with Hitler himself. He never met Hitler or even Goebbels for that matter, but for his anti-sematic propaganda he was hailed as a “Jewel” and “Best horse in the stable” by Goebbels. He could be heard across the airwaves with his familiar opening “Germany calling, Germany calling.” He would broadcast disinformation and threats regularly to strike fear and uncertainty in the hearts of the British. Eventually, captured and executed by the British, he was able to incite widespread fear across the British countryside.

One of the ways we could see propagandas usage was also in the encouragement of consumerism, enlistments or labor. These posters were used to link and reinforce the connection between the factory and front lines, it pointed out that the soldier depended on the factories. Another large campaign was that of the Government to encourage citizens to buy war bonds. The war was very expensive and to help offset the expense the government turned to its citizens. The plea to purchase war bonds came from posters, celebrities, cartoons and other areas; Americans were inundated with this pervasive form of propaganda also known as the bandwagon tactic. Everyone hopped on this bandwagon, from individuals to clubs and societies and even schools would encourage children to buy war stamps by bringing in spare change. Propaganda seemed to permeate every aspect of American society. Disney cartoons and DC comics got in on the act with war cartoons. People were infused with war propaganda at every turn. Looking at Life Magazines of the era it is interesting to note how the advertisements also carried the same propaganda messages. Just looking thorough the ads we find, ones by Mobile Gas, yet another by Stetson saying, “loose talk can cost lives. Keep it under your Stetson.” This not only an ad for a hat but also the propaganda message not to disclose information any place. GM promotes war bonds with car sales. American Meat Institution offers a war time recipe book to cook the other cuts of meat (since the good cuts are sent to the battle fields).

According to Hitler propaganda had to be simple, concentrating on only a few points and be repeated often, emphasizing on emotional responses of love or hate. Looking at the wide ranging use of propaganda, it was for encouragement of an idea, use in “name calling” of an opposition, or used in changing a view of something. Personalities during WWII and their use of propaganda have shown us how the use of propaganda can have an effect on the way a war is fought. Ways in which the dehumanization of the enemy, and the persuasion of and ideology affected those subjected to it; in focusing on the Nazi propaganda, examples are numerous. As in the examples from the Nazi Ministry of Public Enlightenment and Propaganda. “The Ministry's aim was to ensure that the Nazi message was successfully communicated through art, music, theater, films, books, radio, educational materials, and the press.” Today we fight a similar war. In every election we see the vilification of the opponent or the opposite party. In protests each side polarizes around some kind of propaganda that sometimes one would question if they even researched this topic or if they simply jumped on the next “cool” bandwagon.

Like that propaganda machine, the tactics of politicians of late have bordered on these same principles and as such become questionable tactics for anyone leading our country. It has become the “go to” tactic for all manner of groups from Antifa to BLM to LGBTQ and more. So you might note that this list is limited to many of the liberal groups, however, it is not. Others I might add to this are the fear mongers who set themselves up as truth-sayers who are simply seeking a platform to spew yet another form of hate. ALL of these groups pretend to care for the rights of others while trampling the constitution beneath their propaganda machines. If for some reason a prior accepted doctrine, be in Biblical, Constitutional or otherwise must be changed to fit the propaganda, you can probably assume it is not correct thinking.

The key here to note is that it is not for nothing that this all transpires. But one should question, does it benefit the world, human race, and all equally? Or does it simply further an agenda that many of us really don’t have personal feelings about anyway? Our lives are impacted by those around us, this is inevitable. Why is it then that we are so intolerant of other’s beliefs that we must vilify them in propagandist games; that are likely only a political ploy to polarize citizens in an “Us against them” mentality?

"The Psychology of Warfare." Psychological Warfare.cs.stanford.edu