7 Signs Of A Toxic Relationship

7 Signs Of A Toxic Relationship

Noticing the not so obvious signs of emotional and verbal abuse. 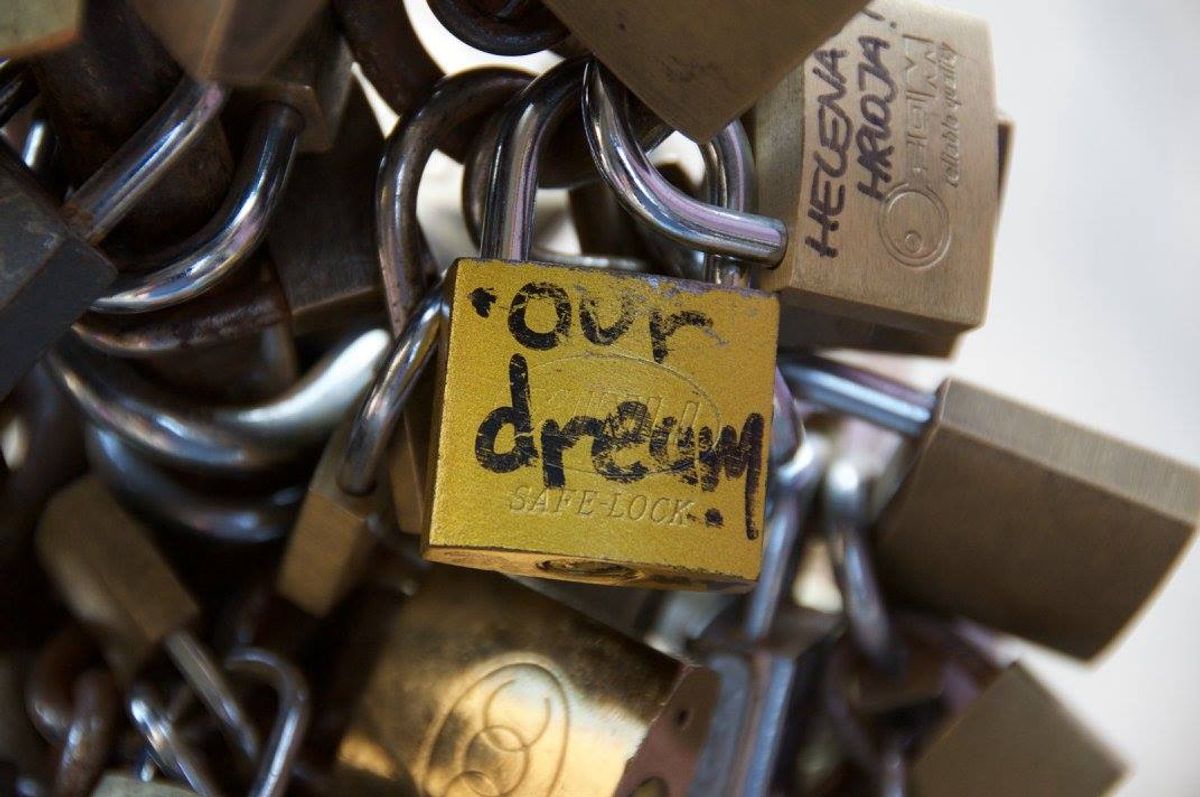 You don't know me, and I don't know you, but sometimes we learn the greatest lessons from complete strangers. Today, I would like to share my victory.

What do you think of when you hear the word “abuse”? Do you see bruises? Blood? Scars? That's what I pictured, until abuse happened to me. Now, I see my ex boyfriend’s face, the intimidation and fear I felt every time we argued, the tears I cried every night as I tried to fall asleep, the friends I lost. These are the images of my verbal abuse.

One day he was writing me heartfelt love letters and the next he was giving me the look of distaste. Something in him changed. Something snapped. Something I had no control over. He was not the same boy I had fallen in love with. I tried to tell myself I could change him, but I was soon proven wrong.

I’d like to share warning signs I found way too late. My hope is that all of my pain will spare any other girl a minute of pain I felt.

1. Flowers, jewelry, stuffed animals - he will romance you, to the point where it's almost suffocating.

It’s easier to control someone when they are completely and totally in love with you. You'll get to the point where he seems too good to be true and that's because it is. Don’t get me wrong, any man should treat you like a princess but be aware that he may be showering you with these presents to distract you from his control and manipulation.

2. If you feel as if the relationship is moving too quickly, it's because you're right.

I felt this way too. We planned on going to college together, at least he did. When I told him that my dream college was not the same as his, I was immediately accused of not caring about him or his feelings which was not at all the case. The only way I felt I could prove this to him was to follow him to his school. This was the biggest mistake I ever made in my life.

3. You will feel the distance growing larger between you and your friends.

He will isolate you from anyone and everyone and even make you feel guilty for spending your free time with some girlfriends. He will say that he cannot stand being away from you and the thought of you spending time with others instead of talking to him is killing him. I lost two years of memories with of my closest friends because of this, something I will always regret.

4. He always needs to be in contact with you.

If you miss a phone call or don't respond immediately to his text, he instantly worries about where you've been, who you've been with, and what you've been up to. This will come across as his concern for your well-being. Don't fall for it like I did. I began asking his permission if I could have lunch with a friend or go shopping for the day. You begin to lose your sense of freedom and individuality.

5. Getting into arguments is normal and healthy - if dealt with in the right manner.

Conflict is healthy in any relationship... just not when it's every day and over such trivial matters. If he (or she) belittles you to the point where you become afraid to disagree in order to avoid conflict. No one has the right to tell you how you feel, not even the man holding your heart in his hands.

6. He will make you feel as if you bringing up the fact that you're upset is the real issue here and ultimately it's your fault - again.

He will never be wrong in his own eyes, it's always your fault, and he is always the victim. I had the most trouble with this and this can be the hardest to overcome. If you are in a verbally abusive relationship, you will constantly find yourself picking up the slack, even if you aren't the problem. If you have upset him, you'll do anything to make him love you again. And I mean anything. You will find yourself apologizing for even such small things like bringing up the fact that he hurt you when he said you needed more makeup over that pimple because it "embarrassed" him. Even if it's not your fault, you will apologize over and over again because he makes you feel like that is your responsibility.

7. He will play games with you, making you feel that without him you are nothing.

The saddest part is that you'll start to believe him. He will make you chase him and make you feel so terrible about yourself that you start to lose your freedom, sexuality, and most importantly, your freedom. You begin to feel like his puppet. His object. Know that you are a person. You are a beautiful person, worthy of so much love and respect. More than he will ever realize.

I am sharing this with you all because I know how hard it is to stop being in denial and face the facts. It took me a year to face it, and it was still just as hard to end the abuse. I'd like you to know that it will get better. It did for me. Here I am, talking about one of the most horrific things that has ever happened to me. I am attending my dream school 3,000 miles away: University of North Carolina - Charlotte. I am chasing my dream and no one else's, and I won't stop until I reach that goal.

Today I am here because I feel the need to address a common misconception. When people hear the word abuse they think domestic, sexual, physical. But there’s so much more than that. There’s abuse out there just as haunting and terrible as those that no one talks about. Mental abuse, verbal abuse, emotional abuse. Many people call us victims of abuse, and I say they're wrong. Those I have met, those I know who have suffered from all forms of abuse, those are some of the strongest people I have ever met. We are victors of abuse, not victims of abuse. Do not see yourself as a victim of his abuse. You are so much more than that. You are a victor. A survivor. A person worthy of so much more than the bruises he left on your heart.