When do we sacrifice our principles for our safety? 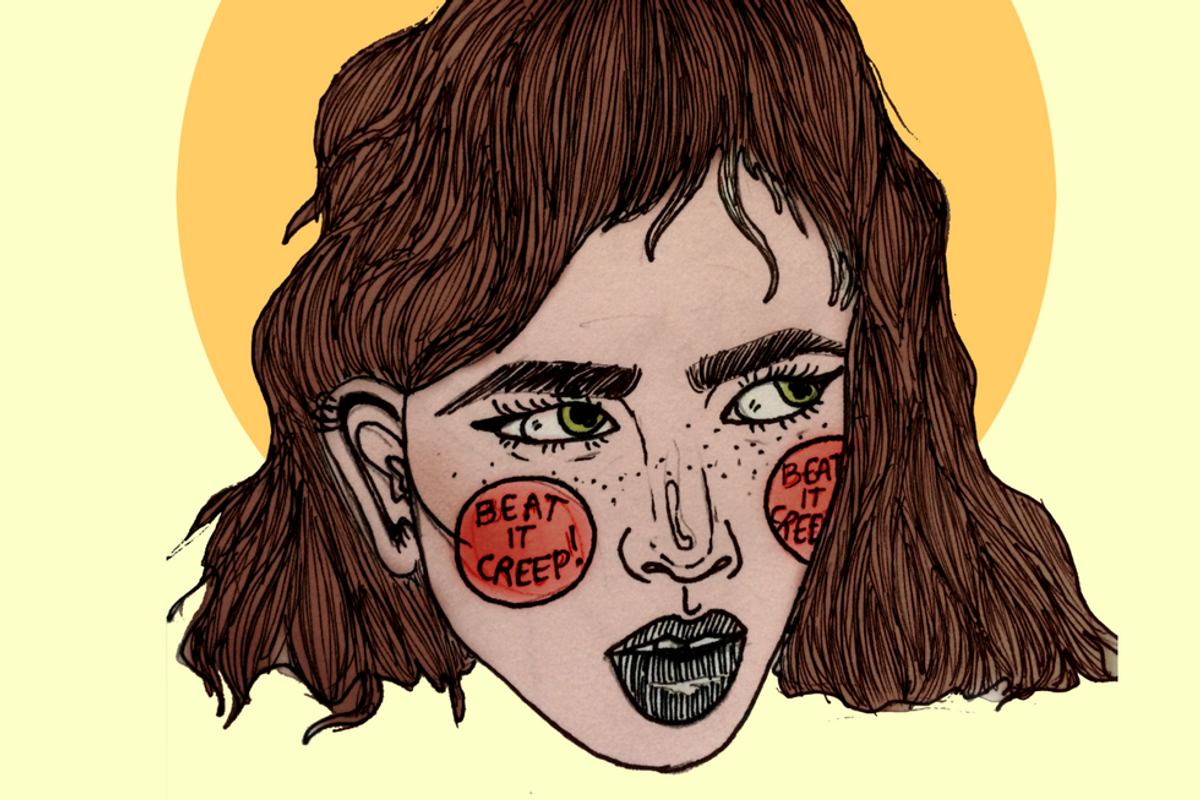 I’m fairly certain almost every woman has at least once taken a second look in the mirror before leaving the house and worried she is calling too much attention to herself with her outfit. I know for sure I have, and even the most conservative women have surely second guessed a new skirt or shirt. Worrying about your appearance reaches far beyond just wanting to look nice; specifically, many women worry about looking too nice- looking like a skank, prostitute, like they’re “asking for it”. While walking down the street, taking notes during a lecture, or simply going to work, women are pressured into dressing “appropriately”, and those who do not (or do not have body types deemed “professional”) are judged, name called, and worst of all: cat called.

Cat calling is one of the grandest forms of loss of privacy and respect a woman experiences in her everyday life. The buzzword has gained incredible controversy over the last year as one sect of society has tried to explain it away with simpleminded phrases such as “freedom of speech” and “boys will be boys”, while the other uses it to fuel politically charged YouTube videos and articles to try and ride the new feminist wave.

Yes- I am also aware I am probably doing the same thing, but I can tell you as someone who’s experienced this often throughout my life, the simple fact of the matter is that I’m angry, sick of it, and quite frankly confused. YES! A WOMAN, a proud FEMINIST no less, is CONFUSED on how she feels about cat calling, mostly on how she should respond to it. I am confused not because I want to buy the excuses of men that they are giving us compliments, because I’m sorry, but when I get compliments, I prefer to not have them screamed at me by strangers laced with profanity and gross sexual connotations. I am confused at whether or not my retaliation to a catcall is worth the danger it could put me in.

I am confused because I am caught between my principals and my safety.

That’s a terrible place to be. That’s the messed up and bad place many women are in right now. Recently, I had an encounter where two friends and I were walking alone in the city after a concert. Two men pulled up in a car and one yelled a gross sexual phrase to the three of us. My initial reaction (and I promise I did not even take a second to think) was to yell back, telling him basically to “go away”, but in a far more colorful manner. The driver of the car apologized saying it wasn’t him and they drove away. Now here are two possible outcomes:

Exactly what happened: I feel like a proud feminist who kicked his misogynistic butt and stood up for my principal, like the strong woman I am.

Really bad things: He gets angry, comes after us, etc. and I should’ve just kept quiet.

The fact that I feel as though I will only be further punished for standing against my abuse shows me so much of what is wrong with our society, but also sadly what is just unfair about life. It’s not just women obviously, there’s always a question of fight or flight, whether to put someone in their place, or let it go and diffuse the situation. This can be applied anywhere from when someone cuts you off, to bar fights (not that I have experience in that field), but the problem with this question in this context is that it’s being applied to a systematic abuse. This is not just another case of crappy humans; this is a case of societal objectification and male entitlement. This is a case of superiority, men thinking they have the right to comment on and abuse a woman’s body, simply because she is a woman. There are terrible men and women out there, do not get me wrong, that do terrible things to each other, but the acceptance of common and public verbal abuse of women in our society is just not OK. In any societal issue, the promise of violence in return for vocalizing one’s discontent is always present. In this situation, the issue is furthered by the fact that discontent at the original issue of abuse, only yields more violence.

The solution to stopping a societal problem is to change society. We change society by speaking up about it and hope that people will listen, but more often than not, we have to fight, both with our words and with our bodies. That night, I fought back with my words first, risking the safety of my body, because something rooted deeply in me said to not put up with disrespect. It told me to fight for myself as a woman so that women as a whole can be respected. Making a change requires a bit of danger; it requires putting yourself out in harm’s way. Humans have been doing this forever, from the martyrs to the civil rights movement activists. Sometimes you need to put yourself at risk for the greater good, even if it means making an example out of yourself of how truly messed up things are. The human in me tells me to stop stirring up trouble and be happy with all the good I have, but I know I need to make sacrifices so that the women who come after me can have better. I guess that’s why my gut reaction was to retaliate that night, and all I can do at this point is hope that it will make a change for the better in the long run.