I knew I wanted to go to a small, Christian university but attending one turned out to be a lot different than I expected. 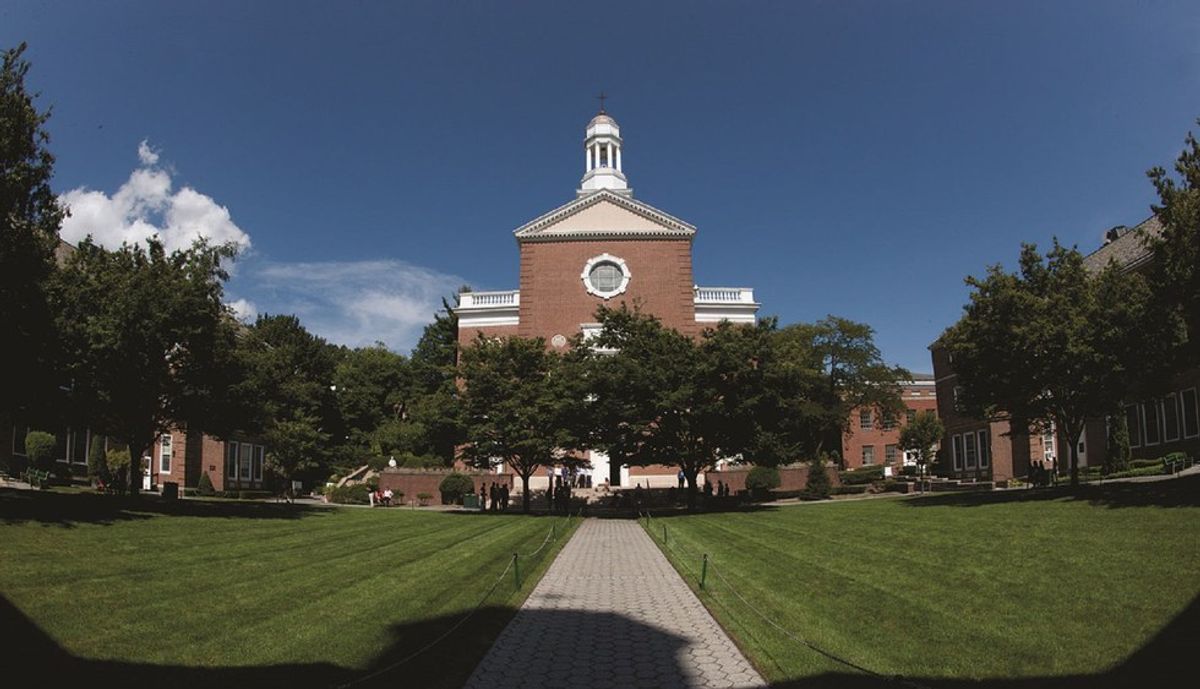 From the very beginning of my college search in high school, I knew I wanted to go to a small, Christian university, but attending one turned out to be a lot different then I expected. Though I love my university, I didn't realize how influential some of these factors could be.

You'll probably be surprised by how small the school feels after only your first semester or two. You'll probably know everyone, and you'll probably see the same people every day. Avoiding people really isn't an option when you attend a small private school.

I'll be honest, I've spent a lot of time hating the small school feeling. Sometimes you just want to go somewhere where you don't know anyone, and get lost in the crowd. In order to avoid this feeling, you need to learn how to separate parts of your life from your school. Make sure you create social circles off campus. Maybe get an off campus job, get involved with your churches small group, or even get in the habit of studying off campus.

But also, learn to appreciate this. Thing is, life won't always be like this. Take advantage of it while you can. It's actually a huge privilege to know everyone you're surrounded with, to grow academically, spiritually, and emotionally with the same people for your entire college experience. Since all of life can't be this way, take advantage of it while you can, and allow it to develop you, while still building healthy social circles outside of school.

Going to a small, Christian university probably means that the people you are surrounded with will tend to follow a pretty uniform pattern of thought. This has it's ups and downs. On the up side, you can be pretty sure that the majority of the people you are surrounded with share your belief in God, which is extremely refreshing. However, it can make individuality difficult to foster. There is always going to be a dominate approach to a shared faith, and this can make it difficult to hold on to and discover each individual's personal walk of faith.

This is a great call to unity though. Going to a Christian university is like attending a really large church, one body, many different parts. It is a call to learn to appreciate each individual's gifts, talents, and callings in a way where none are overshadowed or over glorified. This is a difficult balance to find, but one worth seeking

3. It's probably going to be pretty conservative.

You might expect this one, but you might be surprised the extend to which it can reveal itself on some occasions. Attending a public, or even private school for your high school education is automatically going to put you in the minority once you start at a small, Christian university. Most people you are surrounded with were homeschooled. In addition, if you are new to the Christian faith or still not sure about it, you will likely be overwhelmed by the amount of Church raised individuals you are surrounded with, but fear not, you are not the only one. A lot of times, people are less conservative than you'd expect, but still yet, it may take you by surprise how much we can fit the stereotypes sometimes.

If conservative isn't your style, be prepared to stand out a little in some social circles. It's totally ok and accepted, but might initially surprise you if you attended a public school where you were actually the conservative one.

We joke about this one, a lot, but it's so true. Guys and girls segregate themselves unconsciously. It's like we're still in middle school and afraid of cooties. It's kinda funny, annoying, but funny. We do it during chapels, lectures, and even the times we get together for parties or events.

Don't get me wrong, guys and girls are friends. But you're gonna get real familiar with the word 'platonic' if you choose a small, private university. I don't know if it's like the new friend zone thing, or if its a natural responce to avoid the DTR. Either way, platonic friendships are rampant.

I think part of this stems from the fact that most people in Christian universities take relationships pretty seriously. This being said, sometimes we might overcompensate for that in our interactions with people. Maybe we're overly cautious to not send the wrong signals. Don't misunderstand me though, yes, relationships should be taken seriously, but our approach to relationships is often reflected through the elementary-like segregation of adults, and if we're being honest, probably prevents a lot of healthy relationships from developing.

A lot of the aspects of the small private university took me off guard. You may not like them all, or agree with them all, but remeber why you chose to attend the school to begin with. Learn to appreciate the uniqueness and cherish it while you can. Going to a small private university provides you the unique opportunity to form a close knit family with your peers and instructors. It's unlike most other times in your life, so cherish it while you have it.