Confessions Of A Trapped City Girl
Odyssey
CurrentlySwoonLifestyleHealth & WellnessStudent LifeContent InspirationEntertainmentPolitics and ActivismSportsAdulting
About usAdvertiseTermsPrivacyDMCAContact us
® 2023 ODYSSEY
Welcome back
Sign in to comment to your favorite stories, participate in your community and interact with your friends
or
LOG IN WITH FACEBOOK
No account? Create one
Start writing a post
Politics and Activism

Confessions Of A Trapped City Girl

Nebraska sunsets are cool, but I’m more of a skyline kind of girl. 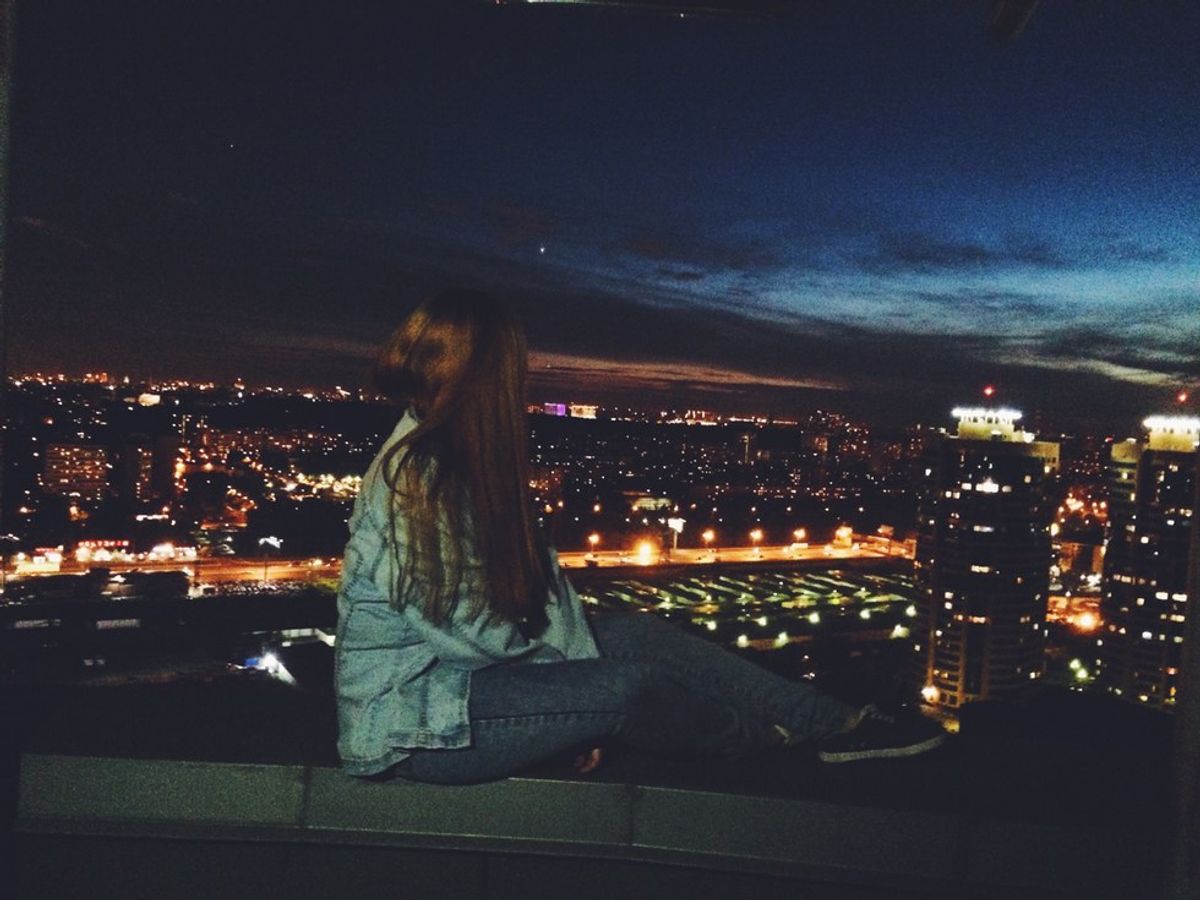 I want to start off by saying that I’m grateful that I got to grow up here. The town I have lived the majority of my life in, and the state in general, was a wise decision on my parents part when moving from California. If I had the chance to go back in time and instead make the decision to stay in San Diego, I honestly wouldn’t. That means I would not have the wonderful friends I have today, and who knows, I could be a totally different person, and who knows if that would have been a better person. To put it simply, I think I have the small town scene, outgrown Nebraska, and Midwest vibe in general.

I need new, I need different.

For one, I’m not one for seeing the same people when I leave the house. There’s something about the familiarity of everything that isn’t necessarily comforting or welcoming to me, it’s gotten to the point where it’s kind of annoying. I would much rather have a city scene, where I see people everywhere from all different walks of life roaming the streets day and night. I know this might bring up the fact that I could come across criminals and those who are up to no good, but there are bad people everywhere.

I’m thankful that Nebraska has granted me with a pretty low crime rate in comparison to other states, but there’s still more points to be made. Seeing and meeting new people is what gives me a sense of purpose, and it’s something that I don’t get to do around here. Plus, there’s something mysterious about seeing someone that you might not ever see again, and you wonder what they’re like, or what would happen if you did interact with them.

I feel at home when I’m in a city, and there isn’t a specific city that I have in mind, but the opportunities are endless in a city. Sure there’s Lincoln and Omaha that I would consider as cities, but that still isn’t enough for me. Yes, there’s a higher cost of living when it comes to living in a city and higher crime and more traffic, but there are also some positives that attract me.

There’s diversity in the population, stuff to do on the weekends and even the weekdays, more shopping outlets, and different places to eat—you have the option. Being in my 20s, I like having my options, and I know that once I have enough money to be stable on, I’ll leave the tractor-life behind (I don’t ride a tractor by the way), and move in to the lights and fast-paced life that a city has to offer.

Nicole Marie Nigro
Individual Creator
8952
c1.staticflickr.com
Where to start...... Let me start with the cliche that life throws us curveballs and what we do with it is what counts.