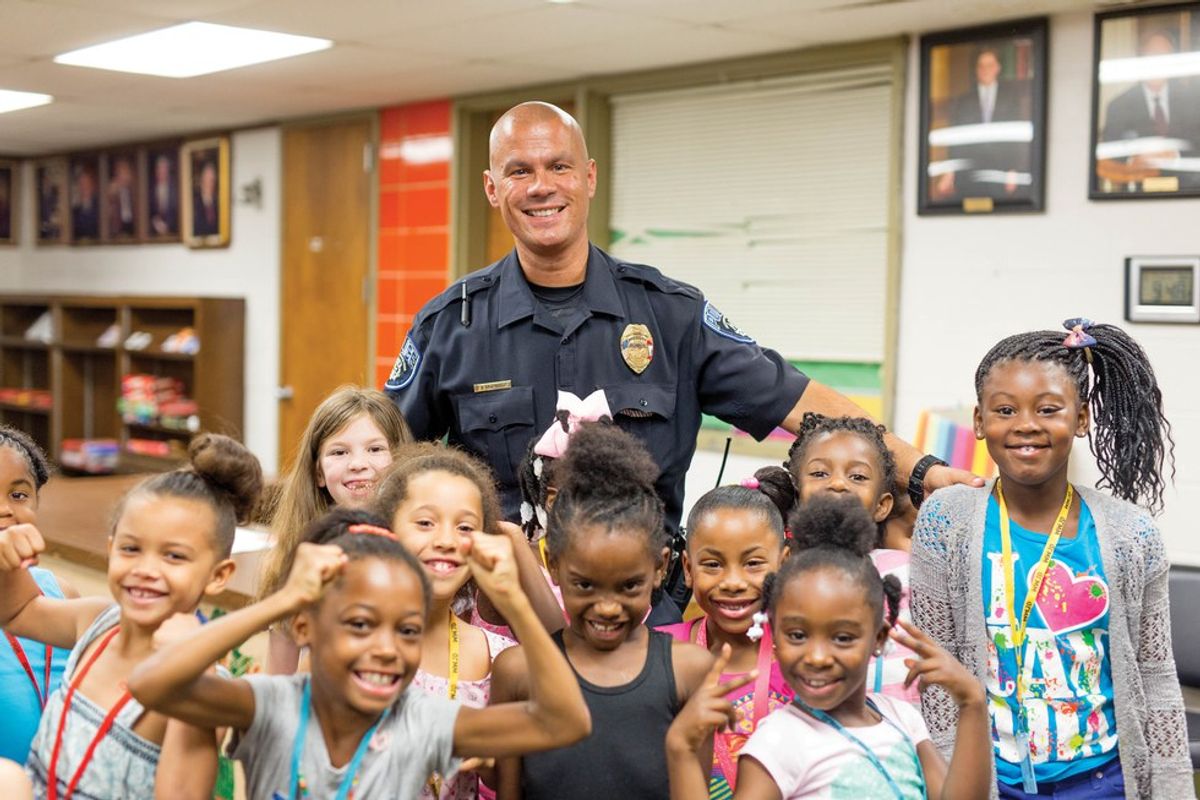 After all the madness that has been happening lately, the world was introduced on all social media platforms to a man that has decided to give back to a small urban community in Little Rock, Arkansas. Officer Tommy Norman, a super cool guy with a burst of laughs displays on Instagram his daily life on and off duty. Norman along with his biggest fans "Fat Mac", "Amiyah", and "Cortez" just to name a few show how they all look forward to his patrol with snacks in the trunk throughout the neighborhood. Officer Tommy started giving back to the community by simply spending time, getting to know about the culture, and most of all showing respect and unconditional love.

Norman buys food, clothing, and toys, just to put a big smile on the kids faces in the community. I started tearing up as I watched how this man who doesn't have to do this gives back and his whole heart is in it! Some look at Norman as an "angel in disguise" or the new modern day "peacemaker" but he is more than that. Actually before the recent police shootings, there is a whopping 10,000 video logs of Norman and is daily community policing.

The best part of Norman travels is to his good friend "Lois" who is an elderly woman that resides in a local senior citizen complex. Officer Tommy visits Lois every day by just having lunch with her or just taking her out for a nice ride around the neighborhood in his car. Of course, he looks up to her as a good friend but in Lois's mind, she is his potential love interest!

Recently, west coast rapper "The Game" and his son recognized Norman's sacrifice and decided to set up a "Go Fund Me" account for everyone to donate and help fund the urban communities in Little Rock. In just two days, they raised $40,000 of their $50,000 goal. Many people are so glad to see Officer Tommy and his dedication to the children. It gives this new generation hope and it also lets them know that all police officers aren't bad. They are still some police officers who care and actually take their job seriously.