Coming Out: How It Changed Me
Odyssey

Coming Out: How It Changed Me

Coming out can be hard, but every story can influence another person to be themselves. 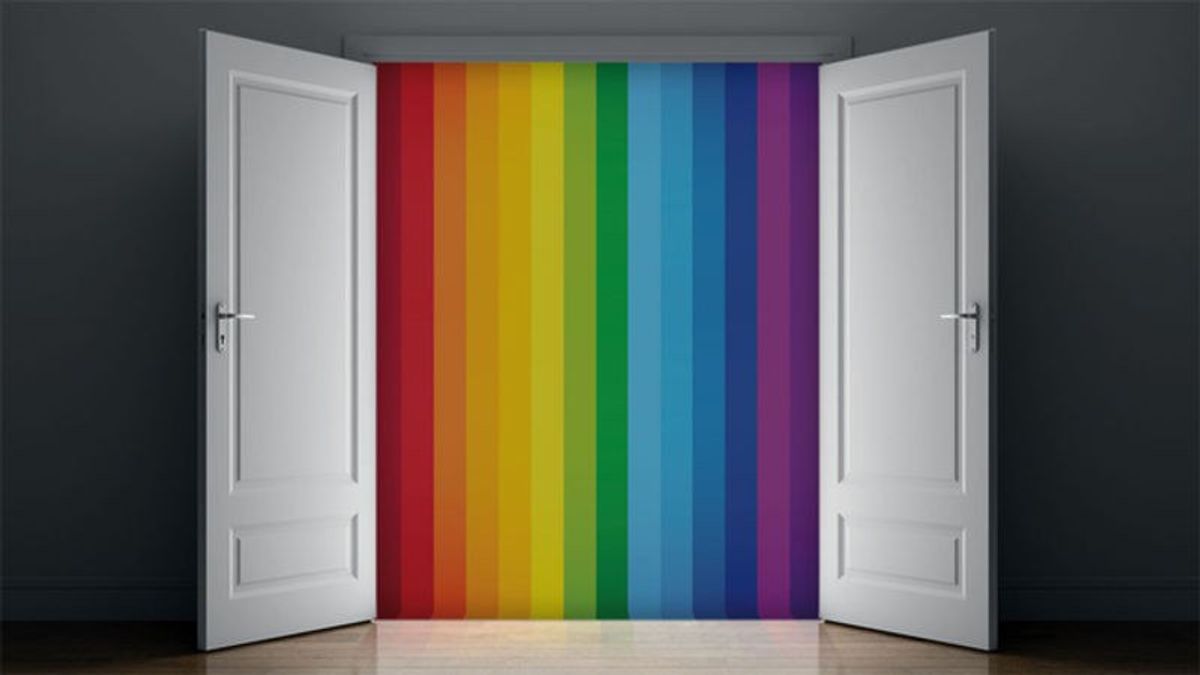 "I'm coming out, I want the world to know, got to let it show!" Those are the words sung by the great Diana Ross. The feeling of coming out as gay, lesbian, bisexual, transgender, etc, can be a great feeling. It's a feeling of being strapped down in chains for so long that you are now finally able to break free. The journey to come out can be long, and it can have both a positive and negative impact. For me, it was a journey of self-discovery. It was a way for me to find out who I really am as a person. Reading all of these coming-out stories is what helped me feel that if they could do it, so could I. Before coming out, I couldn't look at myself in the mirror without feeling disgusted with myself. I was a hiding in a shell of my own person. After, I felt like i could finally be free to be myself. I've been trying to find the right words to say when talking about my coming out. Now... I'm ready.

Growing up, I never really knew what the word "gay" was. When asking my parents, they just said that it meant happy. Being a little kid, I sponged up everything that my parents said, so I would always describe myself as being gay. Saying that to others is what got me picked on at school. I was told that being gay was wrong because I would be liking boys instead of girls. To me, I never saw anything wrong with that. I always believed that we should be able to do whatever we want. Of course, as little kids, we forgot about everything and everyone just seemed to forget the fact that I said that I was gay.

Flash forward to middle school and everything takes a turn for the worse. As puberty starts and hormones start to race, I found myself not being attracted to girls, but to boys. Of course, as a young teenage boy, I wanted to express my feelings towards how I felt. Middle school can be a pretty rough place for anyone, but for me, it was more like a pit of hell. Rumors began to spread about me being gay and I was starting to become the target of bullying. I was constantly denying that I was gay almost every day that I was there. I began to hate school and fake sickness because I just didn't want to deal with the bullying. I became depressed because I was being ridiculed for something that I had no control over. I started to lose sleep because of the massive anxiety that i would get just thinking about what horrible things were going to happen to me at school. I became addicted to sleeping pills and found myself taking one pill after the other just so I could sleep. I wanted so bad to end it all... but I needed to show myself and everyone around me that I was strong.

High school came around and the rumors began to die down. I finally felt like I wasn't the center of gossip, but I still felt like an outcast. Yes, I still had friends, but even having their comfort still couldn't make me feel better. By senior year, I was ready to graduate and get the hell out of my hometown so I could go on to college and start everything over again. Towards the close of the school year, the senior class holds a spirit week with different themes for each day. When coming up with ideas, I was going to go as Hades from Hercules (I think one of the days was Disney day), and I was going to go with all of these hairstyles and clothing to fit the character. What stopped me from going any further with this was a comment that one of my friends made saying "I"m not sure you wanna go through with that, people still think your gay and if you dress up like that, you will be tortured." To be honest, that hurt, but I didn't go through with it.

I got to college and I was finally able to be myself. But, I wasn't sure how to come out as gay. The ability to finally do it came towards the middle of the semester and an assignment for one of my classes was to write about the one thing that we wanted to accomplish. When doing this assignment, I was trying so hard to build up the courage to write about my true feelings, but I kept on holding it off and was writing other accomplishments I wanted to make. Finally, I just wrote: "The one thing I want to accomplish is to come out as gay." At that moment, I just stared at that sentence and realized that I finally did it. I finally came out to myself. I handed in that assignment and I felt so proud of myself. Later on, I got the assignment back and received a full-on short essay of how proud my professor was of me. Before the start of my second semester, while talking to a friend of mine, I just came out right in front of her and she was cool with it. After that, I came out more and more and it felt so easy because everyone was so accepting.

The biggest problem was coming out to my parents. The summer before my sophomore year, I was messaging a friend on a family iPad (really meant for my dad, but my mother calls it the "family iPad") and I must have forgotten to sign out of the messaging app. I came back to school, and I received a phone call from my mother. It started out as just a typical conversation, but then she asked me if I was by myself. Being that I was in my dorm room, I said yes and asked what was wrong. "I read the messages that you were sending to your friend," my mother said. My heart dropped and just fell into the pit of my stomach because I didn't want them to find out through messages. I wanted to tell them face-to-face. As I was freaking out and saying "please don't disown me,' my mom calmed me down and said that she, my father and my brother were cool with it. They just wanted to see me happy. I felt so much better knowing that my family was cool with me just being myself. I later told my grandma and let's just say that she was ecstatic to finally have a gay grandchild (must be some reward or something). On Coming Out Day, I came out on social media and the support was so positive that the feelings of being depressed left my body.

I wanted to show what a person goes through with the coming out process. It can be easy, or it can be hard. I guess you can say that this is a letter to those closeted individuals who are still not sure about coming out to their family and friends. To any closeted person reading this, I want you to know that it truly does get better. Even if things don't work out the way they should, getting that weight of coming out off of your shoulders is the greatest feeling.You are loved no matter what, and you should live your life the way you want. You should be happy.