Coming Out As Agender: Danny's Story

"Iv'e been called a fake and it's the worst thing ever. People haven't been in your head, they don't know." 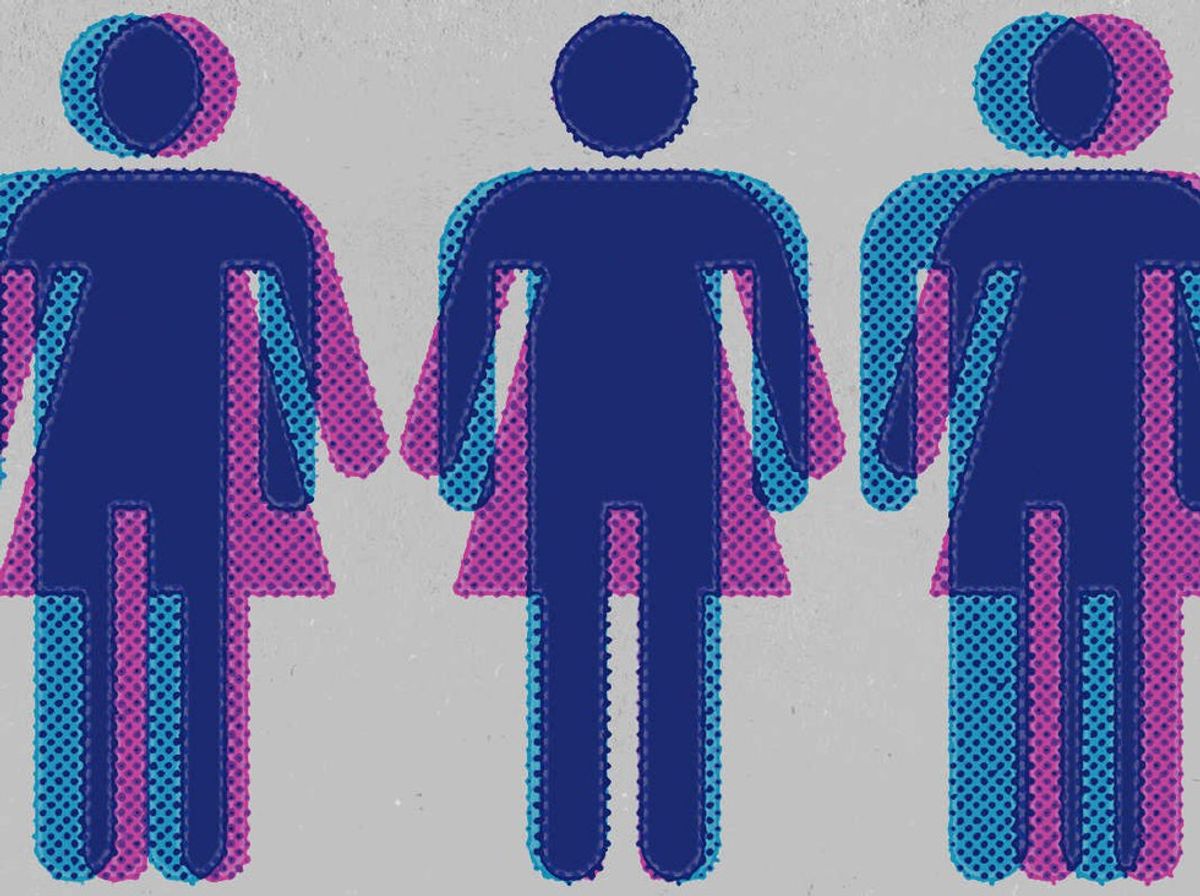 At the ripe age of 18, Danny has finally found a term to describe his self, human. For those that are dead set on labels, after four years of self-discovery, Danny has found that they are agender, or feel like no gender at all. Though they are now more comfortable in their own skin and new found identity, it was not an easy road.

At just 14 years old, Danny, then known as a cisgender female with her birth name, began to question their sexuality and explore the boundaries of gender. They described the experience of self-discovery as stages of grief along with a lot of self-loathing. As Danny developed a crush on a girl they were for the first time experiencing their true sexuality. "My sexuality helped a lot with finding my gender," Danny replied when asked if there was something that lead to their identity voyage. Age 14 was a hard year for Danny, as they were just coming into their true self, but it was easier than what was to come because this was still private information.

At age 15, Danny went through a stage of hyper-masculinity--anything girly was almost repulsive and they would beat them self up about not being as masculine as they would have liked. This is also the time that they started to come out to people as transgender--through this year, Danny realized that transgender wasn't the correct term because sometimes they didn't fully feel masculine, so they decided to start using the umbrella term 'non-binary'. It was also the time that they started to introduce the name 'Danny'. The first people they told were close friends only, and they were relieved to find that these people were supportive. Danny says that, "I wouldn't be here today," in regards to the support that they got from their close friends at that time.

Danny's family is another story entirely. When they were asked about how their family reacted to their identity, Danny physically shuddered before answering. The only family member to take it well was their sister. Danny's sister, also part of the LGBT+ community, was very supportive and accepting of who Danny was and became one of the only people that they could really open up to. Their other sister, the older and most religious of the three, does not know their full story, but suspects something is up and is very unhappy about it. Danny's mother has been nothing short of livid through the whole journey. She forces Danny into wearing makeup, feminine tailored clothing and keeping their hair at shoulder length. When she found out that Danny will be legally changing their name in a few months, she became extremely vexed. Danny's mother has also coerced them into not telling their father about their gender or sexuality. Though their family can be "difficult" at times, Danny does still love each one of them.

The majority of Danny's family has given them quite a hard time, but never as hard a time as the bullying Danny faced at age 17. The bullying came from a girl that was once a very close friend of Danny's. She instigated problems both at school, where she called them an "it", and online where she got her Instagram followers to send them death wishes. This has done a real number on Danny's mental health and even though things are over and this is in the past, it still psychologically affects them.

"I've been called a fake and it's the worst thing ever. People haven't been in your head, they don't know," Danny answered when asked what the hardest part was.

Danny has been lucky as far as relationships go--they discovered they identified as pansexual and began dating whoever they were attracted to. They have had a fling with a trans boy, and a relationship was a cisgender male--both relationships went over well and both people were very accepting of Danny's identity. In light of the recent LGBT+ shootings and the new strain on bathroom issues, Danny feels like, "I can't be as open about it," and feels threatened when in public. They wish that people could become more educated on issues as such so that way the world might be able to come safer if more understand what's going on. Danny thinks that it is so much harder for the average person to come out because they are being targeted so much more than celebrities who have unwavering support.

The fact of the matter is, coming out is hard in general, especially if the area you are in isn't the most tolerant or supportive. Though Danny was lucky to find quite a bit of support, they really did learn that it is not all rainbows and butterflies, coming out at a day in age where it is very accepted and also strongly discouraged, is one of the most difficult things anyone can face.

Danny's outlook on the future is bright. They feel like the road to agender was very frustrating, but now that they are more comfortable in their own skin, it is like they are breathing for the first time. Danny is a legal adult now and cannot wait to change their name, participate in pride events, dress how they want, and cut their hair short. If you have taken away anything from this experience, Danny hopes that the message they have spread is, “Keep going. I wouldn't be around if I didn't push myself. It's not very fair, it's not easy, but keep going."

That is exactly what Danny plans to do because, as they said, "Only death will catch me. Gender never will."