Yeah, Colton Underwood Is A Virgin, Stop Talking About It

We Get It, Colton Underwood Is A Virgin, Stop Talking About It

How would you feel if you were constantly being asked about something so personal? 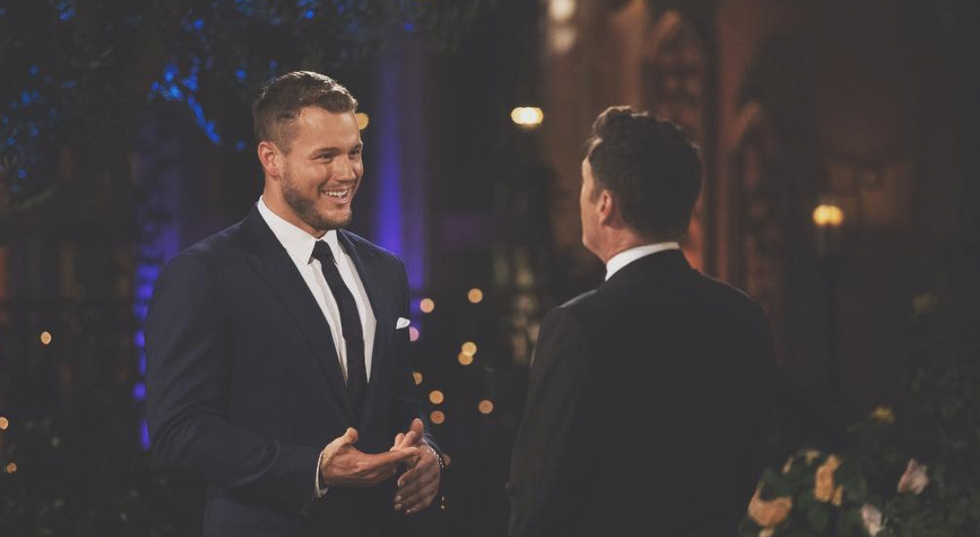 "The Bachelor" is back, and it was definitely a bit of a shock when it was announced that Colton would be the leading man. To be honest, I was rooting for Jason, mainly because the man doesn't have one flaw, but I figured I'd give Colton a chance.

As the months led up to the premiere, and Colton started appearing on various talk shows, one thing about him was constantly coming up: his virginity.

Now, if you're a true "Bachelor" fan, you know that this isn't exactly new news. After appearing on Becca's season last year, it was revealed that Colton had never had sex before. It wasn't really a big deal, but Becca took a little while to get over it because it came as a bit of a shock.

TBH, I think she was just disappointed because she wanted to bring him to the Fantasy Suite.

Anyway, since Colton has been announced as Bachelor number 23, the talk about his virginity has gone wild. Almost every time he's in an interview, a question comes up about why he's still a virgin and why he chose to make that decision.

It isn't even just interviewers doing this; ABC is seriously milking it. He is officially nicknamed as the "Virgin Bachelor", and Chris Harrison sure doesn't stop talking about it on the air. All within the first episode, at least three of the women brought up virginity jokes when they first met Colton, and another's first conversation with him was asking why he's still waiting to have sex.

Like, damn, people, that's crossing the line a bit.

I understand why everyone won't stop talking about it. Colton is an extremely good-looking man, he's 26, he went to the NFL, and he is STILL a virgin. It's out of the ordinary, but Colton grew up in a religious family and learned that his virginity is something important.

There's nothing wrong with that, so stop diminishing him for it.

In this day and age, hookup culture is prevalent. If someone stays a virgin, people think that it's weird and there is so much stigma around it. Colton shared a very personal piece of himself, and people have blown it out of proportion.

Who cares if the man is a virgin? For Pete's sake, all we care about is who is getting the roses! The drama! The two-on-one dates! WHY does someone's virginity have to be what everyone talks about?

Colton has discussed that he isn't ashamed of his virginity, and it isn't something that takes up a big part of his life. It's important to him, so in my opinion, people should stop talking about it. We get it! He hasn't had sex! But it's no big deal, and ABC, the women on the show, and anyone else out there should stop making such a mockery of it.

How would you feel if you were constantly being asked about something so personal?

I swear, if one more "Colton is a virgin" joke comes out of my TV, I'm going to throw something at it. Leave the man alone and stop prodding him to expose more of his personal life. He's only human, and the decisions he makes about his life are for himself to judge, not you.

So, here's to another great season of "The Bachelor." One that's hopefully full of love, laughter, and no more virgin jokes.