Colombia: A Nation Obsessed With Beauty

There is no such thing as perfection. 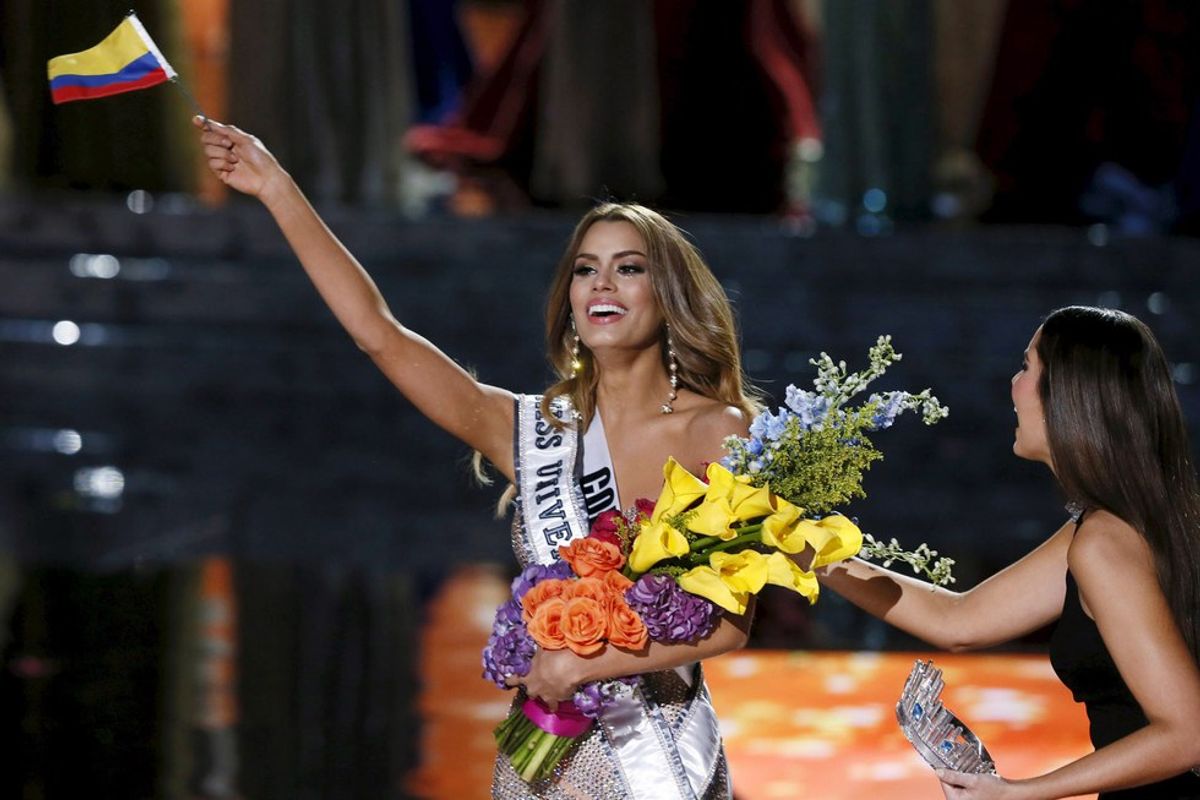 There hasn't been a day, while I've been here in Colombia, that I'm not reminded of being "fat." Teenage girls are taught from a young age, here, that if they aren't skinny or have the ideal body of a woman then they are nothing. Girls that eat a little too much than "normal"—which normal here is barely nothing—are told to be gluttons; they are criticised for eating.

Every day, I'm told to not eat so much, which to be honest, is a wrong thing to tell me because I don't eat as much.

Every day, I'm told that I should exercise and that way I'll lose those "bits of fat" that I have on my stomach and thighs.

Every day, I have to endure the criticism of strangers by others in the streets. "Did you see her thighs? Why are they so big?" "It's so sad that some women don't take care of themselves." "She should really watch her mouth..."

According to Ana Maria Ochoa in her essay "Gender, eating habits and body practices in Medellin, Colombia," she states that, "In Colombia, the cultural model of the ideal body for women has been established as having large breasts, a thin abdomen, and large firm buttocks and legs."

This causes women with bodies like mine to be denigrated. We aren't as beautiful in the eyes of the society here.

Medellin, Colombia, in an study by Inter-American Development Bank in 2006, was declared as "the fashion capital of Latin America [which] holds another world record: it has the highest rate of anorexia, bulimia and other eating disorders" by Dr. Lucrecia Ramírez-Restrepo an associate professor of Psychiatry at Colombia’s University of Antioquia.

She said that, "17.7 percent of young girls suffered from an eating disorder in the Colombian city, in comparison to 10.2 percent in the United States and 5.0 percent in Spain."

While Medellin may had held that record in 2006, it's not a lie that many children, young adults and adults suffer from eating disorders elsewhere in the country.

In 2011, an online magazine called "CronicaDelQuindio.com" wrote an article stating in its translation from Spanish to English that, "The creation of a culture of thinness has promoted lipophobia (fear of fat) among children under six years of age, and a negative attitude to obesity because these children have a mentality that they won't be fat because then they would be ugly, stupid or lazy children, and that idea increases in adolescence."

In conclusion, Colombia is a country obsessed with beauty.

Most of the broadcasters, television presenters and actresses who are women, are women who are and previously have been models. And that is because beauty pageants are taken very seriously. These pageants are what leads the winners with ideally great jobs in the communication field.

As an article in the NYT mentions, "Newscasts are stocked with former contestants, as are the soap operas and Colombia's red-hot modeling industry."

Which is not a surprise as mentioned by femination.org that "plastic surgery is extremely common place, and not unusual to be given as a gift to "quinceañeras" because that's the common age for young girls to enter beauty pageants and in order for them to win, they have to have the ideal body image.

In Colombia, a plastic surgery procedure is carried out every five minutes, according to the International Society of Aesthetic Plastic Surgery (ISAPS). This goes to show the obsession with having big breasts, big buttocks and a skinny figure.

However, being skinny should not be everything. Women, in this nation, should not be taught this kind of vanity from a young age because it's leading to the major issue of anorexia and bulimia. These eating disorders and phobias and being taught to children under six-years of age.

Being beautiful should not be judged with the appearance of someone.

All I know is that I am comfortable and happy with the way I look and I really wish women and men here understood that and stopped putting themselves and children in a position that forces them to have such an outlook in life.

As I've mentioned in my previous articles, being skinny and having the ideal body image isn't everything. Being sincerely happy with yourself, however is everything.

If you want to be skinny and have that kind of body, then anyone should be able to do what they wish, but they should do it for themselves and not because they want to be on par with society's image of perfection.

QueenRadhi
The State University of New York at Stony Brook
3242