I don't want to lie anymore. I want to be liberated of the burden of wrongness, that what I'm feeling is unnatural and crippling. I want help. 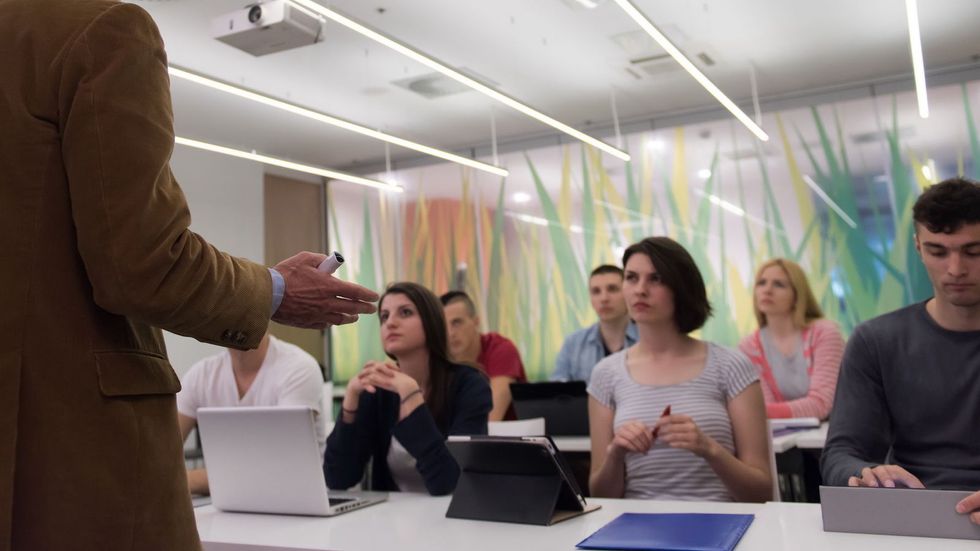 I struggle with my mental health.

It shouldn't be something so hard to say, and shouldn't feel taboo to reveal. I struggle, and it affects almost everything I do. Some days, my anxiety is so bad that I can't get out of bed. I can't leave my room, even if it's to get food. It can be crippling, and I know I'm not the only one.

A problem, to say the least.

There are resources on our campus, like Counseling, Alcohol and Other Drug Assistance Program & Psychiatric Services (CAPS), and similar institutions on campuses nationwide. These offer extra help for students struggling with any mental illnesses or health disorders, but what about in the classroom?

My teacher joked that we all had "spring fever" when participation and work return was running low. He attributed it to the need to be in the sun instead of the classroom. And for some, that might be true. But mental health problems are a direct link to a decrease in school-related success. It has been connected with lack of stamina, difficulty handling time pressure and multiple tasks, inability to concentrate, and more.

I've experienced it firsthand... the battle of trying to force myself to go to class and meet deadlines when my mental health is deteriorating. Pretending it isn't an issue and attempting to keep going with no adjustment to lifestyle makes mental illnesses only worse.

It is an endless cycle.

I've lied. I'm not necessarily proud of it, but sometimes, I don't know what else to do. I email my professor and apologize for having some made-up physical illness that debilitates me from coming to class or meeting a deadline. And it is perfectly acceptable to them, as, to their eyes, you're sick. What can you do?

Mental illnesses are not treated with the same acceptance. This can be linked back to the mental health stigma, and the tendency to view mental health problems as taboo or in a negative aspect. Universities are promoting the prevention of the stigma while, at the same time, promoting its ideals. It's a paradox that is seriously harming many.

We need to change. It is a call to action that has hit record levels of repetition. Professors and universities alike need to be more conscious of the reality that many of their students live in if they want the numbers of mental health conditions in universities to be lowered.

I don't want to lie anymore.

I want to be liberated of the burden of wrongness, that what I'm feeling is unnatural and crippling. I want help. I want to be accepted for my mental illnesses and I want professors to understand that, though I'm trying my hardest, sometimes, my anxiety becomes too much, and that, if I don't want to make it worse, I might need to take a breather sometimes. I want them to know that that's OK. I want myself to know that that's OK. I want mental health to be treated with the same acceptance as physical health.

I struggle with my mental health. I don't want to anymore. But if the aforementioned endless cycle continues, getting better is an idea that seems unreachable. And I'm not alone.