It's okay to give your opinion, but it's not okay to lie. 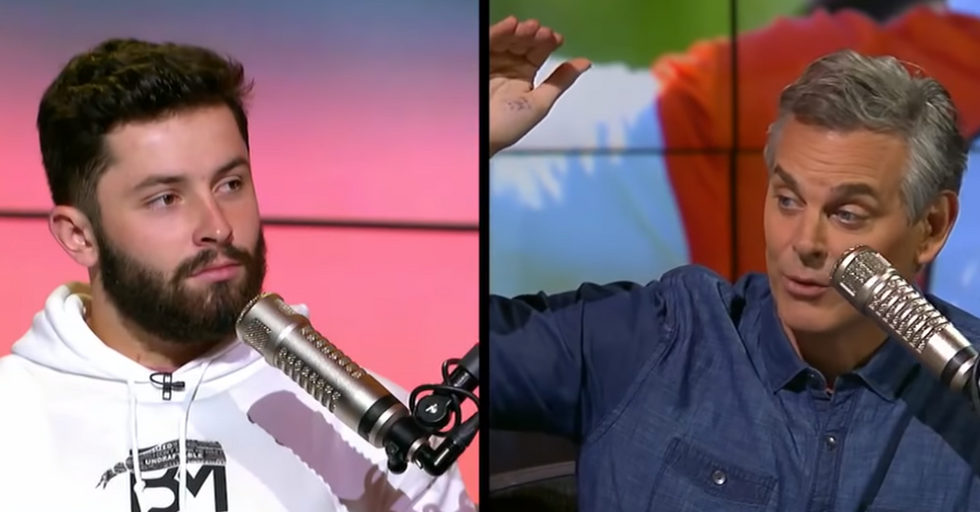 I love sports. While I primarily watch American football and basketball, I respect the ability of all types of sports to bring people together and create lifelong memories for both the viewers and players. Although the title of this piece may suggest otherwise, I also have a great deal of respect for the role of sports media personalities. These individuals provide an opportunity for fans to hear compelling discussions and opinions about anything sports-related.

It would be disingenuous of me to say that I love every sports media personality because I don't. As a sports fan, I have my favorite athletes and teams, and some media personalities often comment negatively about those teams and athletes, making it frustrating to listen to those remarks for a passionate fan like me. Even though I don't agree with every media personalities' opinions, I would never suggest that they stop voicing their opinions since everyone is entitled to one. However, when a sports media personality blatantly lies on their program, there should be repercussions by the network that allows them the platform to speak.

As you've probably figured out, the media personality that I believe should face repercussions for lying is Colin Cowherd. Colin Cowherd is a sports media personality who has a show called "The Herd with Colin Cowherd" on Fox Sports 1. Now, before I get into what Colin lied about and why he should face some form of a consequence for this lie, I would like to offer some aspects of his show that I do enjoy. I enjoy Colin's use of statistics on his show, certain guests that he has, and some of his segments such as "Colin's Blazin' 5" and "Where Colin Was Right, Where Colin Was Wrong." Now in this last segment, Colin actually recaps various predictions that he makes during a given week that were either right or wrong.

At this point, you might be wondering that if Colin has a segment admitting his inaccurate statements, why does this article exist? It's because my issue is not that Colin makes flawed predictions or statements; it's because he has lied on his show.

Anyone who regularly watches Colin Cowherd has a pretty good understanding that there is tension between him and Cleveland Browns' Quarterback, Baker Mayfield. They often go back and forth on Twitter, and Colin always voices his dislike of what he believes to be Baker's immaturity and poor-decision making outside of the football field. While I am a big Baker Mayfield fan, I would never suggest that Colin Cowherd should stop having an opinion, even if I whole-heartedly disagree with it. However, Colin Cowherd has lied to Baker Mayfield's face, on his show, and should face repercussions for it.

During one of his show's segments from March 2018 (in the video below) Colin Cowherd compares Johnny Manziel, a former Cleveland Brown's QB, and Baker Mayfield, who at the time was entering the NFL draft. He compared quite a bit, starting at the one minute mark of the video, such as their "cockiness," their size, their stats in college, their "skillset," and the fact that both of them wore "headbands." He even ends the segment by saying, "How do I not compare the two?" despite receiving pushback that it was unfair to compare them. Now, I wasn't a fan of Colin comparing Mayfield to Manziel, since I found it insulting to Mayfield, but again, that's up to his discretion considering it's his show. However, I do have a problem with him lying to Mayfield's face saying that he never compared the two.

In the video below, from June 2018, Colin is clearly saying to Mayfield's face that he never compared him to Manziel. Around eight minutes and 25 seconds into the interview, he specifically says to Baker, "I never thought you were Johnny Manziel. He's got issues, you don't. I never thought that." I had to rewatch the video twice to make sure I heard Colin correctly. I was stunned considering Colin spent about five minutes comparing the two quarterbacks a few months before speaking with Mayfield but lies to Mayfield's face about never comparing them. What's even more absurd about the blatant lie is that Fox Sports 1 has said nothing about Colin lying to Baker on his show.

This instance of Colin lying should not be taken lightly, and there are a few reasons Fox Sports 1 needs to penalize Colin in some capacity.

Firstly, Colin's show has accumulated millions of views via Fox Sports 1, YouTube, Facebook, and other outlets where his show airs, either in its entirety or in shorter clips. In other words, Colin's opinions and comments about athletes and teams reach millions of individuals. Thus, there has to be some repercussion for him lying to both Mayfield and his massive audience. Fox Sports 1 simply can't allow someone with this much influence to get away with lying on-air.

Secondly, if someone like Colin, backed by a media giant like Fox Sports 1, can lie and not face any consequences, what's to stop others from doing the same thing? This lack of accountability creates a culture where Colin and other media personalities can lie or skew the truth to fit their opinions without fear of being challenged by the companies that employ them. Consequently, viewers will continue to listen and be influenced by any dishonest statements if they are not made aware that the media personality is being deceitful.

Thirdly, there is a precedence for media individuals facing the consequences for lying on the air. The most famous example is probably that of Brian Williams, a former NBC news anchor, who was dishonest about some of his fieldwork as a journalist. Brian was dismissed from his role as an NBC anchor and has been slowly working his way back into anchoring positions. It would be asinine of me to say that Brian and Colin's respective lies are remotely similar in substance or magnitude. However, the question is not about the lies themselves, but it's the fact that they were dishonest during their jobs within the sphere of media influence. Thus, while I'm not suggesting that Colin Cowherd should be fired, Fox Sports 1 should pay attention to what NBC did and somehow make it clear that they do not condone on-air dishonesty from any of their employees.

Now, some might argue that everyone lies, and I absolutely agree. I've lied before, and I'm assuming most people have at varying intensities. However, when your job gives you influence and reach over millions of people and when your credibility relies on you speaking truthfully about teams and athletes, it is a significant problem when you lie. It's an even bigger problem when the network that supports you doesn't make you face any consequences.

If the media is going to hold athletes accountable for what they say, then sports media personalities, like Colin Cowherd, need to be held accountable, too.