Adjectives Used To Describe My Generation And Why They're Wrong

Adjectives Used To Describe My Generation And Why They're Wrong 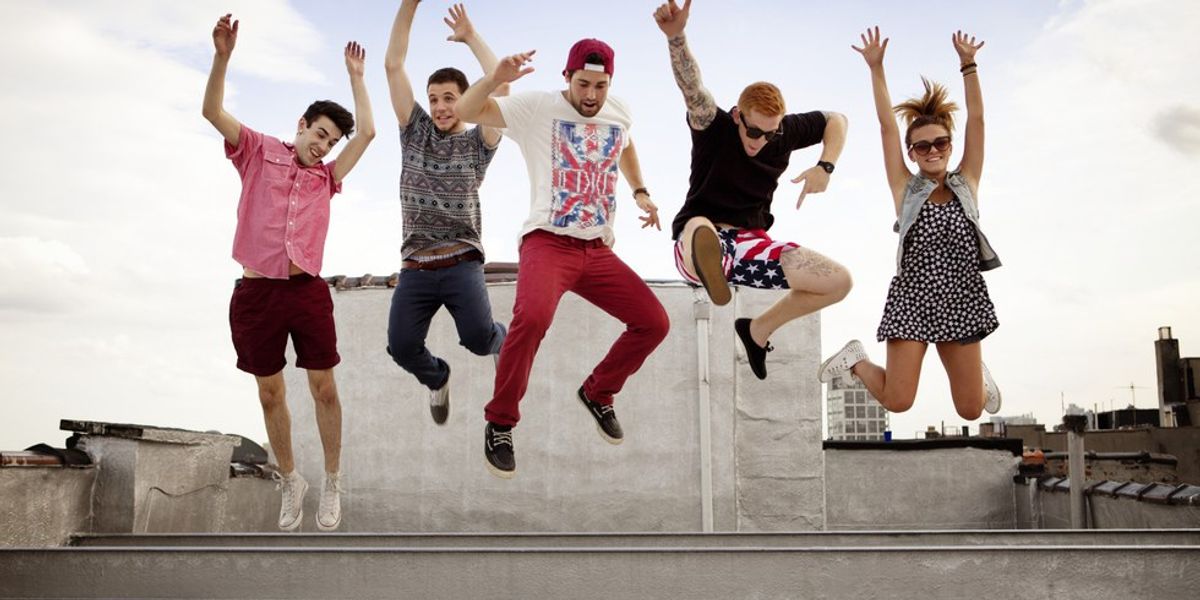 When I was sixteen, I was casually scrolling through my phone when the person sitting next to me grabbed it out of my hand and glanced at the number of notifications, handing it back to me with a smirk that was halfway between pity and condescension.

“You don’t have any notifications,” she stated, accusation dripping from her words.

“Yeah, I checked them all?” I questioned in self-defense, unsure of what exactly I’d been found guilty of.

But when she rolled her eyes and smirked again, I understood her message: You don’t have enough notifications because you’re not popular enough. If you had friends, your phone would be lighting up like a Christmas tree.

That didn’t sit well with me, so I resorted to the obvious: I became even more attached to my phone that I already was, eyes glued to it constantly in the hope that it would flash periodically with a text, Snapchat or instagram comment that would provide the self-validation the aforementioned person seemed to think that my life was lacking. Naturally, this was positively reinforced by the fact that the more time I spent aimlessly staring at my phone screen, the more there seemed to be things on it that were worthy of occupying my attention. The logical part of me understood that knowing whether or not the girl in my seventh-grade Algebra class was having a good time in the Dominican Republic wouldn’t particularly enrich my life, but what was logic in the face of a perfect opportunity to procrastinate a homework assignment I didn’t want to start anyway?

For a lot of people who are more than ready and willing to pass judgement on the way fellow millennials and I go about our daily lives, this mindset is a major problem.

People associate our generation with a lot of derogatory labels. Just Google “millennials are…” and see what comes up. We have been branded as a generation of hyper-sensitive, technology-dependent, whiny, entitled nightmares. A NY Post article written by a millennial bashing on his fellow youths advises us to follow his “rule number one –– do whatever millennials don’t.” He attributes social awkwardness to “Kanye-sized egos and smartphones,” sure of the fact that the ‘image’ millennials work so hard to build of themselves is always more interesting on paper than in reality. Anyone else notice the irony in defaming a generation you’re part of by condescendingly telling us that one of our problems is thinking we’re better than everyone else?

I’d be a hypocrite to draft out an article imploring those reading it to put the phone down and start “living in the real world more,” etc. With January and New Year's Resolutions approaching fast, it would seem the perfect opportunity to attempt that –– but that’s not why I’m writing. Maybe some accusations made by the NY Post have some basis in truth, but the point is, you can’t use blanket statements to define an entire generation, or to identify it as ‘the worst one yet.’ I admit, I don’t like the fact that validation seems to have become synonymous with Instagram likes –– but that just means that I choose not to measure my self-esteem in terms of little hearts that pop up on my phone screen. My phone may be perpetually attached to my hand, but most of the time, I’m texting my best friend about dinner plans, updating my mom about my day or catching up with a friend who goes to school in a different state. There’s a method to the madness. Social media is a double edged sword, and like everything else, there are strong arguments building it up as well as tearing it down. Using its overwhelming presence in the daily lives of millennials to support an argument undermining an entire generation, however, is both miscalculated and ineffective.

I don’t like being labeled –– by members of my own generation, mind you –– as co-dependent and prone to complaining. So that means that, despite being born in 1998, I’m going to live in a way that challenges the negative stereotypes associated with the generation I belong to. There are good and bad characteristics associated with every generation, and mine is no different. But far from denouncing my fellow 18-34 years olds for creating mindsets that arguably aren’t the best regarding certain things, I’m going to realize that “coddled,” “delusional,” and “narcissistic” aren’t the only adjectives at my disposal when describing myself or my friends.

Perhaps the ‘friend’ I referred to in my beginning anecdote had the wrong idea. But so did the author of the article who used mindsets like hers to besmirch an entire generation –– one who's, despite its shortcomings, has achieved much. In the coming year, I am sure that I will continue checking Instagram on the daily. However, I will also put my phone down long enough to devote myself to the things that I know matter more, and be amazed by the achievements of millennials who, like me, are doing the same.