A Closing Letter To The Oklahoma City Thunder's Season
Odyssey

A Closing Letter To The Oklahoma City Thunder's Season

OKC fought hard, but the war is just beginning. 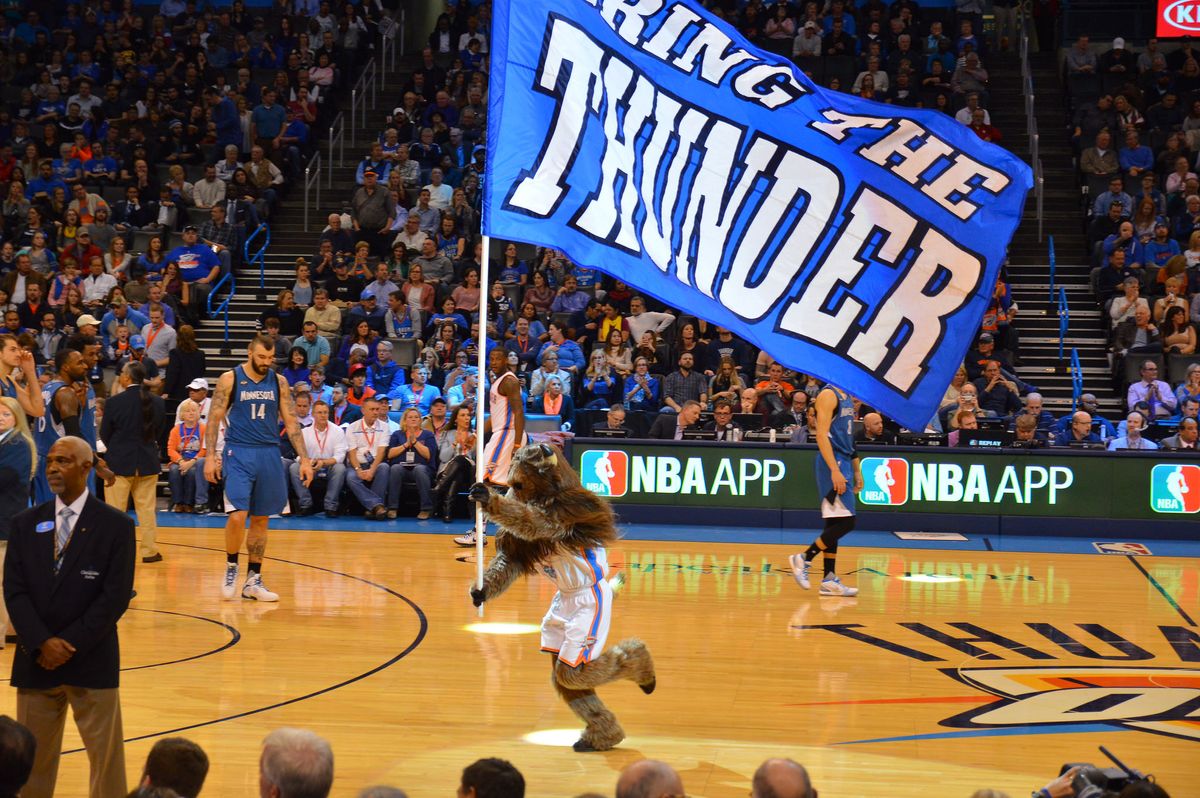 Since 2009, the Oklahoma City Thunder have appeared in 7 of the 8 Playoffs. The only year missed was 2 years ago due to an injury. This past season, the team made it after battling for the sixth seed in the West. The Thunder were not supposed to make the Playoffs this year, at all. OKC was estimated to have, at best, a 45 win season and miss the post-season tournament altogether. Thunder finished with 47 wins and came in above the Memphis Grizzlies and the Portland Trailblazers. Oklahoma City was matched against, the one and only, Houston Rockets, who eliminated the Thunder 4-1. Definitely not what I was expecting, because I was determined that OKC would tussle with Houston until Game 7, but sadly that did not happen.

Every year, when Playoffs roll around, I always have hope that the Oklahoma team can push past the competition and at least make it farther than people expect. Well, this year, the Thunder did not go near as far as I wanted them too, but we held our defenses and showed the Houston Rockets that we could fight. Sadly, in previous playoffs, most of the roster was on the younger end of the age spectrum, and the players did not have that experience to prevail. I believe one of the problems our Thunder team suffered from this postseason was inexperience from players that need to grow in multiple areas before they are in their 'prime'. However, now that the season is over and Oklahoma City is resting after the storm Houston brought, there are positives.

First, our current roster will be worked on. Running through the starting lineup, Russell Westbrook is great, and honestly, I can not complain about the way he played either regular season or playoffs. A sidenote on the Brodie, come July 1st the office of the Thunder need to present Westbrook with another extension to last longer. Then, we get Victor Oladipo and Steven Adams, both are good on offense and defense but could improve areas such as offensively helping Westbrook and being better on-court leaders when Russ goes to the bench. For the next starter, we look at Andre Roberson, who is currently set to go into the free agency market of the NBA. But, Dre is the best defender on the Thunder's team, and okay at shooting threes, although, he's started to cut the open lane and attack the rim. If OKC signs Roberson to a new contract, the boy needs to work on two things, three point shot, and free throws. If Andre can train to be good, at best, with shooting threes, and learns to actually at least shoot 50% from the charity stripe, he will strongly benefit OKC. As for the last position, power forward, I am not sure what will happen here. Taj Gibson was the starter for the latter of the season and the Playoffs, but his contract has ended so if we resign him, it'll be great, but if may have to take a bit of a pay cut if we want to get a shooter, which brings me to the next point.

The second order of business, the future roster. At this point in the world of Oklahoma City Thunder, everyone on the roster except Westbrook, Oladipo, and Adams are expendable to be moved as Sam Presti, the General Manager, sees fit. I hate to say it, but Presti will do whatever he has to do to rebuild the team around the new face of Oklahoma City, Russell Westbrook. As I said before, the front office needs to get a new extension to Westbrook and work on keeping both Roberson and Gibson, because I see them fit well. From there, the team needs to acquire a shooter, or even two. At the moment, the Brodie is the biggest offensive weapon in our artillery, but the Thunder finished last in 3 point shooting, which is bad when the league is becoming more and more reliant on the arc shot. OKC's two best shooters are Alex Abrines and Doug McDermott, however, neither are amazing and are sadly good for just shooting the ball. The team needs to find either a great shooter with okay defense or a good shooter with good abilities to guard. Prest always seems to make something out of almost nothing in light of the Thunder.

Finally, this season is only the beginning of a long road ahead. In 2012, when the Thunder reached the Finals for the first time and was eliminated by the Miami Heat, I told many fans alike that OKC would go on to win the next 3 out of 5 championships. Any devotee of the NBA knows that Oklahoma City has yet to win a ring. Year after year we stayed well oiled with talent, but each Playoffs, one of the top players would get hurt. Now, there is talent, but it needs to grow. At this point, Presti is going to focus all of his efforts on finding the right components to the team of Westbrook. From here on out, its Russell's squad to lead in battles. I believe wholeheartedly that Presti will make moves that will greatly benefit the Thunder on and off the court. From here, we wait, but I'm excited for whats to come. Its gonna be a fun ride, especially seeing Mr. Triple Double grow with a better team.

Caitlin Marie Grimes
University of South Florida
10511
Beyond The States