Clinton Or Trump? No, Bernie Or Bust

Clinton Or Trump? No, Bernie Or Bust

The time for incremental progress is over. 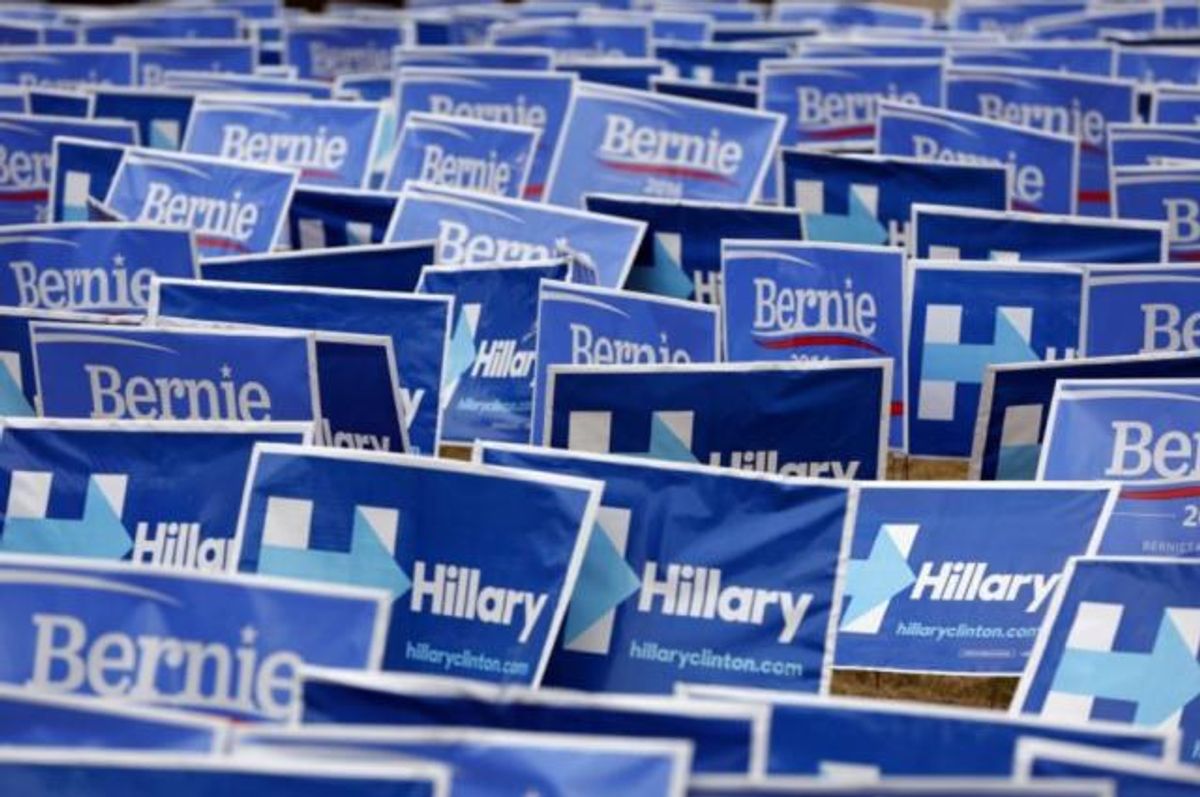 As the Democratic primaries reach the home stretch, a movement within the party has been gaining steam. Known as "Bernie or Bust," this is a large group of Bernie Sanders supporters who have declared that they will not vote for Hillary Clinton in a general election should Sanders lose the nomination.

Hundreds of thousands of people have signed countless online petitions, the hashtag #Bernieorbust has been trending on Twitter and the idea has received a lot of attention from the media, worrying some while galvanizing others.

Opponents to the idea say the Bernie or Bust voters could hand the presidency to presumptive Republican nominee Donald Trump. They say these Sanders supporters should "Vote Blue No Matter Who." They have made Bernie or Busters out to be immature and childish just because their guy might not win.

But these ridiculous attempts to demonize and belittle Sanders supporters have to stop. Why do so many people refuse to support Clinton? It is because they see past her progressive facade and have serious concerns about her being the next President.

The reason for this debate is because there is a genuine misunderstanding between the "Vote Blue No Matter Who" people and the Bernie or Busters. While the former see Clinton as a better choice than Trump, and can't fathom why everyone else doesn't, some Sanders supporters see essentially no difference between the two and view both as terrible candidates undeserving of the Presidency.

Clinton supporters have been calling for Sanders to drop out for months, despite his continued success in recent primaries and multiple polls showing he would have a better chance of defeating Trump in the general election than Clinton.

Should Trump win the presidency, the blame would be solely on the Democratic National Committee, for attempting to rig this race for Hillary Clinton from the start. Unfortunately for them, many people caught on to this and are just not having it.

This story is not new, however. For decades, progressives in this country have been told they had to moderate their positions (read: give up on their strongest held beliefs) for the sake of "unity" and preventing Republicans from winning.

But for once, a real progressive has a chance at winning the White House, and his supporters should not let this chance slip away. So not only do the Bernie or Busters have every right to declare they will never vote for Clinton, they should try and swing more people their way.

This country will never get better with the Democratic Party and their incremental progress. The party establishment does not represent the American people, and frankly never has.

Given that there's finally a shot at getting a progressive such as Bernie Sanders into a position of power, his supporters should fight on to the end and beyond and never compromise their beliefs. Should he have the nomination stolen from him by the DNC, the Bernie or Busters urge voters to write in his name or vote for the Green Party in November. The time for incremental progress is over.