Why It's Okay that Clinton Lost

Why It's Okay that Clinton Lost

We have a lot to look forward to. 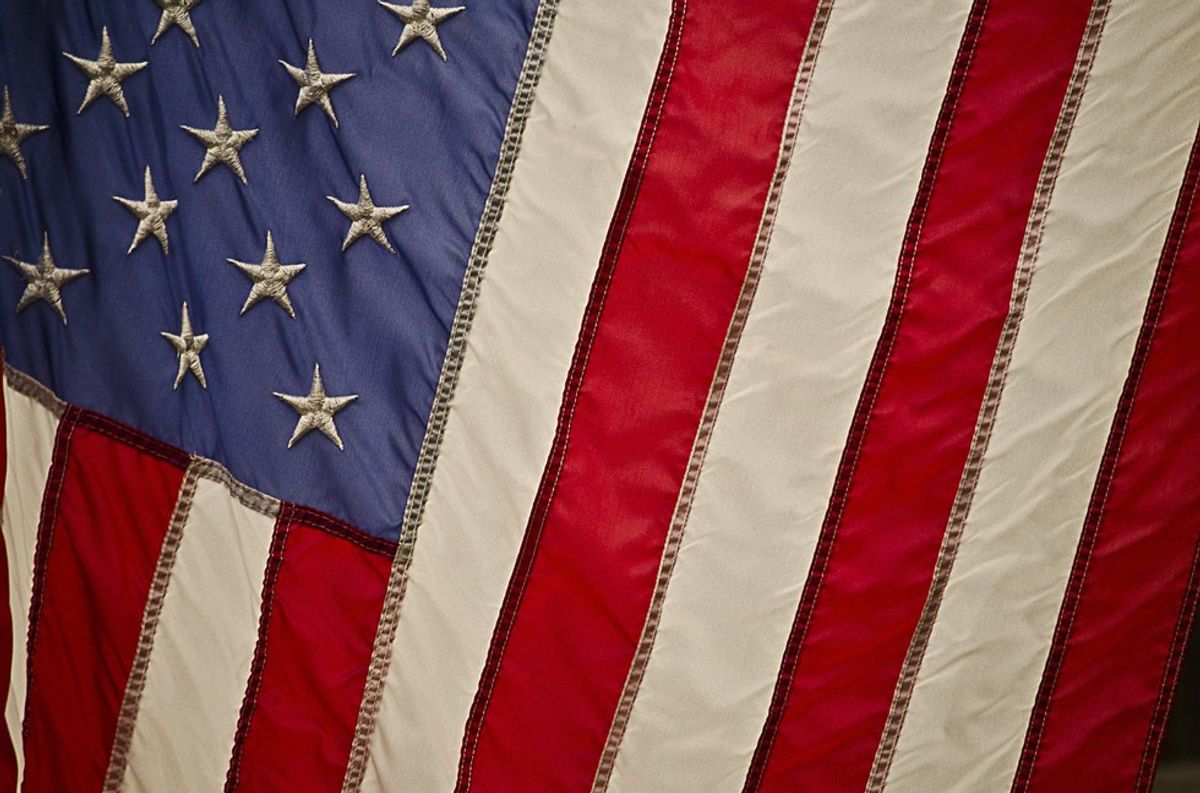 Whether you stayed up late to watch the numbers roll in or you rested up for the big reveal, the results of the presidential election results reached us all. For the next four years (or until there is a successful assassination), Donald J. Trump will be the President of the United States and the leader of the Free World.

No matter where you fall in that category, the simple truth of the matter is that Hillary Clinton will not be our president for the next four years and Donald Trump will be. I have composed a list of reasons why that is okay for those of you mourning post-election day.

1. The world loves America for its cocky attitude

If you ask anyone from another country what their favorite stereotype of Americans is and they will all tell you the same thing: They are cocky and we love that. The citizens of this world admire us Americans most when we believe that the world revolves around us and we are always in the right. Mr. Trump reflects this persona beautifully and will be a great ambassador for the States.

2. I'm sure we'll have a woman president soon enough

The absolute best part about Hillary Clinton winning the Democrat nomination was the fact that she was the first woman to make to the ballot as a potential president. But I'm sure we will get another chance at a woman president really soon. I mean it only took us 57 elections to get one on the ballot.

3. Trump will crack down on Mexican rapists

But have no fear, ladies. Donald Trump wants to keep harmful Mexicans out of this great country and away from our women. He says they are rapists and we should trust him on that. When it comes to sexual offenders, it takes one to know one.

4. The Mexicans have it too easy

Trump also cares about our friends from the South. He wants them to get proper workout and achieve an honorable level of determination. That is why he wants to build a wall on the border. As is, anyone can get into this country. But when Trump is done, it will take one bad hombre to have what it takes to make it in this great country of ours.

5. Muslims should be proud to identify themselves

Donald Trump has many plans for the Muslims in this country and those wishing to enter. These may include a database or an identifying note on their I.D. Critics of Trump say that these plans are prejudiced and take away civil liberties. But in reality, this is a great opportunity for Muslims to proudly declare who they are. There is absolutely no correlation between his plans and a certain policy put in place in Germany around the 1940s...

6. We really need to stop talking about Global Warming

If you ask me, we've been messing around with this global warming nonsense for far too long. Donald Trump saw freezing temperatures across the nation and knew the whole thing must be a hoax. I mean, I'm cold for quite a few months each year. And even if it is true, I love summer weather. No harm no foul.

7. The coal industry will make a comeback

Once we stop fooling ourselves with the global warming mess, Mr. Trump will bring back our coal industry. This is great news for those aching for the picturesque view of large black holes in the ground and the wonderful soot and sulfur in the air.

8. We will see a revival of the almost lost art of torture

Torture is a marvelous and useful political tool that has been around for ages. It would be a shame if we let an age-old tradition slip away into non-use. Trump sees the value in the tradition of torture and plans on continuing its use, implementing tactics must stronger than waterboarding.

9. There will be budget cuts

We all know that US government has a major problem with overspending. Trump plans on tackling this issue by cutting spending. We're not exactly sure what will be cut other than the Department of Education, but we have been promised that it will "make our heads spin."

10. Obamacare will be replaced

Remember all those years of debates and fights over the implementation of the Affordable Care Act? Well now that Mr. Trump is the president to be, that will have all been for none. He plans on repealing Obamacare and replacing it with something ambiguous but "great."

11. It's been a while since we've had a political assassination

I mean, things have been pretty boring now that political leaders live to an appropriately old age to die peacefully. We could use a little more excitement.

But in all seriousness, Donald Trump becoming president is not the end of the world. Our founding fathers and the creators of international organizations such as the United Nations and the North Atlantic Treaty Organization put in place certain checks and balances that protect us from demagogues and self-important leaders. Now we are left to trust in our governmental safeguards, our Congress, and the possibility Trump is half as crazy as he presents himself to be.