11 Simple Ways To Avoid Your Family During The Holidays
Odyssey

11 Simple Ways To Avoid Your Family During The Holidays

Spend Christmas away from the cousins. 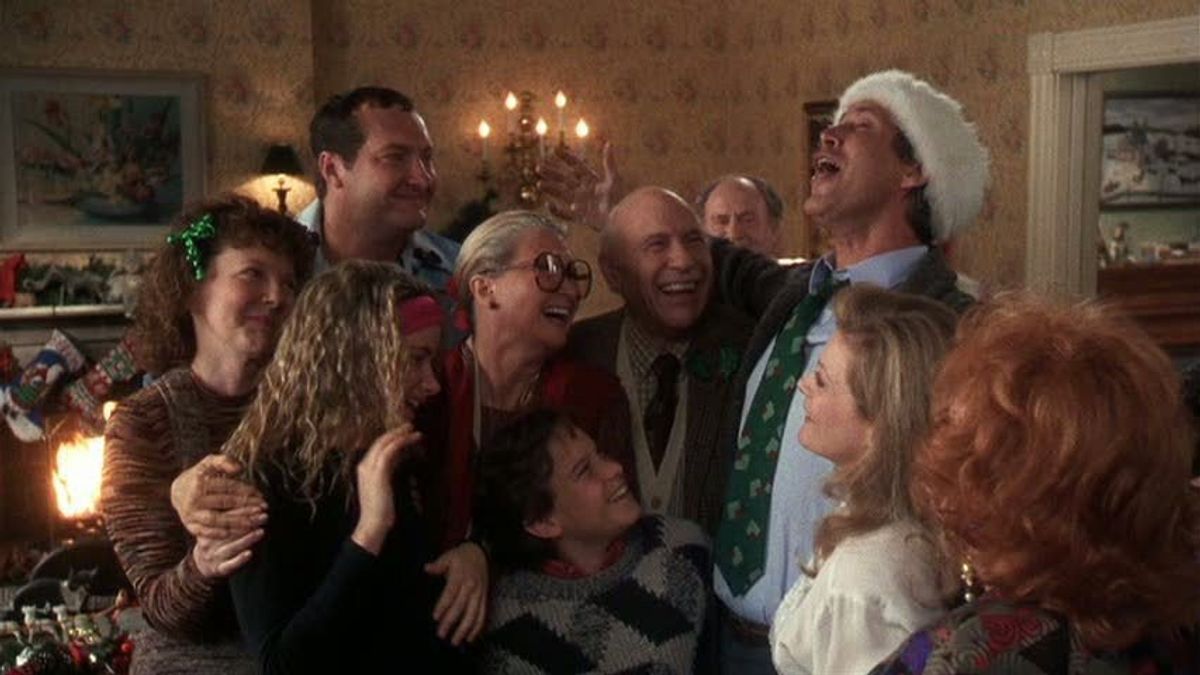 With the holidays right around the corner, the pressure to visit extended family is at its highest. I get it, we’re all busy and no one really wants to travel to see their "holiday family" - you know, those once-a-year cousins, uncles and aunts that are excruciatingly awful to be around. Let’s be honest, we’d all rather spend our time at home doing anything else. So, here are eleven sure-fire ways to get out of your holiday obligations. And before someone asks, “Hunter, would you really do that to get out of seeing your family?” The answer is yes. Absolutely yes.

This is probably the simplest and easiest way to get family members off your case about coming over. Now, no one wants to cause alarm within the family. The flu, strep throat, and most odorous illnesses are common bugs during the winter, so I suggest going with any of those. Just remember, don’t tell anyone you’re in the hospital being prepped for surgery, or finally getting that 11th finger sawed off. People will want to come visit you, and that’s an awkward lie to get yourself out of.

This excuse usually works best with family members you don’t see often. Everyone will understand that you don’t want to travel with a broken elbow or fractured leg. However, keep this injury believable. Torn ACLs and shattered bones often require surgery, so I’d steer clear of that. Don't Derrick Rose it. Clean breaks and fractures are uncomfortable but don’t need months for rehabilitation. (On a personal note, my dad once lied about falling on the ice to avoid a trip to my grandparents, and then had to wear a head bandage around them for two months. My grandma still tells him the scar looks bad. Again, the injury never, ever happened. He's the worst.)

Tell them you already made plans.

We all have busy lives, so this isn’t super outlandish. Really, any kind of prior obligation could fit for this. Church events, sports games or testifying before Congress are all valid excuses not to show up. Remember though, if you’re supposed to be in a meeting, don’t post an Instagram picture of you and your dog playing in the snow. And if you use the Congress excuse, don't let them spend Christmas morning trying to spot you on C-SPAN.

This is by far the most effective method to avoiding extended family. Traveling hundreds of miles can be expensive and tiring, so what good family member would hold that against you? Of course, moving is a fairly drastic measure to get out of a Christmas dinner with your grandma, so I would definitely use this as a last resort. I mean, it worked for me. I'm in Kentucky now, MeeMaw.

Get into a senseless argument with an extended family member.

Tension usually doesn’t bode well in a family setting, so this one will surely get you out of your obligations. One of two things will most likely happen. Either you won’t be invited for the holiday celebrations at all, or everyone will be relieved when you tell them you’re not coming. Regardless of how it turns out, you’re off the hook. Need a topic to get it started? Try telling your most country family members that John Deere is inferior to Honda. You shall not pass.

If you act out enough, you can get out of anything. It’s a lesson we learn when we’re five and it doesn’t stop being true when we get older. So remember, if you really don’t want to see the family, throw a tantrum about something so ridiculous that it doesn't make sense. For example, tell them that Iggy Azalea is better than Adele and then lose your **** when someone disagrees.

Get an obnoxious significant other.

While this is not ideal, an annoying girlfriend or boyfriend will ensure you don't receive an invitation this year. I would suggest bringing them over to meet your grandparents a months or two prior to Christmas. Once grandma gets a taste of how obnoxious they are, chances are she won't want them at the dinner table. And by 'obnoxious', you should really shoot for someone 30 years your senior who constantly talks about Bernie Sanders.

Show up for five minutes and sneak out.

This is my personal favorite. Make an appearance, show your face and then make a run for it. While everyone else is up getting their food, head for the door. Later, if anyone asks if you were there, you don't have to lie. Tell them you were there and that you thought they had left early.

Commit a crime and get arrested.

Once again, not an ideal situation, but it has potential. You literally can't go to a family dinner if you're sitting in a jail cell. My suggestion for this one would be to commit only a small misdemeanor. Disturbing the peace...maybe public indecency. You know, something with a small bail and street cred.

If you don't feel like going to jail yourself, this will at least keep your worst family members from attending the celebrations. Depending on how long you want to stay away from them, pick a crime that you feel is most suitable for your situation. I've found that identity theft allegations work the best. Your family member won't land on any type of criminal registry, but it could prove to be a huge stumbling block for them.

Be brutally honest with your family.

A simple, "I don't like you, and I would rather eat glass than attend," will do the trick. However, feelings will be hurt and they'll probably talk about you behind your back (and by 'behind your back,' I mean there will be passive-agressive Facebook posts aimed at a random, unnamed family member...but you know who they're talking about).