I'm A Christian And I'm Pro-Choice

And no, I'm not a babykiller. 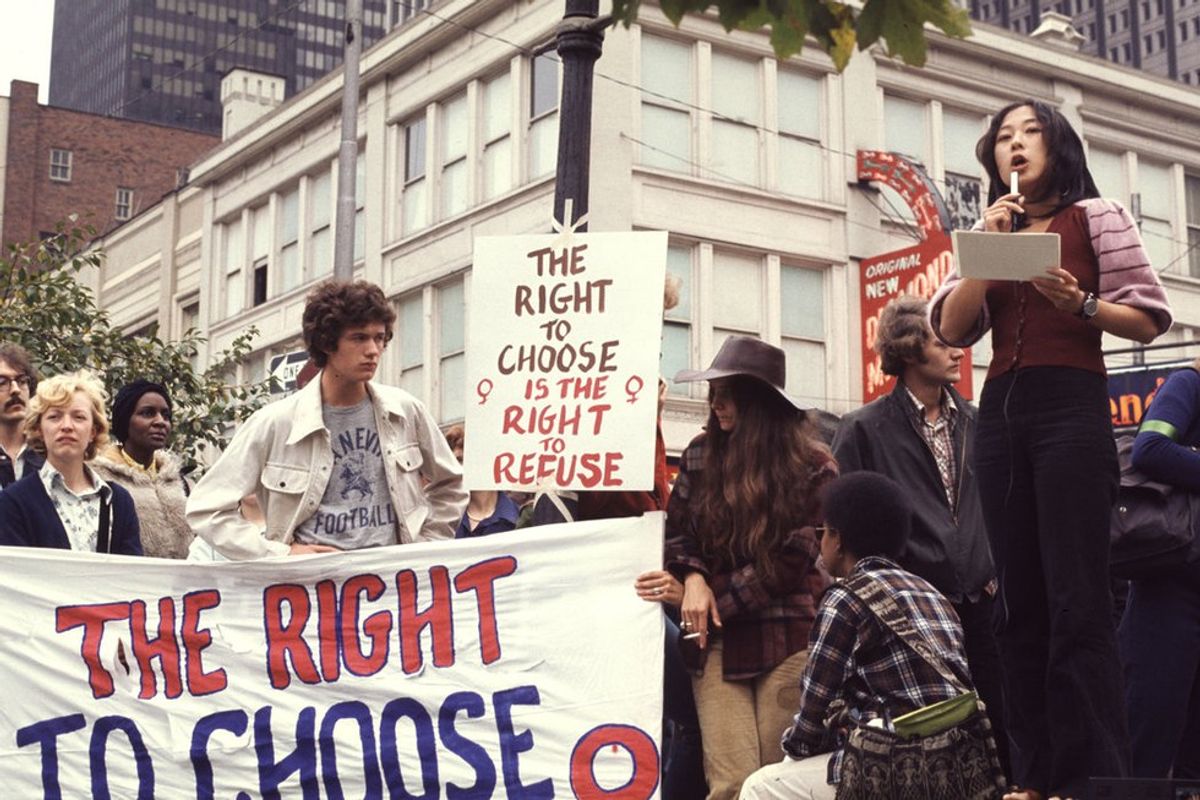 Before you start bashing me because of the title you read, just listen. Yes, I'm a Christian. I believe in God and that He sent His son in the flesh to save us all from our awful sins. I've read through the bible countless times, and I know what it says about children, and homosexuality, premarital sex and all of the other controversial things we argue about today. Abortion is a product of modern times, it wasn't a thing when Jesus was walking the Earth and it certainly wasn't a thing while the Bible was being written. So, as a Christian, what position on this issue is the right one?

I say pro-CHOICE is the right choice.

Saying that I am pro-choice does not make me a hypocrite or a baby killer. It does not make me okay with abortion. It means that my beliefs do not support the idea that the government should have the right to make that choice for any woman. Ever. It's that simple. Why, you may ask? Here's why.

So, the basic conclusion to draw from this is that it isn't else's business. What a woman does to her body and her reasoning behind it is not for you, I or the freakin' U.S. government to know. It's between her and God, and the only judgment that is relevant is God's. At the end of the day, what will judging women who terminate their pregnancy do for you?

Will it give you satisfaction? No

Will it change a woman's mind? Probably not.

Will judging and bashing the idea help you sleep at night? I mean yeah, if you're that serious about it, but a sleep aid or NyQuil can do that too.

Exactly- so think about it. It's none of your business to begin with if a woman aborts her pregnancy and unless it was your baby or you're the woman doing it, it's not going to affect you or change your life in ANY way. Right? So leave it alone and go about your life. I'm pro-choice for the simple fact that it isn't my business and it isn't my choice to make, and I don't think that it should be the government's choice either. I mean, America is the land of freedoms, so why should we start controlling things like abortion??? Y'all get heated when the government wants to regulate your firearms, but you wanna get all up in a woman's personal health decisions?? Weird.

So that's my point. If it isn't any of your business, leave it that way. And leave the judging to God, that's His job- not yours and certainly not mine.