Why Is The Chicago Blackhawks Logo Okay But The Washington Redskins Not?

Why Is The Chicago Blackhawks Logo Okay But The Washington Redskins Not?

We can't be upset about one nickname and not others. 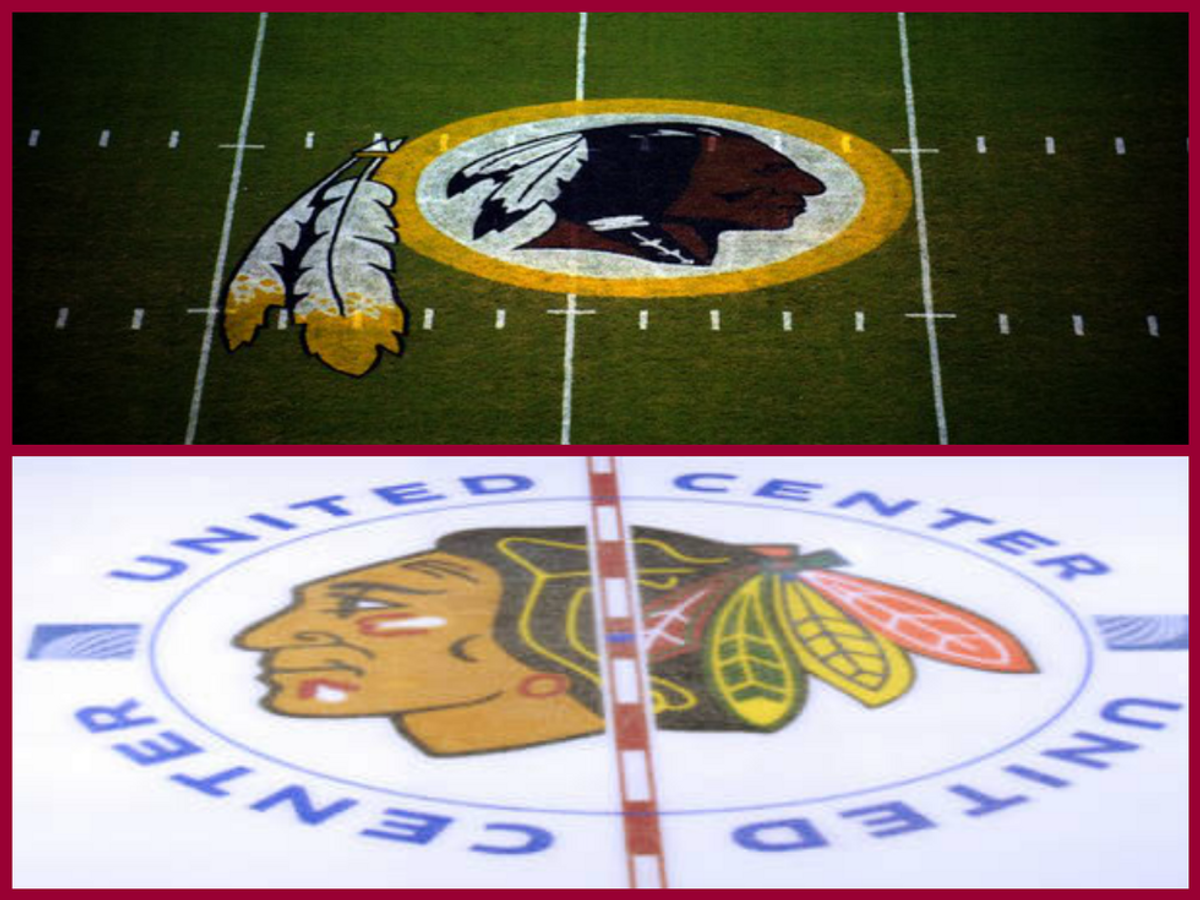 Football season is right around the corner and soon, the controversy of the team logo will come into question yet again. I am talking about the Washington Redskin's notorious logo which not only lost sponsorship's as well as the National Football League recognition and the U.S. Patent and Trademark Office canceled six trademarks belonging to the Washington Redskins after finding the name disparaged Native Americans.

How is it okay to go after one organization yet not other organizations who also use terminology that could be offensive? Fighting Irish, Chicago Black Hawks, Cleveland Indians or another team in football, the Kansas City Chiefs. The truth of the matter is that none of these team names are okay, but why do we only target one team? Is it really because the Washington-based team nickname is the Redskins?

It is possible to offend people other than pointing out the color of the skin. Every spring, St. Patrick's Day celebrations fill the streets. While some people see it as fun, some people of the Irish descent do not, yet nothing has come from it. Or maybe, the Washington Redskin's organization is being targeted because they are not recent National Championship winners like the Chicago Black Hawks are.

Now, I know that communities have raised awareness on other teams but where is the outcry that we hear with Washington? Or maybe they are just trying to take on one battle at a time? As someone who grew up Irish visited Ireland many times I should feel more offended than I do. When I visited Ireland, many Irish people pointed out that while they could view the Fighting Irish or the Boston Celtics as offensive, they didn't. They chose, instead, to see it as an honor towards their heritage. Obviously, not everyone is going to see something as an honor but is there something we are missing?

I can only imagine that someone out there is offended for naming the Pittsburgh Penguins the penguins because there are no actual penguins in the are. People are going to be hurt but it is not right to only attack one organization and not another. If people really want the Washington Redskins to change their name then they need to go after every team equally.

What makes the Washington Redskins different? Why do we cringe at old ads for Aunt Jemima pancakes but turn a blind eye to Miss Chiquita? Many, like Supreme Court Justice Potter Stewart, would say an offensive nickname is hard to define, but, “I know it when I see it.” So how are Chiefs, Indian's, Irish, Blackhawks and other nicknames not offensive? Why didn't the U.S. Patent and Trademark Office cancel trademarks for other teams? Or better yet, why don't they cancel trademarks for anything that can be deemed offensive to anyone in the world? Do you see the problem with this? We can't make everyone happy.

Now, I do know that the Chief Wahoo for the Cleveland Indians has recently been moved to a secondary logo behind the 'C' which represents Chief Wahoo. However, Chief Wahoo wasn't even their mascot, only a logo. I can only imagine that someone out there is offended for naming the Pittsburgh Penguins the penguins because there are no actual penguins in the are. People are going to be hurt but it is not right to only attack one organization and not another. If people really want the Washington Redskins to change their name then they need to go after every team equally.

Again, if we want to be offended by one logo or nickname, then we need to be offended by all nicknames. We as a culture can't expect change unless change comes from everywhere. Let's not be being hypocrites and being excited that they want to embrace our culture.