A planner's thoughts on the importance of spontaneity. 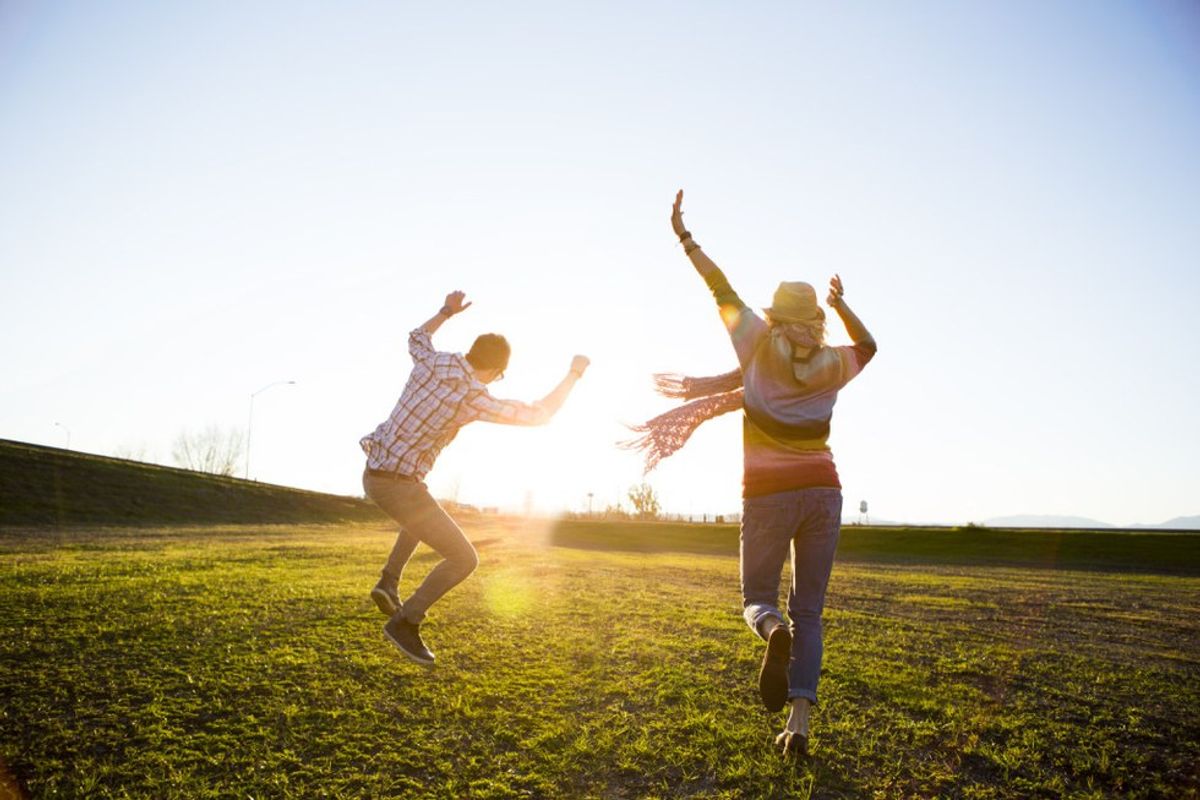 I like to have a plan. I want to know who, what, when, where, and how, and if I don’t have this information, I generally become anxious or even scared. My planner is full of highlighted dates, my phone is full of to-do lists, and my head is constantly full of thoughts about the future. However, life is often unpredictable, and thus, plans don’t always work out. I used to deny this reality, but lately, I have started to accept and even embrace it.

Currently, I am in that somewhat confusing stage of life in which I do not fully feel like a kid or an adult, and as a result, I have spent a lot of time reflecting on my quickly fleeting childhood. To my surprise, I have discovered that the majority of my happiest and most vivid memories have been completely unplanned. For example, I clearly remember the Christmas Eve of my seventh-grade year because a terrible blizzard prevented my family from going to my grandma’s house like we usually did. Instead, we were forced to stay at home and postpone our plans, which greatly frustrated me at first. However, that night my family had a candlelit dinner, sang Christmas carols around the piano while gazing out the window at the raging storm, and watched "The Nativity Story" movie together. It ended up being one of the most peaceful nights of my life, and I can still close my eyes and feel the happiness that I experienced once I stopped concentrating on our old plans and started living in the moment.

I have also found with my recent reflection that even in the most meticulously planned events of my life, the memorable moments have usually been unexpected. For instance, the most vivid memory of my junior prom was not the dinner or the dance. It wasn’t even the hypnotist show or the obstacle courses at after prom. All of those things were expected parts of the night, and while they were quite enjoyable, I remember them vaguely. Instead, my most vivid memory of the night was a completely spontaneous sprint to the school doors after my date asked me to race him! The exhilaration of those breathless seconds is flawlessly captured in my mind as if it happened yesterday. Similarly, at a party that I held at my house last year, in which my friends and I planned to watch movies and play games together, the best moment of the night ended up being a completely unexpected conversation on my patio during a storm with two of my friends. We talked easily as we listened to the thunder rumble and watched the rain fall from the sky, and while I’m sure that the rest of the night was wonderful, this unplanned moment was the one that stuck with me.

Lately, I have started to put my new realization about the importance of the unexpected into practice. In other words, I am trying to prevent my plans from ruling my life so much and starting to become more spontaneous. Just last week, I decided to stop and talk with some people in the lobby of my dorm, even though I had planned to go to bed early after a long day of finals. I ended up having a blast, talking and even dancing with new friends. I would never have done something like this, even just a few months ago. Likewise, just a few days ago, I had plans to clean my room and write this article, when an old friend invited me to go Frisbee golfing. Exercising my new philosophy of spontaneity, I said yes. It was an absolutely beautiful day, and I thoroughly enjoyed learning how to play a new sport and catching up with old friends.

I want to encourage everyone to cherish the unexpected moments in their lives more. I am not saying that plans are bad and that we should do away with them completely. I have simply found that it is limiting to let plans totally control one’s life. This message is especially important around this time of year when people are graduating and trying to create plans for their futures. In today's society, there is so much pressure to figure out exactly what you want to do with your life and how you are going to do it, and as a result, many of us have tunnel vision. Our end goal becomes the only thing in sight, and we don't even notice the other possibilities in life. It is good to have a roadmap, but taking a detour or changing routes every now and then can bring so much joy. In fact, you may just find that those detours are the most memorable, meaningful moments of your life.