What's Meant To Happen, Will Happen.. 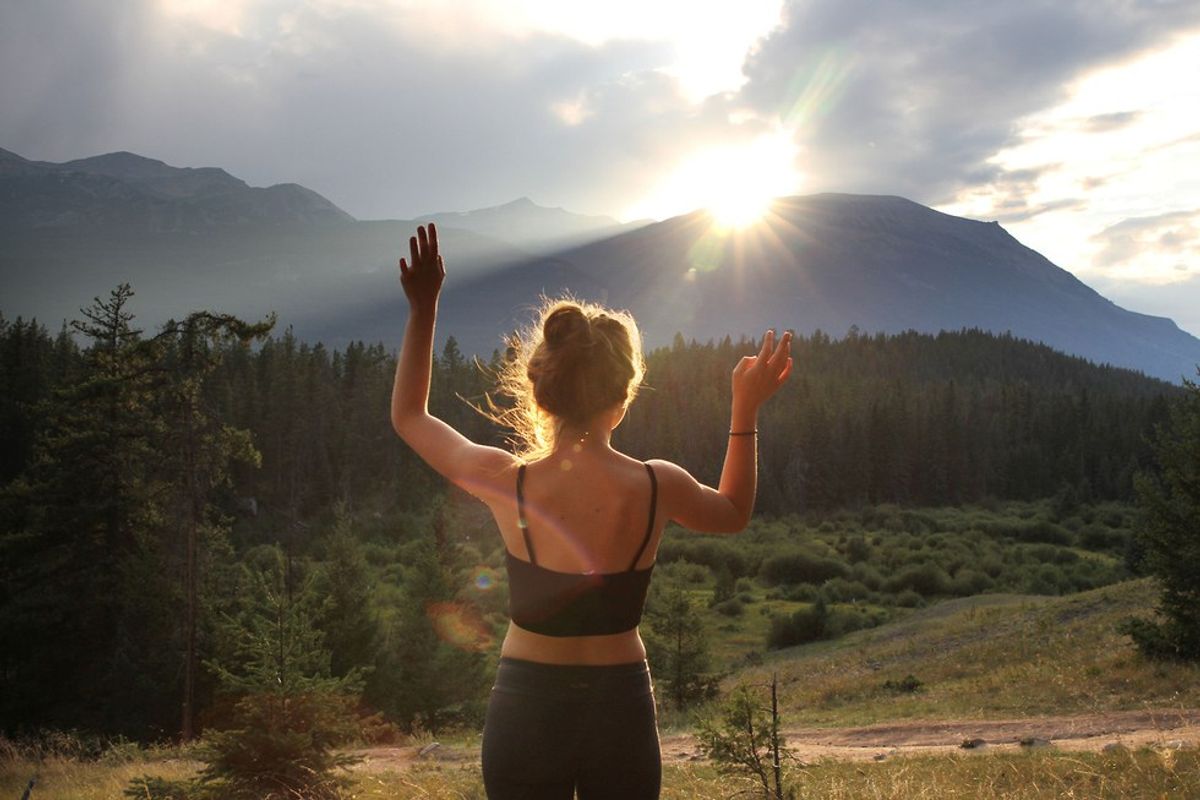 Everything in life is so outrageously unpredictable. One week you could be at the top of the world-everything going great and the next thing you know everything changes. You can go from having it all falling into place, to having it all falling apart -in a matter of moments- and then the next thing you know nothing is going great anymore, nothing is even fine anymore.

Life is so unfair in that way. No matter what you think the future holds, chances are you are completely wrong. That may sound so scary, coming to terms that life cannot be controlled and we could be dealt anything at any minute, that could change everything forever. Even though it may sound like it, realizing you have very little control over your future isn't a negative way of looking at life. Just because your life will probably not pan out exactly the way you have it envisioned in your head doesn't mean your life won't turn out perfectly fine and it does not mean you don't stop trying for that vision.

The truth is, your plans for the future may get derailed, your opinions and ideas may evolve overtime, and you may be faced with inevitable, life changing circumstances that will shake your entire world. That may sound incredibly scary, because it is, but at the end of the day we can't control our future fully, we can only control it up until a certain extent -and that's just reality.

If you were to ask me a year ago today, to paint a picture of how I thought my life would look like, right now in this moment, that picture would be so far off from how my life ended up turning out. A year ago I may have had a pretty clear idea of what I wanted my life to be like and a mental image of the type of person I wanted to become within the next year. But, those ideas and fantasies I had for myself a year ago never became a reality. I have grown up and become my own person, a person who is so different from the person I aspired to be a year ago. On top of that, my plans and goals have been rethought and reconstructed. I have realized what is truly important to me right now, where I am in life, and what I want to work on in order to achieve the future I want, now that I have grown up even more.

I have completely evolved and grown up as a person and everything I had wanted a year ago has changed along with me, that's just what ended up happening. But, even though things didn't turn out exactly how I was hoping, I'm still happy. I'm happy because when I look back now I realize I wouldn't have wanted to have had everything turn out exactly like I had planned it out to be in my head. Those ideas and plans were ideal for the person I was then, not now.

I'm not the same person I was a year ago, really. I may have the same shell but my goals have changed, my opinions have changed, the people I have decided to surround myself has changed, and my overall priorities have changed as well. I am a completely different person from the person I was a just a year ago today. I've messed up, gotten new opportunities, learned a lot more about who I am meant to be and the life I truly desire to live, both now and in the future. So, life may not have turned out the way I had thought it would -this far anyways- but that's not a bad thing.

Even though it may be so scary to think about the future being as unpredictable as it truly is, even though you may wish you could just have some control of it all and just have everything turn out the way you want, the truth is that, that still wouldn't make life perfect. Like the future, we as humans are so incredibly unpredictable and we do not constantly stay the same, we change too because of the challenges we face.

The best and the worst things in life happen out of nowhere. Even though your whole life can go from one hundred to zero in a moment, on the other end of the spectrum your life can go from zero to one hundred as well. So even though you will face some bad in your life which will hit you out of nowhere and change everything for you just remember that some of the best things aren't planned and happen out of nowhere too, and those things are usually what makes life worth it.

So, if you had the option would you really want to have your life turn out exactly how you ideally want it to turn out in this moment? Because in a few months or a few years that might not be what you want at all. Even if your plans fail, even if the future you have been dreaming of doesn't end up turning into a reality, that's okay. Everything will be okay, because it's all going to happen how it was meant to happen.