The 19 Best Character Moments Of "The Office"
Odyssey

The 19 Best Character Moments Of "The Office" 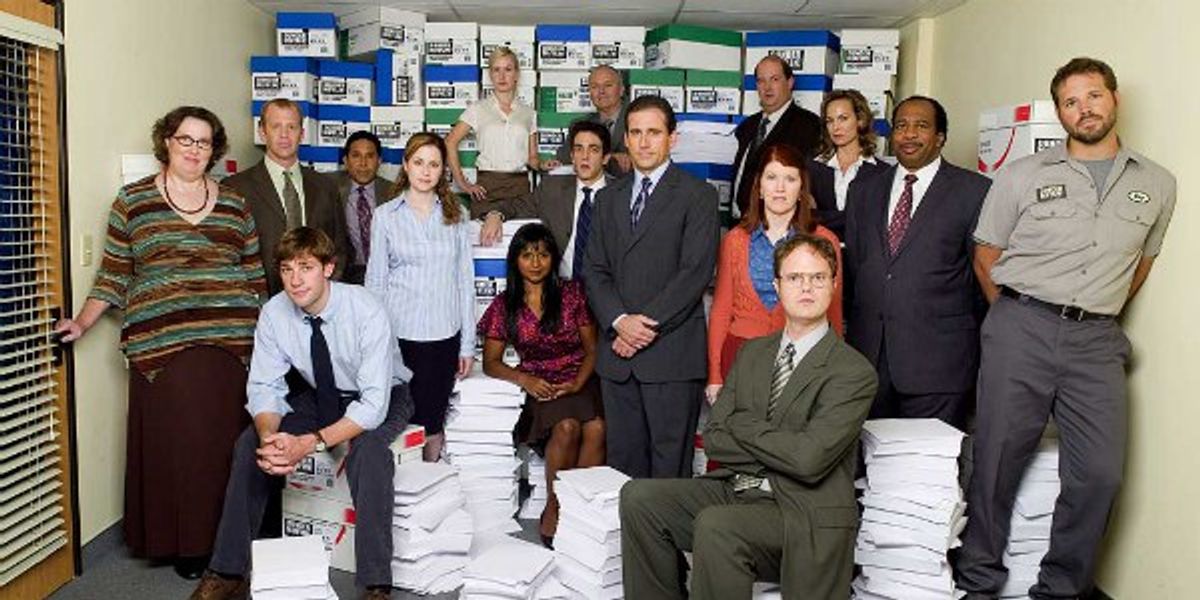 There are so many classic moments from "The Office" which encapsulate just how weird and wonderful each character is, so I attempted to narrow it down to their very best and most memorable scene.

It was hard to find a time Toby had a good scene that didn't involve Michael's hatred for him. However, a standout moment was definitely when Toby and Dwight staked out Darryl's house to see if he was lying about his injury. Turns out they just saw Darryl's sister instead.

Creed is weird. Every time he appears on screen, he usually has around one line and it's enough to put the audience in hysterics. This scene is so random and absurd, that it perfectly describes Creed in every way, even if his line is just one word.

Gabe was the awkward skeleton man "The Office" needed. Whether he was dressed as Lady Gaga for Halloween, or was discussing his freaky Japanese collection, his character was always peculiar. I love this scene, though, because it captures his pure hatred for Andy, as well as his general frustration of getting words out correctly.

Erin has so many cute, stupid, and quirky lines such as "I would like another alcohol," or when she described Gabe as an ugly pelican, but it's hard to top the moment during the finale when her birth parents came to the interview and they met for the first time. Still makes me sob.

Few people would deny that Jan sucks. She was never right for Michael, and she controlled him far too much, eg. when she forced him to have 3 vasectomies. The dinner party episode was a classic, though , because it introduced viewers to her scented candle business, her assistant Hunter's beautiful singing, and her love for calling Michael "babe" in every other sentence.

Stanley is the sassy and urban vibe of the office, according to Michael. He may spend his time doing crosswords and cheating on his wife, but in this episode, he stands up to Michael and makes everyone uncomfortable, leading Michael to stand up for himself in a professional way no one had seen before - right after he had fake-fired Stanley.

Whether it's admitting she'd had sex with a terrorist or getting trapped in a bag with a bat, Meredith was always the middle-aged mother no one quite understand. Of course, it was Casual Friday that we got to see even more of Meredith's lifestyle, when she showed up wearing a shirt with no pants and no bra. But of course, it was casual day, so it was okay when she flashed the camera and scarred the entire office.

Phyllis' character is both shy, motherly, and weirdly kinky. She's been heard saying she's had a one night stand with someone in the office, and her bedroom is the gym in her house. She also had an orgasm that lasted an entire year. The culmination of all of these hilarious lines to me was when she was seen listening to the Fifty Shades of Gray audiobook, and how she disturbed the entire office with her reactions.

Ryan probably has the most changes throughout the show. From fire guy, to Jan's job, to working in a bowling alley, being a salesman at Michael Scott Paper Company and then eventually as a temp again, he had plenty of amusing scenes to pick from. The episode where Dwight attempts to teach him how to sell was my favorite though, because not only was it made up of improvised lines between Rainn Wilson and B.J. Novak, but it also highlighted all the contrasts between the pair so well.

Bitchy, superficial, and stuck up describe Kelly Kapoor, but she's also spontaneous, determined, and all-around crazy. That's why I had to pick the finale episode for Kelly, the ending where she leaves the most perfect guy to run off into the sunset with Ryan, who she was bound to end up with all along. They're so dramatic that they're completely made for each other.

Darryl is the laid back, chill warehouse worker, who really develops as a character when he shows Jo his ideas and moves upstairs. A favorite line of his is "bring that booty," but a favorite scene as a whole has to be where he gets drunk and goes to confront Jim over the Athlead interview, only to end up being told Jim had already put in a good word for him. It ends with Darryl doing a freaky spin and crushing the table.

The fact that the writers only picked Oscar to be the gay character in the office because he was wearing a pink shirt at the time of choosing makes me laugh, but it also gave us one of the funniest episodes yet. It went from Oscar's denial to him and Michael kissing in a conference room meeting. So romantic. It's also made funnier in later seasons when Michael confronts Oscar about possibly having herpes because of their encounter.

Perhaps the best culmination of Angela moments is when she appears as head of the party planning committee, because it truly emphasizes her harsh and serious side. During the Christmas episode in season two, Michael changes things up to create a Yankee Swap game with the gifts, which obviously doesn't go well with Angela, as seen in the gif above. She later crushes the baubles outside.

Possibly one of the most lovable characters on the show, Kevin exemplifies how so many things can go wrong in this scene. It begins with him bragging about how much time and effort he puts into his chili recipe, only for it to end with him attempting desperately to scrape it back into the tin using papers and clipboards. It's difficult to watch him struggle by the end.

It only started with an innocent dance party with his coworkers the night before Jim and Pam's wedding, but it ended with Andy doing the splits and tearing his scrotum. Not only does this exemplify Ed Helms' acting skills, but it also just how much of a musical entertainer Andy always finds himself needing to be. He'll always be better than Broccoli Rob in our eyes.

My absolute favorite episode of all time. The cold opening involves Dwight setting the office into chaos by making them believe there's a fire, and then this scene. Like any rational person, he wanted to figure out if the scene from Silence of the Lambs was realistic, so he tested it out using a $3,500 dummy. "Turns out, it's pretty realistic."

I was so torn between this scene and the one where Michael decides to buy Pam's painting from the exhibit. I picked this scene because not only does it show a drunk Pam getting sentimental about Chili's, but it is also the first time we get to see Jim and Pam kiss. Granted, they don't get together for a couple more seasons, but it progresses things in ways we never thought the Dundies could.

It would have been easy to pick a prank Jim pulled on Dwight, but this monologue by Jim explaining his plan A, plan B, and plan C wrap up the entire two episode wedding weekend perfectly. It explains just how wonderful Jim and Pam are together and how, even if it takes a while and things are bumpy alone the way, you end up with the person you're supposed to be with.

Obviously every single episode Michael is in includes some hilarious moment that can have an audience laughing for hours. I thought the episode Threat Level Midnight paints a perfect picture of who Michael is: ambitious, lovable, and completely mad. His character, special agent Michael Scarn, goes from ice skating competitions, defeating Golden Face, and working against the President. The episode is also a lead up to Michael proposing to Holly two episodes later.