Change is Bittersweet, but Mostly Sweet

When life gives you lemons, add herbs and butter to make a delicious sauce because that's a change from lemonade. 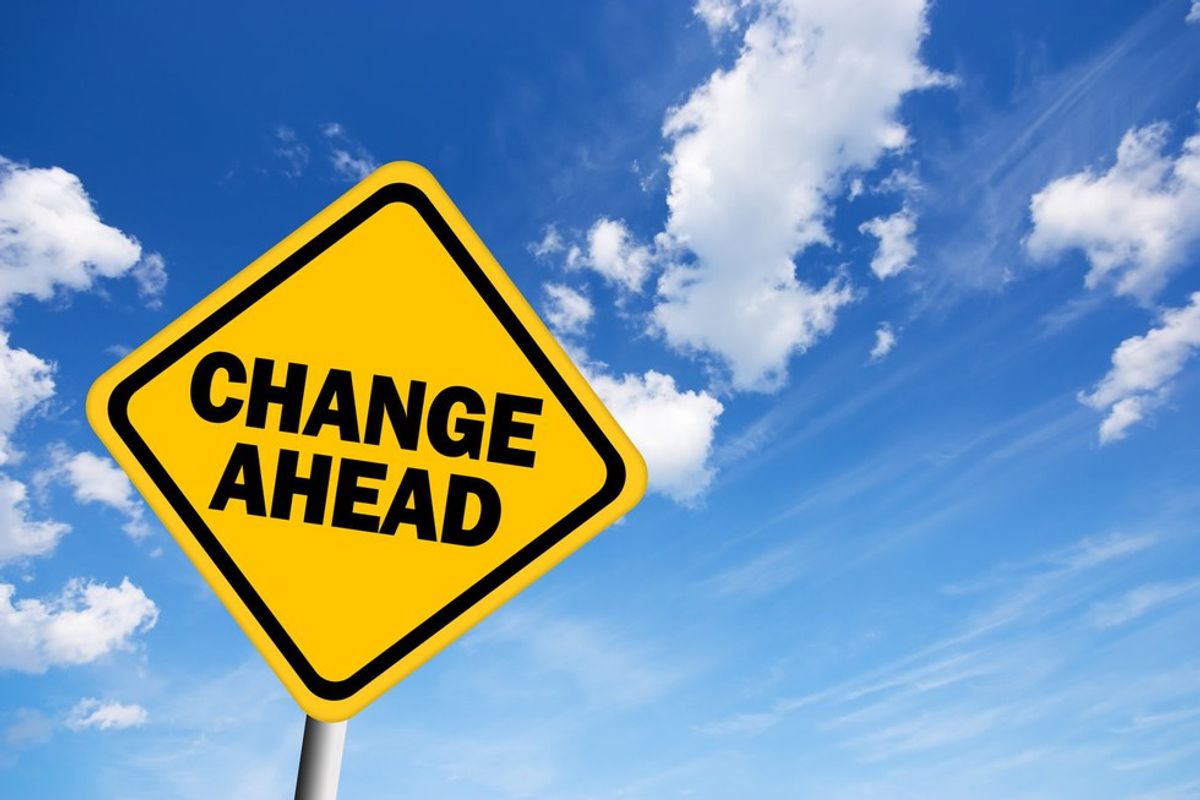 "Can't repeat the past?" he cried incredulously. "Why of course you can!
...
He talked a lot about the past, and I gathered he wanted to recover something, some idea of himself perhaps, that had gone into loving Daisy. His life had been confused and disordered since then, but if he could once return to a certain starting place and go over it all slowly, he could find out what that thing was."
-F. Scott Fitzgerald, The Great Gatsby

I'm a girl who's always been afraid of change. I find myself so enamored with the past, I just ache to go back sometimes; go back to when I was a kid playing kick the can on a hot summer day, or to when my biggest worry was acing my next algebra test, or to before I had my first heartbreak. I even feared the change of season, knowing that when the leaves changed it meant another year of school, and when school ended, another all too short summer break, and then on to the next, until immanent adulthood. When I was at a comfortable point in my life, I was content with the thought of never changing. But, I've changed.

When I graduated high school I got hit with the most change all at once. I lost a lot of people that I used to spend a great deal of time with, my now ex boyfriend and all of his friends, while entering a completely new environment. It was a whirlwind of trauma and I'm not ashamed to say I spent a lot of time holding back tears as I began my time at Gonzaga University. I'd replay the end of high school over and over again, pouring over every move, every conversation; to find where I missed an opportunity to have bonded more closely to my peers and not have felt as alone as I did. The thought of saying sorry for things I didn't know crossed my mind as I ached to return to people I knew. I hated the thought of final goodbyes. For someone that doesn't do well with change, this was absolutely horrible. Even in class I'd be on the brink of crying, listening as intently as I could just to my professors to distract myself from it all. Pair that with the change of seasons and I was really having a hard time.

But after making it through Christmas break and into the spring semester of my freshman year, things began to change; and this time I was feeling good about it. I wasn't as haunted by the past, as I left it at home when I made the drive back to Spokane. I had established some solid friendships during my first semester that were still going strong. I

had a fresh set of classes, in which I met some of my now best friends. I began to detach from the memories of high school and immerse myself in creating my own in college. I began to make peace with who I was and that even though things were different now, so was I. My friends gave me newfound confidence to put myself out there and really blossom. I find that I became more vocal in my opinions, ready to take risks, wanting to be healthier, study harder, and never feel shy about saying "yes" or "no" to things. I focused less on others opinions of me, less on things I couldn't control, and overall shifted my attitude towards embracing what was going on around me rather than fighting it.

Upon entering my third year of college, I'm just about to leave for my study abroad experience in Florence, Italy. Many people have told me that I will be a new woman by the time I come back, and I honestly hope I am. Not to suggest I don't like myself now, but I'm eager to grow, learn, and experience so much more. Lately I've had the urge to just leave; to go somewhere new, to separate myself, even just to pull over on the side of the road somewhere cool and be in the quiet for a while. I'm ready to take the opportunity to broaden my horizons and immerse myself in other cultures. Looking back now, I know I wouldn't feel this way hadn't I had the rug ripped out from under me. Every loss has turned into a gain, seven fold. If everything had stayed the way it was when I wanted it to, I'd still be stuck in a mold that I didn't fill the corners of; I don't want to fit into a mold at all anyways. I needed change to push in the right direction at every fork in the road, even though I didn't want it to. And now, I don't want to go back. I couldn't be more grateful for the way the cookie crumbled. Don't get me wrong, I'm nervous as heck for what lies ahead, but I know I can conquer it and I'll be a better person for it.

There is no doubt that change is intimidating. It always will be. Sometimes it's really, really hard. But there is a reason for it, even if we don't see it in the present moment. When one door closes, another is opened: sometimes we're pushed right through it and other times we get to turn the doorknob. No matter how you get through the door, bottom line is that you're moving forward. Change is necessary for progress! I still need that reminder from time to time and I think we all do. So take a deep breath and allow yourself to be ok; because even though change is bittersweet, it's mostly sweet.