20 Signs You Grew Up In Centennial, CO
Odyssey
CurrentlySwoonLifestyleHealth & WellnessStudent LifeContent InspirationEntertainmentPolitics and ActivismSportsAdulting
About usAdvertiseTermsPrivacyDMCAContact us
® 2023 ODYSSEY
Welcome back
Sign in to comment to your favorite stories, participate in your community and interact with your friends
or
LOG IN WITH FACEBOOK
No account? Create one
Start writing a post
Student Life

20 Signs You Grew Up In Centennial, CO

Centennial has a forever place in my heart, and there are some things about growing up there that only those who did will understand. 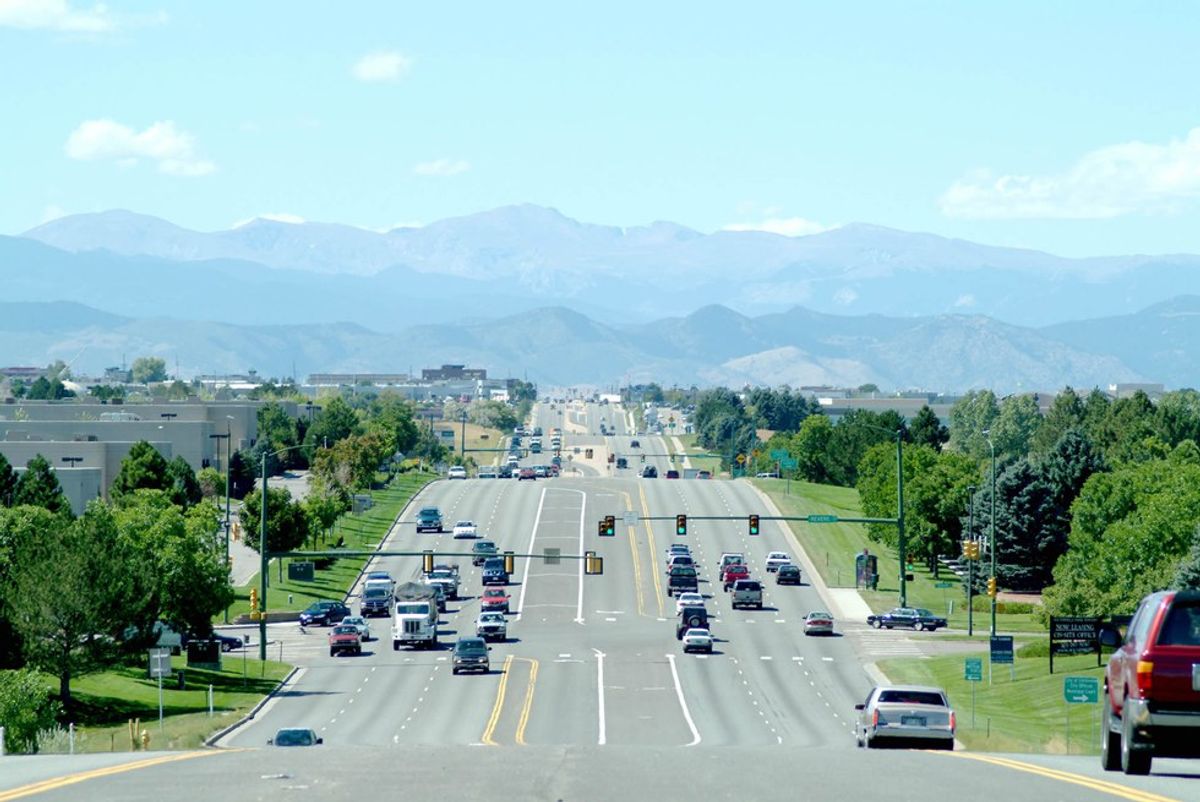 Wherever you are from, there are distinct things about your city that you will never forget. They are inside jokes, if you will, that only those who grew up there will understand. As a suburb of Denver, Centennial is 20 minutes outside of the city, between Denver and Colorado Springs. Here are 20 signs you grew up in this great suburb:

1. There was a period in time when you doubted the new Southglenn mall would ever be completed.

They tore down the old one, announced a super cool plan for the new one, and then it took eternity for the whole thing to be completed.

2. You couldn’t walk into one of the four Chick-fil-A’s without seeing someone you knew.

Whether they were working or eating there, Chick-fil-A was a social event of seeing friends.

3. On that note, everyone either worked at Chick-fil-a, Old Navy, was a lifeguard, or was a babysitter.

4. King Soopers was the neighborhood grocery store, and nobody in the rest of the United States understands what you are talking about.

Go anywhere outside of Colorado, and the correct term is “Kroger”. Do you need me to use that in a sentence? “Where is the local Kroger?” not “Where is your King Soopers?”

5. When you say you’re from Colorado, everyone assumes you are from the mountains, close to Breckenridge or Vail, and you have to explain that you’re from a suburb of Denver.

Apparently, if you are from Colorado you are from the plains or live deep in the mountains. There is no in-between.

6. You are directionless without the Rocky Mountains signifying west.

Yes, yes they are that majestic. And just as they are beautiful, they are helpful with directions.

7. If you didn’t know what 470, I-25, Broadway, University, Country Line, or Arapahoe were, good luck being able to follow driving instructions.

And if you knew what was good for you, you avoided Colfax.

8. Everyone hates playing Valor, because admit it or not, they recruit. At the same time, beating them was a huge deal.

9. No one understands how incredible Red Rocks is unless they’ve been there. Even better, been to a concert there.

You can try and explain it all you want, but they still won’t understand.

10. You probably had a Lifetime membership that you almost never used.

11. You lived in either Homestead Farms II, Foxridge, Heritage Greens, Highlands Ranch, or had friends who did.

12. No matter where you lived, you always heard the HHS, AHS, or LHS marching bands practicing.

13. Being asked if you’re Mormon was a legit question, because sometimes it felt like everyone was.

14. You most likely had senior pictures or at least team pictures taken at Monty Nuss.

15. The world you occupied (school, church, job) flipped out when the Broncos won the Super Bowl.

16. The day your parents let you meet up with friends at Park Meadows on your own was a day to be journal, posted, and shared about.

The sun melted all of your snow the day after, or your lawn was the arctic from November to March.

18. “Which airport do you fly into?” “DIA.” “Which one is that?” “The one in the middle of nowhere with the creepy possessed blue horse statue.” “Oh yeah!”

20. Getting up for the sunrise or taking a walk to see the sunset was a regular activity because nothing beats CO sunrises and sunsets.

Shoutout to my siblings (especially, Elisabeth Young!) for helping me come up with a few of these ideas. If you are from Centennial as well, I hope you can relate to these points and it brought a smile to your face :) Have a great week!