Cell Phones Are Ruining Our Lives

Cell Phones Are Ruining Our Lives

We all know cell phones are great and all, but when do you say enough is enough. 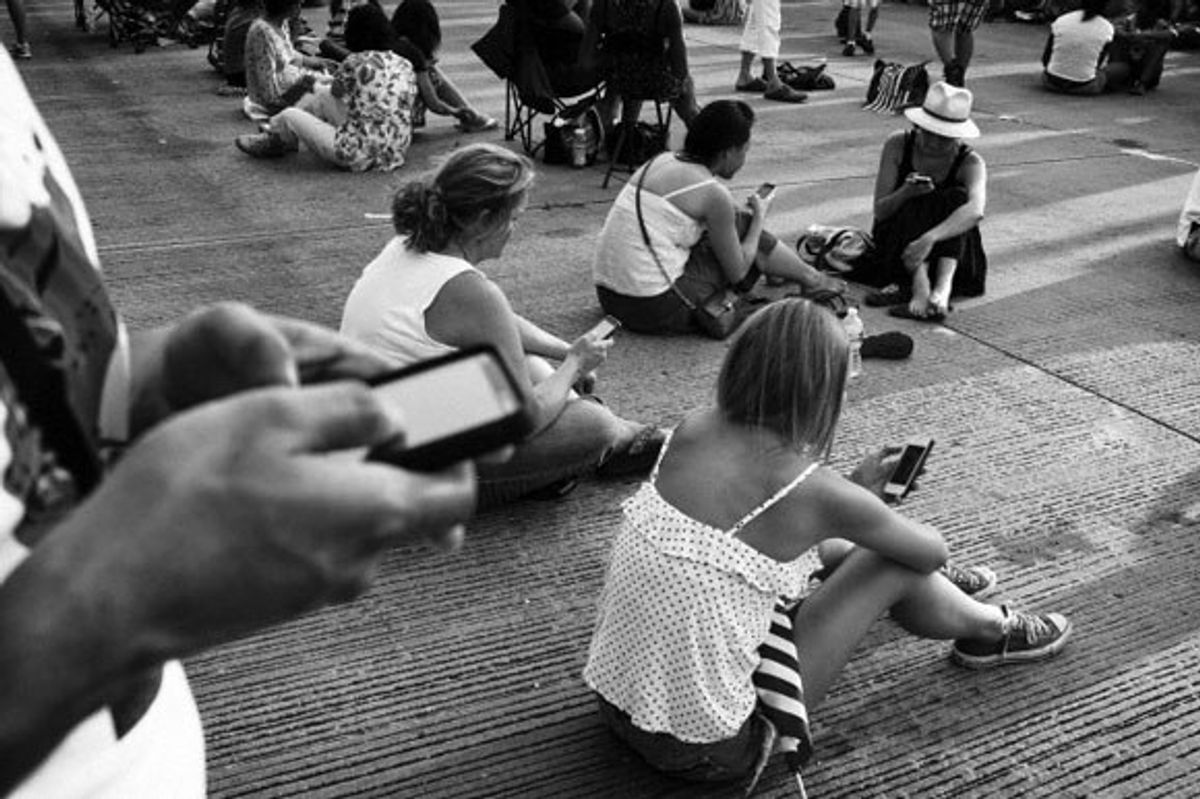 Let me ask you this: Do you ever go to a restaurant with someone and they’re on their phone the whole time? Or you’re working somewhere trying to gather information from the person in front of you, but they’re texting or talking on the phone? I can say that I see this almost 95 percent of the time I go somewhere. Now I want you to stop and think to yourself, do I do that? Cell phones are great and all, but when do you say enough is enough?

I know first-hand cell phones are fantastic, otherwise, I wouldn’t work well for a cell phone company. But when do you say it’s gone too far? We are now at the point in the U.S. where nearly half of smartphone users can’t live without their phones. If they didn’t have their phones for a day, they wouldn’t know what to do. I do not see this changing. Think back to a time when you never had a cell phone, you were probably really young, right? Things were different. I can say that I didn’t get a cell phone until I was in 6th grade - eight years ago. I didn’t spend my days with my face buried in a screen or texting my friends the latest gossip; I was outside enjoying life. I loved going outside.

Every night my parents would have to drag me inside - I didn’t want to go in. Riding my bike, playing manhunt, or playing with the kids down the street - I was outside. Life was good. Nowadays kids are outside with their phones sitting down, inside playing video games, or in their rooms on their phones. It’s not just kids as you may think, adults have become very attached to the cell phones as well. From where I work, I hear adults say, “ I couldn’t live without my phone” and “This is my lifeline, if I lost this I wouldn’t know what to do.” Honestly, it’s scary. Cell phones are taking over our lives even more than we think and here's how.

This is probably one of the biggest sub-topics about cell phones that anyone can ever talk about. Texting, talking, snap chatting, you name it, it has become the latest trend with driving to the point where people are losing their lives. You’ll be driving down the highway and see people texting going speeds anywhere from 50-75 plus MPH. That’s not just wrong, that's dangerous. As the Huffington Post stated back in March of this year, "Looking at your phone for four seconds while driving is like driving across half of a football field blindfolded." The text can wait, the Snapchat can wait, the calls can wait. Because If you don’t wait, you may never get that chance to send that Snapchat again.

With only being graduated from high school for two years, I saw this one a lot. In some classes, teachers would spend more time telling students to put their phones away than they would be teaching. This is not only annoying for the teachers, but disrespectful as well. If you attend public school you receive free education, and let me tell you that time is gold. Yes, we can all argue that you may not use everything you learned in high school, but it’s free. You have plenty of time to look at your phone between classes, lunch, or once you finish your work. Have respect for not only your teachers and peers but yourself too.

When you’re hanging out with your friends, 9/10 times you're probably on your phones for a portion of that time you're together. I can say this happens to me sometimes. I may not always know what to say - there is silence. We spend so much time scrolling social media and texting other people we forget we’re even with someone. I see that even when people have to go up and ask someone a question or make a phone call it's awkward because people aren't used to having to physically talk to another human face to face, it’s usually from a screen. Someone could have all of the qualifications for a job, but during the interview, they can’t speak well or answer questions fully because they physically don’t know how.

There are so many other reasons that phones are ruining our lives, but these are the ones that stick out to me the most. No one is telling you to throw your cell phones out or to cut out technology, just to put it down for once. The world is a beautiful place. Enjoy the moments through your own eyes, not your cell phone screen. Capture the concert you went to through memories and feelings, not your Snapchat story. Visit your friends and talk about life and not just scroll through social media. If we don’t start doing this now, I can only imagine how things will be in the future. Make a difference, stand out, and put your cell phone down.