I Was Catcalled
Odyssey

Be the badass that you are. 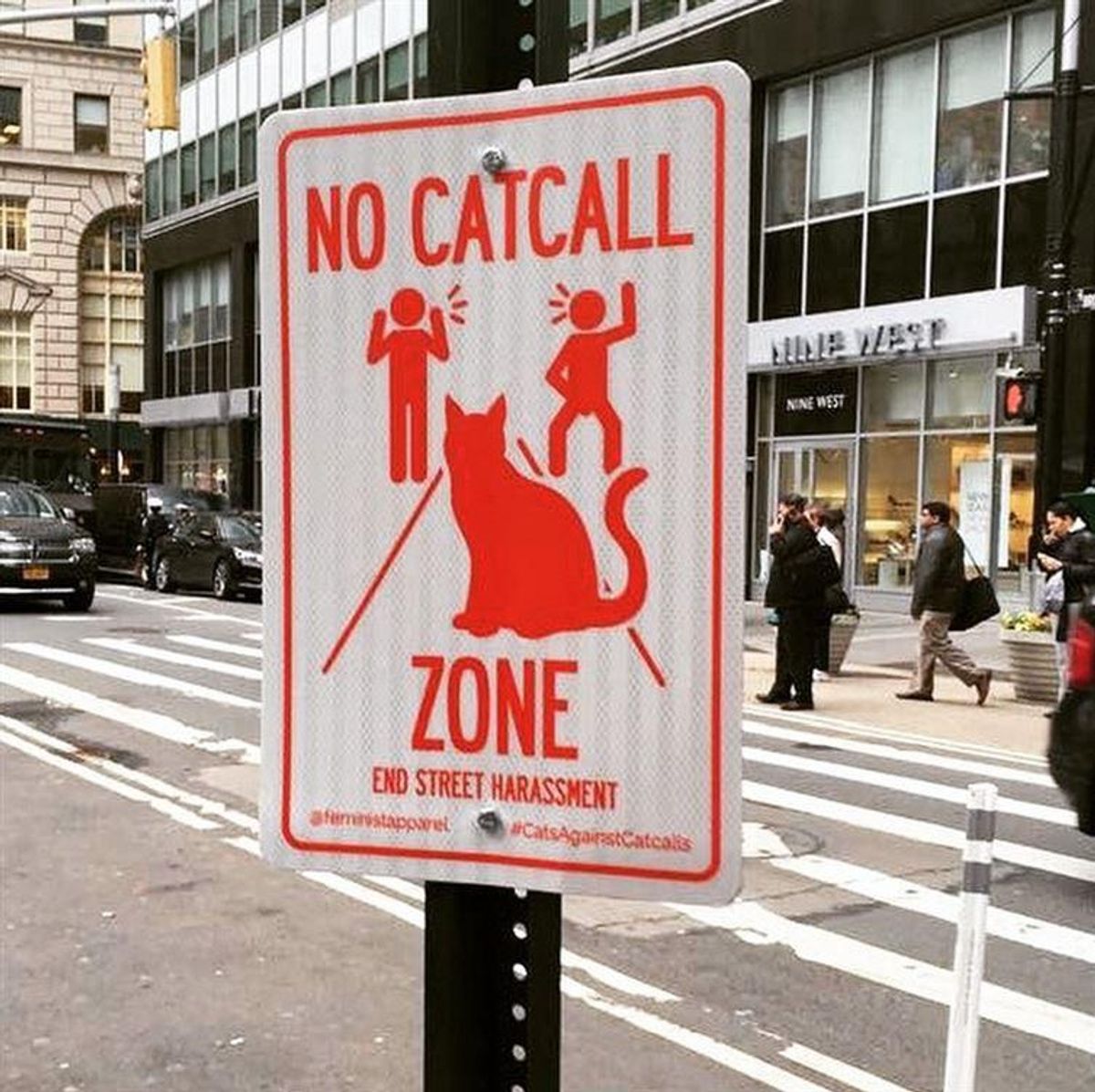 I’m a girl with confidence, and no chilli spray, apparently. That’s all it took for those men to call me names, and invite me to spend a night with them.

I have always been a person to raise my voice for the just.

Seventh grade, I remember the berate that I got from my parents for turning in a teacher to the authorities for his inappropriate actions towards one of the girls in the class.

“WHAT WERE YOU THINKING? You are not her. I don’t want you in trouble because of someone else’s action.” said my parents in concern, and anger. I didn’t entirely comply with this but I guess, I just told myself that they love me is all.

Today when I look back, I think the fact that this incident took place in India, adds a slightly different approach to the situation. I grew up in a very small town in India, one that in comparison is more diplomatic, and underexposed. We were experts in judging, and labeling people for being themselves. By default, I’m that person too at times, more times than what I would like to admit. Needles to say, my parents carry some of those characteristics as well.

We were all aware of our surrounding at all the times, and the consequences that it might bring. Hence, we were all somewhat scared of one another. Now I know the reason why parents scolded me that day. They were scared for me — scared for what might society say about me for getting involved with such a “scandal.”

However, did this stop me from voicing for the right ideas? No! But here I was lying to myself — kind of.

For the longest time, I had considered myself as a “Badass.” It’s actually a bit embarrassing now that I look back. Let me explain what a “Badass” means to me: Someone who is not afraid of her opinions - someone who stands for unjust - someone who is willing to break laws (only to some extent) - someone who is more than excited to reroute the societal norm when the situation comes - someone who loathes sexism to all the limits, and just a bunch of other trendy themes. I would easily go against a friend for my values, for what I thought was the right. And for the most part, I was always right! - see, I did it again. Overall, a very loud personality.

I wish I was this person though. But I am not, at least not entirely. And how realized this is when I started college. Things started to feel more real. It was the time when I really had to quit my petty umbrage, and think in reality. It was time to apply my “abilities” in practical world.

It was around 10 at night, and I was craving chipotle. And I don’t know if you know this, but when a girl wants her chipotle, she has got to have it! Immediately did I grab my volet, threw on a jacket, and as I headed out, my friend questioned, “Girl, where you going this late at night?”

“Uh chipotle. I really want some.”

“Kas, no! You are going alone, and that’s not enough. Do you have chilli spray?”

“Please, I’m fine. I’m a grown independent woman who doesn’t need no chilli spray shit. Plus, if there is anyone, I’ll just yell, and yea… okay bye.” I said ever so jokingly. Yes, this was a joke.

So then... I go out alone at night, without chilli spray, and next happens what was least expected. Yes, I was catcalled by three men in the middle of the street, under bright light, and the crowd didn’t even bother with it. How would they, I mean! I didn’t even show a sweat on my face. I blanked out. I had no idea what in that 30 seconds of the time period. I pretended to have not heard them — something I believe many girls do in such state of panic.

Later that night when I returned to my dorm without my chipotle, my friend once again asked, “Where’s your chipotle?”

“Ha did you get anythi—”

What just happened? I was whistled at by some guys, my body was verbally sexualized, I was called names, etc… and I was nothing, but a weakling in all this. I didn’t do anything about this. Heck, I didn’t even tell this to my ever so genuinely concerned friend. I didn’t tell this to anyone for that matter, especially not family.

My mother always warned me about such settings. According to her, I should just ignore it, or should not react, at least never at the spot. Everytime she advised me such, I fought her, and her ideology — and today, I, myself, gave in, and accepted defeat. She was right. She has always been right.

After this incident, I decided to never be this person again. I told myself that, “It’s okay. It’s okay that I didn’t fight, but never will this ever happen again. I can fight the fault in me.” And I moved on.

Family’s out for dinner, I’m alone at home, working on my philosophy paper. This is when I decided that I needed a coffee. Dunkin being walking distance from my home, was my goal for the night. Without much thought, I venture towards getting my chocolate frappe.

As one you can imagine next, yes, I was catcalled, yet again. This time it was four guys waiting at a traffic signal when one of them called me “babe” followed by other sexualized slurs. The surprising thing here was that, there was no surprise. Yeah, I did the same exact thing that I did last time — ignored. By ignoring them, I ignored the promise that made to myself of fighting for the right. I ignored my self-worth. Ignorance is not a bliss.

The thing is, after a while, this didn’t even bother me. I had accepted it. This should concern me, but I was over it. I couldn’t make this a big deal. I settled with the fact that this happens to every other girl, and I’m just one of them. Months later when I mentioned this to some of my friends, they were all very casual about this catcalling. In fact, as I was writing this article, a friend walked in my room asking, “What are you writing?”

“Oh nothing, just an article.”

“What’s the topic?”
“It’s a personal story about being catcalled”

“Um why you writing that? That happens to everyone. What’s the big deal? There’s nothing new in that.”

Now, there are some girls who take such catcalls as compliments. To me, this is the surreal side of something that is so degrading to women, but I’m not the one to judge. You do you, boo! However, I will say, that once again, you don’t need a strangers’ approval to tell that you are pretty. You know the rest of the story.

My objective towards writing this story is to get a few things out in the world: You might be a “badass,” but you are not always ready to face whats coming in your ways. Don’t settle for anything less than what you deserve. Don’t let the norms be your reality. Don’t suppress your voice. Be the badass.

It’s easier said than done, I realize that too. This story might not convince you, but it will inform you. Catcalls are not funny, neither should they be “no big deal.” Please, speak up! You don’t have to be the victim. Kick some ass!

And yea, carry some chilli spray.