What Happens When You Let Fear Make Your Decisions?
Odyssey

What Happens When You Let Fear Make Your Decisions? 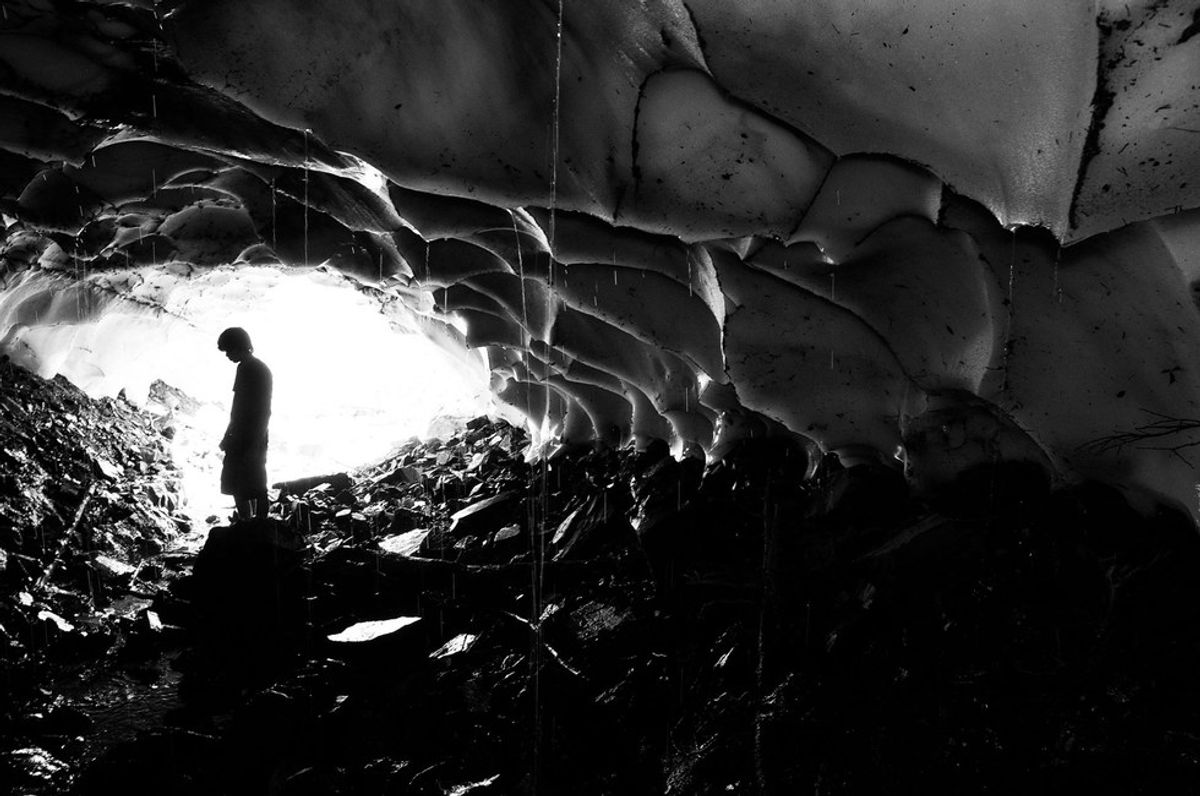 This is a conversation I’ve had many times. I work on a ropes course, and when I’m working on top of the zipline tower, fifty feet up in the tree tops, with kids climbing a telephone pole to get up to me, this conversation occurs almost every day.

Climbing up the pole isn’t to bad. It’s like climbing a ladder, so a little strenuous, but far from impossible. And when I have another sixth grader stuck on the pole just a few feet below me, refusing to move up or down and insisting on the impossibility of continued progress or safety that high in the air, I know better. I’ve seen people of all shapes and sizes climb the pole. I know any physically able person can make it up.

Yet I still have this exchange so often. Whether they look up at me or down at the ground and their belayer, neither can convince them that they can make it, once they’ve made up their mind that they can’t. I’ve had kids saying “I can’t, I can’t, I can’t,” as they’re making the last few steps to stand up beside me, and it seems ridiculous, because they are doing it.

In life we’re constantly afraid of something. As kids we fear bees, big dogs, getting in trouble and spankings. As teens we fear judgement, being left out and loneliness. As adults we fear death, losing people, change, the unknown, or purposelessness. The list goes on and is different for everyone. But fear is always present in our lives.

Last year I was scared of a lot of things. I felt out of control, weak and lost, which is scary. So I said “I can’t,” a lot, even to small things that normal people do easily. I said it a lot to God, because I couldn’t believe that he could see or understand what was happening or what I was scared of.

I was the sixth grader, clinging to the pole I was trying to ascend, looking up at God.

When God calls, or shows me a way of obedience, I too often refuse out of fear. I’m not able and I don’t want to fail or get hurt or lose something. So I can’t.

Hannah Hurnard’s allegorical book Hinds’ Feet On High Places follows the lowly character of Much Afraid as she journeys to follow her Shepherd to the High Places and out of the Valley of Humiliation. Much Afraid is weak, but the Shepherd assures her that he is will always come when she calls. When faced with an impassable precipice and her taunting enemy, Craven Fear, Much Afraid is afraid even to call the Shepherd, knowing he will tell her to do something difficult and give up her fear. When she calls him she’s still afraid.

“‘It looks so dreadful, Shepherd, so impossible.’”

The Shepherd isn’t disappointed. He doesn’t just tell her she can do it. But he promises to meet the impossible with the preposterous.

“The Shepherd laughed. ‘I love doing preposterous things. Why I don’t know anything more exhilarating and delightful than turning weakness into strength, and fear into faith, and that which has been marred into perfection.’”

Much Afraid realizes it’s not a do or die on her part. It’s not just failing or succeeding. It’s allowing the Shepherd to do his transforming work. Submitting to his will and way in her, despite inexplicable impossibility.

“Then she did that which only a short time before had seemed utterly impossible. She knelt down at the foot of the precipice and built an altar and laid on it her will, her dread, and her shrinking…”

The hardest part of being Much Afraid is the sacrifice that the Shepherd requires. He demands the fear and my own will be sacrificed, because they’re the things in my head saying “You can’t. You can’t.” Even when I’m held securely and safely in his will, the fear inside me ignores any comfort or safety that can be found in him and focuses only on the height he’s called me to.

The power of fear comes through in “I can’t”, when we surrender to the pressure that trying has to mean succeeding, and that we have to feel good and confident before we do something hard. Overcoming fear doesn’t mean doing better, it means trusting that what we are will be used and transformed. It’s sacrifice and humbleness, not being stronger and better, which is easier because it’s not up to us, but harder because it takes away our control.

The “I can’t,” doesn’t matter once we embrace and then forget it.
Report this Content
This article has not been reviewed by Odyssey HQ and solely reflects the ideas and opinions of the creator.