Busting The Myths Of Ecuador
Odyssey

Busting The Myths Of Ecuador 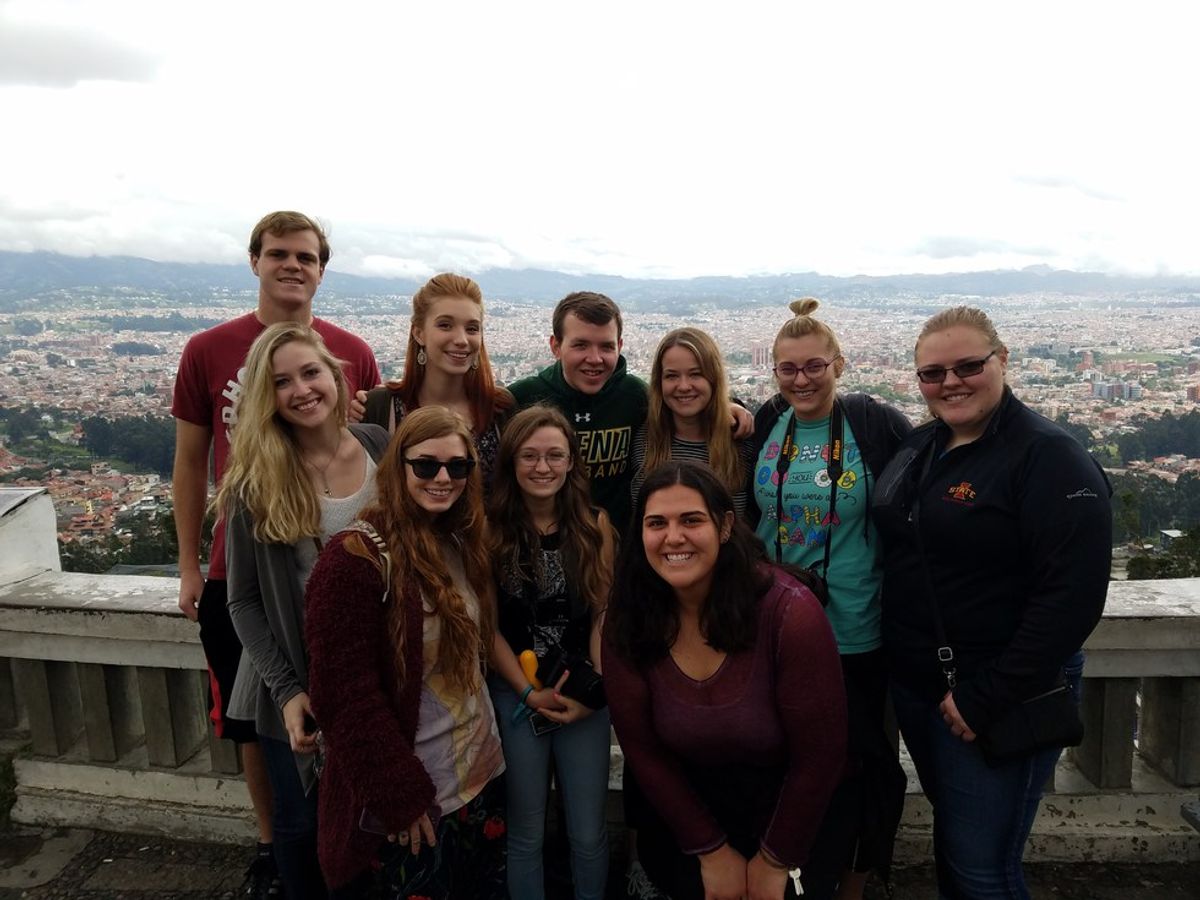 I’ve now officially been living in Ecuador for a month. Of course, there are tons of ideas in your head before you travel abroad. What will it be like? How is the climate? What are the people like? What if I don’t like their food? I think these all went through my head at one point. While I didn’t have answers to these questions yet, I only had stereotypes to go off of. I like to think that I have a pretty open mind considering my enjoyment for traveling. I don’t mind going to a country where I don’t know much. That’s the fun in traveling, you learn so much about a culture and location. I decided to have some fun and inform people about Ecuador. I asked a wide variety of people from ages ranges from 18-60 to get their insight about what they thought about the country.

I received this answer a few times. The rationale behind this one is that Ecuador is located on the equator (hence the name “Ecuador”). If a country is located right on the Equator the sun would be at an angle that would make the sun its strongest. While this is all true, it is not true that Ecuador is the hottest place on earth. Yes, the sun is at an angle that makes it stronger, however, located thousands of miles above sea level in the Andes mountains it is colder here than in other regions of Ecuador.

2. Ecuador is a family-centered country

This does happen to be true. While I’m sure some people do not have strong family values the majority do. Lunch is the most important meal of the day here and people will go home from school and work to have a meal with the family. They also like to spend Sunday together to do things such as watching movies.

While this is technically the main religion here, there are several others. In indigenous towns, especially, you will see the mixing of ideas between religions. The indigenous have incorporated the ideas of their earlier religion with the newer religions. While I have seen a lot of churches while being here, I have not seen or heard of any superstitions from the people.

While they do export bananas that is not the only thing they are known for. They export a lot of fruits and vegetables here. They are also known for some other things that they make here such as the Panama hats.

5. Average height is shorter than most

Walking around in Ecuador I don’t seem to notice height differences too much. There are certainly some people that are my height (4’9”) or even shorter. Maybe I didn’t pay attention to the height because I felt like I fit in with height. If you do any research online you’ll see that Ecuadorians tend to be on average between 5’ – 5’6”. While you will see a lot of people of an average height, you’ll also see those on the shorter end of the spectrum.

6. Ecuador is a poor country

Ecuador is a third world country. The country is still developing and trying to expand in many ways. The tourism industry here is beginning to develop more rapidly and bringing in more money for the country. Some areas, like where I currently live have a population that is almost all middle-class families. While other cities such as Guayaquil can be considered dangerous because of their wide discrepancies in income. Ecuador is also one of the top places to retire for older Americans. Therefore they too are bringing their money into the economy to spend.

While Colombia does border Ecuador and they are known for their drugs, it doesn’t mean that’s how Ecuador is. I’m sure that drugs are easily transported across borders but Ecuador is not the end of the line for the drugs. Instead, it is just a point to cross before continuing to other places such as the United States. During orientation, we were told that people do have drugs here that they will sell but to make sure and avoid it. It’s like any other country, if you look hard enough, I’m sure you will find a dealer. However, the drugs are not right in your face while you’re here. Lastly, if you are found with drugs in Ecuador the consequences are much more serious than some other places. Here you will be charged with international drug smuggling.

With the outbreak of Zika virus I know several people were concerned with my safety. However, Ecuador has a very diverse climate. I currently live high in the Andes Mountains between 8000 and 9000 feet above sea level. At this height, it is much more difficult for bugs such as mosquitoes to exist. Of course, there are still bugs even at this altitude, however, much less. I rarely see any bugs other than spiders. I have yet to see a mosquito in my month of being here.

9. Americans will stand out

This is 100% true. Anywhere you go in the world, if you are a minority, you will stand out. If you go specifically to Cuenca, Ecuador, you will notice very quickly that they love to stare. They stare at each other and foreigners. It is just normal for them. Although you stand out it is not necessarily a bad thing. I have never felt in danger for being a foreigner.

10. They will hate us because of trump

I got a few different variations of Ecuadorians not liking North Americans. While there may be some people that don’t like people from the united states, it isn’t the majority. While some disagree with the actions of president Trump they don’t take anything out on us. We can’t control what the president does in office and they understand that.

Just like in any country there will be stereotypes that people think of when they think of a country. You never really know the truth until going abroad or following someone that does. (;