Bullying How My Experiences Can Help You

Bullying How My Experiences Can Help You

I know it feels like you are alone, but you aren't. 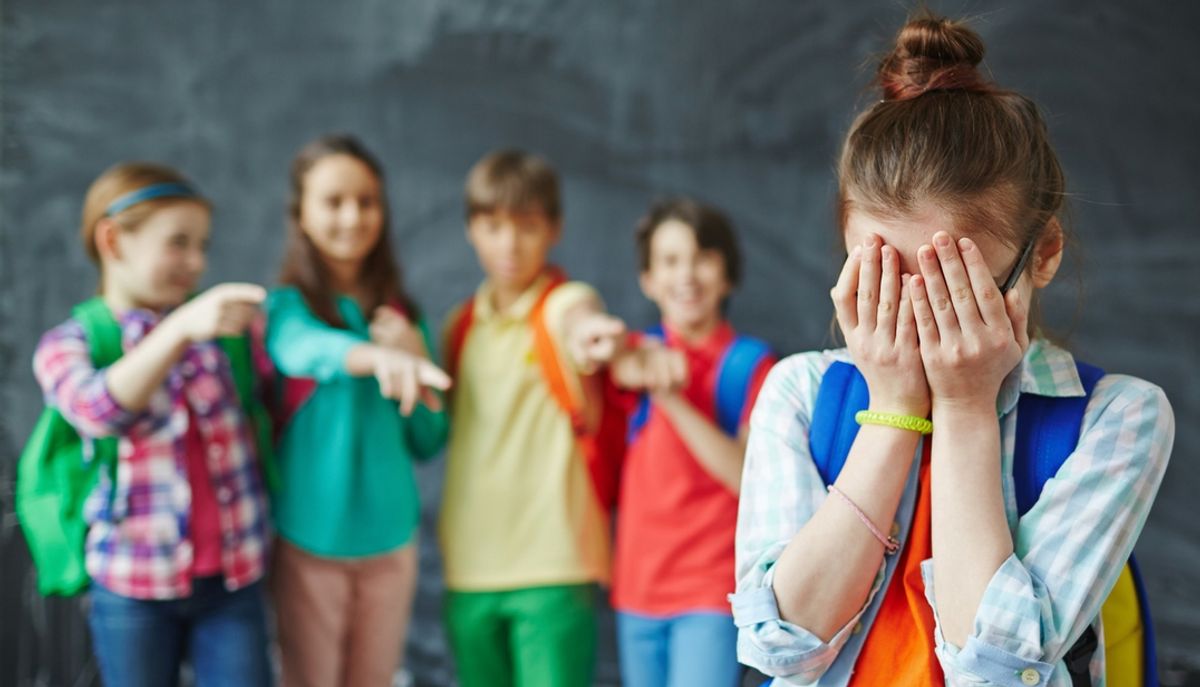 Bullying is a very pressing issue in life today. We do not know why people do it but we do know the effects it has on the individuals that are bullied.

I have been bullied my entire life. From Kindergarten, all the way until even a Freshman in college. Ever year there was always something against me.

At first, in elementary school, it was just the simple stuff. Then once it hit fourth grade, even the teachers were in on it. She has Touretts, we don't understand her, she is too happy of a child, why does she have a limp.

Right when it seemed it could not get any worse, it hit fifth grade. I was bullied to the point where I was home-schooled for a year and a half when a rumor went around that I had a disease that made me crazy and hyper and anyone could catch it. Now, looking back, obviously it was a silly rumor but for a fifth grader to have to spend her lunches alone in the library because no one, not even her closest friends would talk to her, that is traumatizing. When the kids at school realized I was leaving they all gave me hand made cards but at that point I didn't know why they even bothered because I only saw that they were the ones who did this to me.

Because this happened to me, I became a two sided person. One person was a quiet girl who never talked and sat by herself at school and only talked to the people who spoke to her or only talked to my friends if I had any. The other person was who I really was. This person only came out at home when I felt comfortable. This person was only shown to the individuals that were closest to me. Having this was hard for me but it was a barrier so that I did not hurt like I did that day.

Throughout everything I just kept thinking why me. Why the girl that didn't do anything wrong, why the girl who is nice to every person, and why the girl who would do anything for anybody. While being home-schooled for sixth grade it wasn't as bad but I was still teased for leaving "a real school" to "hide".

Seventh grade in middle school I thought it was over when I went back to an actual school but it wasn't. People were mean and teasing me for being home-schooled and a few "friends" weren't really friends to me.

When I was told we were moving to Florida, I was over joyed. I knew I wasn't going to miss the people (except a selected few) because they made my life hard. I moved in eighth grade and was teased for being the new girl from an "unknown" place. I didn't know what a few things were in Florida and people just thought I was weird.

When High-school came I was so nervous for what would happen but over joyed for leaving the horrible people back in middle school.

Unfortunately my high-school experience wasn't too different. The only difference in this one was that I knew how to hide my true self and only how my true self to my closest friends. The downfall of that was that the ones that ruined my life were either my Best Friends or my Boyfriend at the time. Throughout High-school I became way too thin and anorexic because I felt the need to fit in because everyone teased me otherwise. I refused to eat lunch and only ate dinner sometimes. I did not want to show anyone who I actually was in fear of being bullied more than I already was.

There were countless nights that I would stay awake at night crying myself to sleep. Some nights my mom would stay up until three in the morning just to make sure I was okay and there were other nights I just sat there alone because I felt like I would bother her too much if I had her around. I cannot tell you hoe may times I sat there thinking why me or how many times I thought that life would just be better to just end it.

Even though my life has been hard, it has made me who I am today. I chose to write about this stuff because you really do not know what you are doing to someone when you tease them or when you simply call them names or when you gossip about someone else. Because of what I've been through, I do not tel other peoples business and I try to treat everyone with respect.

I really want to stop bullying. I know it will never fully happen but if we minimize it and spread the awareness then people will actually see what they are doing.

I wanted to share my story beceuase throughout this entire experience I always felt alone. If there is one thing that I have learned now, it is that you are not alone. No one will have the same exact experience as you and maybe not everyone will know what your are feeling but that doesnt mean you are alone. Just know it is not your fault and you can over come this.