Volleyball: Is Grass The New Beach?

Move over football and soccer, a new sport is taking over your grass. 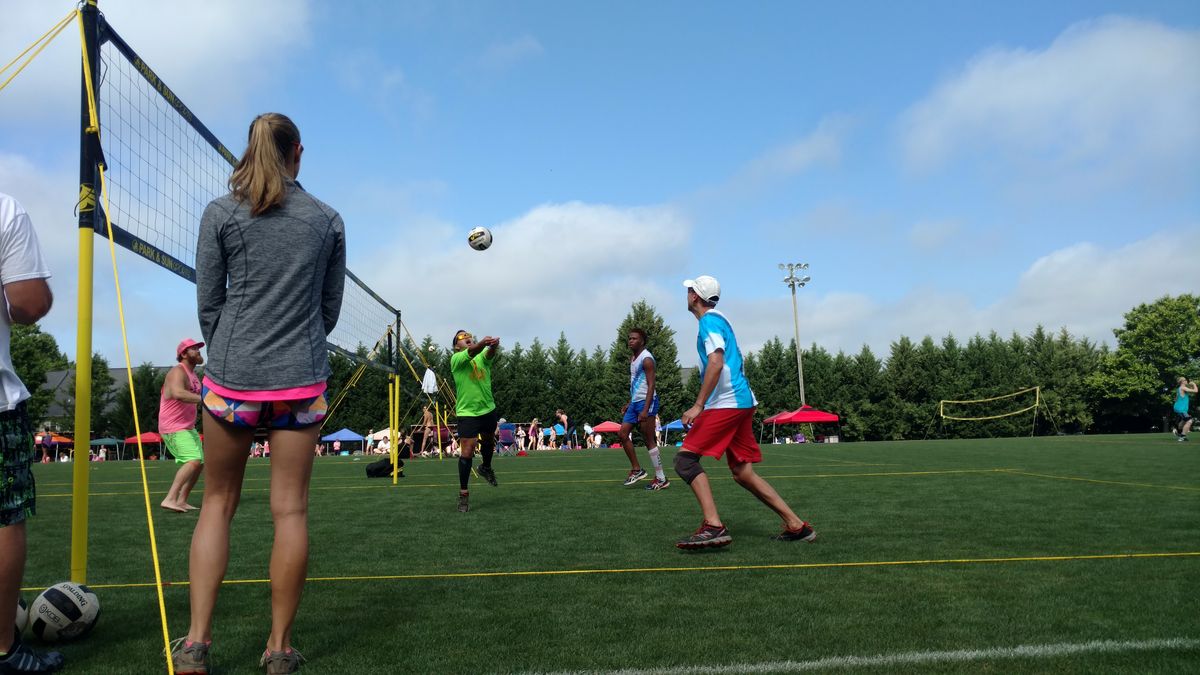 Indoor and beach volleyball are fairly well-known in the Triad, but some people I talk to aren't aware of the wonderful world of grass volleyball, so I figured it could use a little more publicity! Whether you're looking to compete at a high level, learn the game for the first time, pick up where you left off in high school, improve your fitness, or just make new friends, grass volleyball offers opportunities to do all of these things.

I grew up playing indoor volleyball in middle and high school and went on to play beach recreationally in college. Thanks to my older brothers who both played volleyball, I started playing grass volleyball tournaments when I was in high school.

Here are just a few reasons I love competing on grass:

I spent my formative volleyball years in Columbia, SC which coincidentally hosts two of the largest grass tournaments in the Southeast: The Clash and The Crown. Because I've played in those two tournaments for the past 15+ years, I may be biased, but they've definitely turned into my two favorite weekends of the year. They give away over $14,000 in cash and prizes, so as you can imagine, the competition is fierce!

If you can't make it to the Clash or Crown, here are some other tournaments around the US that are a lot of fun:

A few grass tournaments that are still on my bucket list:

Do you think you'll try playing in a grass tournament soon? Check out Volley America for the most comprehensive list of tournaments: grass, beach and indoor!